Is Cetaphil actually bad for you? 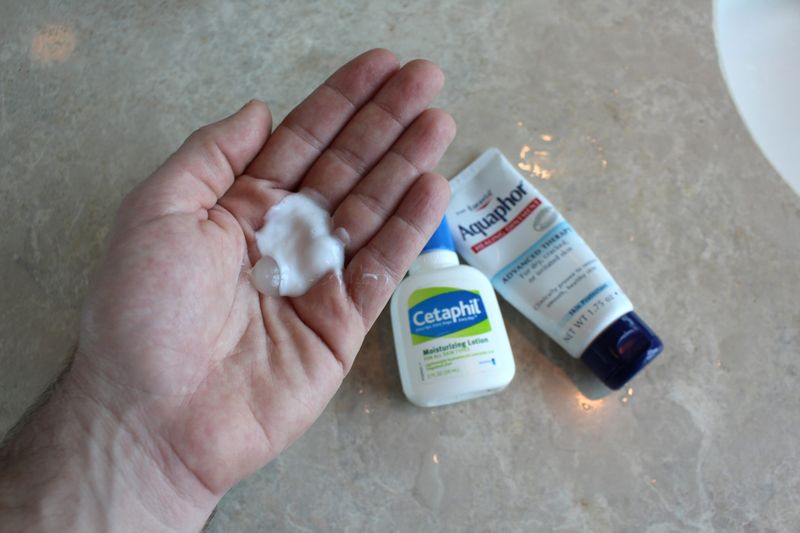 Among the exhaustive list of ~real~ products I’m ~actually~ using at the moment including: Huxley’s toner

I told them about my tried and true cleanser, Cetaphil

(Fun Fact, it’s pronounced SEE-TA-FIL). It’s been a solid gentle cleanser I’ve been using for the past few years. Seriously, though I’m testing so many great face washes (I really like Missha Super Aqua

ATM), I go back to Cetaphil whenever I need a restart to my regimen. It also gives me more confidence because it’s highly recommended by dermatologists across the country. To me, Cetaphil is completely Canadian in the best way: It’s sensitive, non-offensive, totally safe, smells great, just like I’d imagine Drake IRL.

SEE ALSO: Are beauty products toxic to your health?

While I was living my best life and not really paying any mind to the article, all of a sudden I started receiving a barrage of aggressive Facebook comments that called me out for using the very cleanser. One woman, a makeup artist who shall not be named, went on to question if I was a bona fide beauty editor. “How could he list Cetaphil when it’s extremely harmful to you?! Clueless.”

Was I totally blind-sided in my love affair with Cetaphil?

Usually, I’d brush off such comments, especially from trolls. Trust, I’ve received my fair share of death threats, hashtags trending on Twitter because I wrote something. True story: Once, a guy even threatened to come find me in NYC and urinate on my feet after I wrote a story on how open-toed sandals on men were disgusting. Sorry not sorry for my personal preference (I’m definitely correct in this issue).

These specific comments questioning me as a beauty journalist hit close to home, especially because they weren’t from trolls, rather, from my peers in the industry. Some were makeup artists, others, actual editors. For a second, I became totally insecure. Was I totally blind-sided in my love affair with Cetaphil? More so, was I really just off the mark when it comes to recommending products? Was I misleading my readers and those from New York Magazine‘s by recommending a toxic cleanser that would be harmful to their bodies?

Why is Cetaphil getting so much hate?

A quick Google search led me to Well and Good‘s article entitled: “Cetaphil, why the popular cleanser isn’t doing your skin any favors.” The article basically argues how “there’s nothing healthy about this face-washing prescription,” and how the ingredients are toxic to your body. One expert commented went on to say something really serious, that Cetaphil “is the equivalent to toxic sludge.” The reasoning, she said, was that a few of the ingredients were extremely harmful to one’s health.

“Cetyl alcohol (an ingredient), is an emollient used in many cosmetics, is essentially a wax,” said Julia March, a skincare expert in NYC. “Propylene glycol is a common humectant (meaning it brings moisture from the air to the skin), but it also enhances product and chemical penetration into the skin and blood stream. Sodium lauryl sulfate is a foaming agent, and skin and eye irritant, that disturbs the healthy lipid barrier of the skin, and parabens are a group of preservatives being phased out for potential health risks.”

With so much misinformation out there, I took matters into my own hands. I sought out a few experts who are definitely not sponsored by Cetaphil (I asked them point blank, if so). I wanted to get to the bottom of this and get them to answer this: Is Cetaphil, indeed, toxic sludge?

“Parabens, as of late, are no longer popular among consumers, due to a belief that they contribute to diseases like breast cancer…there’s no direct evidence”

To study Cetaphil, I went back to the archives of history. The brand, created in 1947 by a dermatologist in Canada, was, according its site, “safe and simple formula that could be mixed with other skin care remedies.” Since, the formula hasn’t changed much. Its parent company, Galderma Laboratories, was created in the early 1980’s as a joint venture between Nestle and L’Oreal.

My biggest question was if these outdated ingredients from more than 60 years ago was still suitable in 2017. After all, technology has gotten a lot better and there has been more research into better ingredients, not to mention this whole push for organic beauty. But “outdated” doesn’t necessarily mean it’s bad, says Stephen Ko, a cosmetic chemist, who’s become Reddit’s go-to expert.

Breaking down these so-called “toxic” ingredients:

What about using ingredients like parabens? According to Stephen, fear of parabens aren’t grounded in fact. “Parabens, as of late, are no longer popular among consumers, due to a belief that they contribute to diseases like breast cancer,” he tells me. “There’s no strong scientific evidence that this relationship is true, but we do have data that parabens can contribute to breast cancer cell growth – but they’re in experiments where the cells are directly exposed to parabens. In terms of humans, there’s no hard evidence yet.” He points to this conclusive study that you can read here.

Dr. Deanne Mraz-Robinson agrees and says how parabens are still safe. “Parabens are used as preservatives to ensure integrity of personal care products,” she tells Very Good Light. “There are theories correlating parabens to endocrine issues and carcinogenicity, however, they have been deemed safe according to the FDA.”

And the other ingredients of contention like SLS, cetyl alcohol, propylene glycol? Stephen breaks it down for us:

“Cetyl alcohol and stearyl alcohol are emollient fatty alcohols which also have some mild surfactant actions – which help remove dirt, soil, and makeup from the skin,” he explains. “Propylene glycol is a solvent with water-binding properties. These are all really common in skincare and you’ll probably find them in many of your favorite products.”As for SLS? Since Cetaphil’s formula doesn’t foam, he says it’s safe to assume there’s “quite low amounts.” The ingredient is a powerful and standard ingredient that creates foam to remove dirt, soil and makeup. “Sodium lauryl sulfate can be irritating, and there are certainly newer, natural, and gentler surfactants,” he says. “On its own, sodium lauryl sulfate is used as a standard in skin irritation tests, but it can be combined with other surfactants or emollients which reduce its irritation. The overall effect on the skin is what matters – not the presence of an ingredient.”

Why dermatologists still recommend it

Even after all of this contention, why are dermatologists still recommending it? The reason behind that, simply put, is that it’s a solid, gentle cleanser. “Cetaphil gentle skin cleanser is a lipid free cleansing lotion,” says Dr. Joshua Zeichner, a dermatologist from NYC’s Mount Sinai Hospital. “It contains cleansing ingredients that are gentle on the skin and does not disrupt the skin barrier. It can be applied and removed without even using water. After it is removed it leaves behind a hydrating film on the skin, making it an appropriate choice even for people with dry and sensitive skin.”Of course, Cetaphil isn’t for everyone. “As with any new product, if you develop any redness, burning, or stinging, the product should immediately be removed from the skin,” he suggests. “If you suffer from any persistent irritation, is it a board-certified dermatologist for proper treatment.”

Dr. Mraz-Robinson sings Cetaphil’s praises because it does its job without over-drying. “I suggest it because it is a color-free, fragrance free well balanced synthetic detergent (non-soap) cleanser that cleanses the skin without over-drying, which is key,” she says. “Many cleansers are soap based and are much too stripping and drying for the skin. Cetaphil is great as it cleanses without being irritating or too abrasive.”

Long story short: is Cetaphil ~actually~ toxic sludge? No. Are there certainly better, more specific options out on the market to fit your needs? Of course. Could Cetaphil’s ingredients be updated from 60 or so years ago? Sure. A modern version would look like Glossier’s Milky Jelly, minus the rose water, says Stephen.

My final conclusions to this entire ordeal is this: Cetaphil isn’t for everyone. If you’re into organic products or “paraben-free,” that’s definitely a choice you have to make. But by saying it has zero beneficial ingredients and is actually harmful to you is in and of itself a harmful statement. Will I continue using Cetaphil? Hell f***ing yes. It’s worked for me and I’m sure, will continue working for me. If it’s worked for millions of people for the past six decades, who am I to disagree? Now can we all carry on to more important matters? Like, if eye creams are an actual scam? 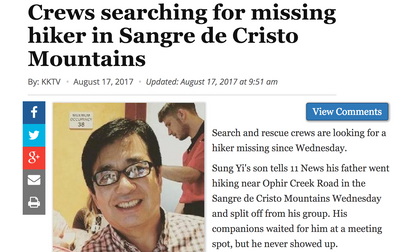 
What happens when your dad goes missing?


Here’s how to prepare for the Fuckboy Apocalypse