The truth about toxins in your makeup

We live in the age of green.

With environmental concerns at an all time high (thanks, Trump!), and the all knowing power of the Internet in our pockets, it’s no surprise we’re more concerned than ever about ingredients and their effects on our bodies and our planet. It is nearly impossible to browse a beauty site without a mention of toxic ingredients, or to scroll through Instagram without an influencer trying to convince you your night cream may be poisoning you. Heck, Gwyneth Paltrow has created a whole empire based on scaring people away from synthetic ingredient.

SEE ALSO: Everything you wanted to know about the term ‘cruelty free’

It’s easy to be scared by words like toxins, synthetics and poisons without knowing what they ~actually~ mean. And brands have now played into consumer demand for “cleaner” products, upping fear around traditional products to sell theirs. With so much information, it can be hard to figure out what is legit, and leaves us asking the question … are my beloved beauty products killing me??!!

Stephen Alain Ko, Cosmetic formulator and the blogger behind KindofStephen, weighs in and gives us the low down on what ~actually~ is harmful to us. Below, he spills the tea on toxins.

First things first, what even is a toxin?

“A toxin is a chemical produced by a biological organism or process that is poisonous to the organism it is toxic to,” Stephen tells Very Good Light. What in the beauty world is commonly referred to as a “toxin” is actually just a synthetic chemical with toxic effects, which should be properly referred to as toxicants, he says.

“The most important thing to understand about toxic effects is that their effects are dose-dependent, benign – even healthy things can exhibit toxic effects if an organism consumes or is exposed to too much,” he tells Very Good Light. In other words, these ingredients can have toxic effects on the body if they are used in large quantities, but it doesn’t make the ingredient itself toxic.

So should I be worried?

Stephen makes it clear that there are no sure answers on whether the ingredients labeled as “toxins” are harmful. Anyone giving you a definite ‘yes’ or ‘no’ answer on the matter is giving you an opinion, not a fact. Most information on them comes from older studies that would be nearly impossible or extremely expensive to reproduce.

“Studying ingredients that may pose risk in cosmetics can be tricky,” says Stephen. “There isn’t necessarily a huge pile of money stockpiled to fund these studies at universities, and often research is driven by consumers or their doctors reporting adverse effects to health agencies.”

There’s also the issue that testing these ingredients in large enough doses on human participants is believed to be harmful, which would make it unethical. It’s one reason that brands would rather test on animals, which is equally problematic.

He also points out that this is a very personal subject and you should take your own assessment of risk into consideration.

What about parabens? Why do we say they’re so evil? Can they cause cancer?

Parabens are used as a very effective microbial, and can be used in a wide variety of formulas, which is why they are so commonly used. They are a preservative that prevent fungus and bacteria, which is essential “because no one wants to use an eye cream with E. coli in it,” says Stephen.

However, they are a controversial ingredient due largely to a study in 2004, which found the presence of cosmetic parabens in the tumors of 20 patients with breast cancer.

The original authors of the study re-examined their research and went to great lengths to emphasize that just because the ingredient was found in the tumors, there was no evidence that proved it was the root cause of them. Simply, it points that they may be linked.

Since, the research is not much clearer. The conclusion? There needs to be more studies conducted. However, due to the stigma of the original study, brands are beginning to cut parabens from their products.

“Because of the large consumer movement away from parabens, evidence based or not, the industry has had to respond, and we’re seeing many new preservatives on the market,” says Stephen. “It’s important to understand that this isn’t because there’s secret data that parabens are harmful, but because customers are demanding paraben-free products.”

Not necessarily. Not all harmful ingredients are synthetic, such as psoralens, which are found is essential oils. Many consumers are sensitive to components of natural fragrances, even though they are marketed as safer.

“Essential oils have replaced synthetic fragrances in many cosmetics,” Stephen tells us. “They can create a beautiful marketing story and brand identity, but in some cases these essential oils are even less understood than what they’re replacing.”

Natural essential oils have to be harvested and blended and there are many factors that can go into production. Stephen says many oils can act as an irritant or allergen if not handled properly.

What about the environment and Mother Earth? Are toxins killing her?

While there is no definite answer, most research points to yes. The most damage being done affects the coral reef and other aquatic life. We’ve been told how harmful micro beads can be to the ocean. And after the ban on microbeads passed last year, other options such as silica, cellulose and natural fibers are being introduced.

The largest contributor of microplastic into our environment is actually from our clothes. Synthetic fibers go into our water via washing machines and cannot be filtered out.

For this reason, Stephen encourages being more mindful of your own apparel.

“I’ve personally switched back to natural fibers such as linen, wool, and cotton – and I encourage you to consider the same if you tossed your scrub with plastic microbeads because you didn’t want to contribute to water pollution,” says Stephen.

Another product that could cause damage? Sunscreen. While it’s essential for good skin and protection from cancer (it’s actually a fact), organic sunscreens can harm the organisms that create coral. When a swimmer wears sunscreen in the ocean, the chemicals can transfer from their body into the ocean.

The research is relatively new, but it points to ingredients like benzophenone-3, and enzacamene that weaken these organism’s abilities to protect themselves, Stephen tells us.

Many sunscreens are beginning to market themselves as “reef safe,” but at this time there is no legal regulation on that term, so it may not actually mean anything. Although it is not the most practical, Stephen says the best way to protect the reefs is to not wear sunscreen while swimming, and opting to use UV protective clothing instead.

“While some of us may mistrust larger brands, companies like L’Oreal employ some of the most brilliant minds in the industry and they have the funding set things into motion that smaller companies lack,” says Stephen.

At the end of the day, Stephen says researching is key. It is ultimately our responsibility to see if products are safe for us or not. Just make sure you are doing it for the right reasons, not because you are being scared (or pressured!) into it. 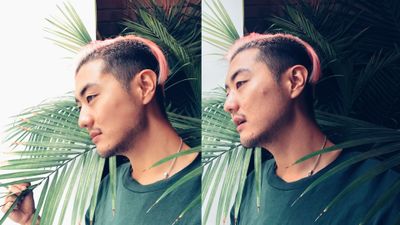 
Glossier wants you to rethink powder with Wowder


We tested the fidget spinner that’s also a lip balm 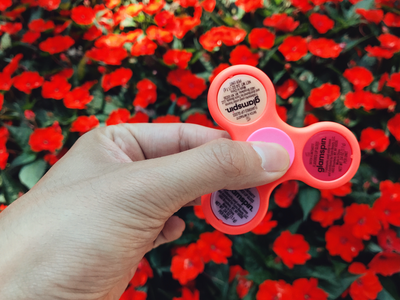