What happens when your dad goes missing?

By the time Christine called me on the phone, it was already too late.

I was in my rental car, an electric Chevy Bolt, feeling all kinds of Angeleno-like, zigzagging through traffic on the 10 West, the speakers blaring some song by Demi Lovato. Liz, my friend from Brooklyn, and I decided to go to Venice Beach – and all was so perfect. That’s when our serene LA day was interrupted by Christine’s unsettling call.

SEE ALSO: What happened when I saw my father cry

“David,” she said sternly. “Have you heard from your parents?”

It was rather peculiar. Christine rarely, if ever, called.

“It’s weird because my mom’s with them, they took a trip to the mountains and no one’s answering their phones.”

They were supposed to be home by 2, she explained. When 7 p.m. came rolling around and they still hadn’t appeared at church, it raised alarm bells.

I didn’t think much of it and told Christine I’d call her back. That’s when, in a matter of a few minutes, I found my world spinning out of control. Neither of my parents picked up their phones and when I called my sister in Columbia, South Carolina, she hadn’t gotten a hold of them either. Strange behavior, I thought. At least one of my parents always called us back.

By the time we got to Little Tokyo, Christine had given me an update.

“We found my mom!” she said with a relief. I let out a big sigh as well.

I had spoken too soon. My mom was fine, but it turned out my dad was missing.

As Christine explained, when the three of them were supposed to meet back at my dad’s SUV around 2 p.m., he never appeared. They sojourned into the mountains to go on their annual mushroom foraging adventure, a common Colorado pastime for this time of year, somewhere between the Sangre de Cristo and Wet Mountains. The mountains are the southernmost subrange of the Rockies and said to be treacherous, steep territory, a place where there are at least 25 missing hikers every year. From 2010-2016, there were 46 known deaths by hikers, campers and people like my parents, “shroomers,” who go into the mountains to forage wild and rare mushrooms.

In a 2014 article in the Wet Mountain Tribune, Mushroom Season is one of the most common times for people to go missing. A co-captain for the county said that these foragers are so concentrated on the ground, “when they finally look up, they haven’t got a clue where they are or how they got there.”

Not coming to any conclusions, I took a deep breath.

It’s interesting what fear makes you do. One, is go into a deep denial, allowing you to go into self-preservation mode.

I called the Custer County sheriff’s department to no avail. It was past 5 p.m. and the small county’s department was already closed. Local police departments were no help as the area my dad went missing was out of their jurisdiction. Still, I frantically left dozens of messages pleading for someone to get back to me.

It’s interesting what fear makes you do. One, is go into a deep denial, allowing you to go into self-preservation mode. I decided to meet my friends for dinner in order to find some semblance of normalcy. To make everything go away.

As we had Korean food, silence in between the metal chopsticks clanking on our bowls, the rice and beef causing indigestion, I kept looking closely at my phone. Mom, dad, please call, I said as if telepathically sending them a message. Please call soon. Please call now. Just … please.

I excused myself to the bathroom to collect my thoughts. It was all too much. I couldn’t help but look around and find many families together, their dads sharing stories, children rolling their eyes, laughing at dad’s dad jokes, wondering how nice that must feel. To be normal. To be without worry. It became all too much. While the world was still alive and functioning, mine was crumbling before me. Would I ever see my dad again?

Quickly after dinner, the sheriff called back.

“It’s a really rugged area,” he explained. “Steep terrain and there are also wild animals. I don’t want to alarm you but we’re going to send out our team of search and rescue. Finding him is like finding a needle in a haystack. And we can’t do anything until daylight around 5:30. Don’t worry too much. They’re the best in the country. I’ll give you updates if we get any.”

Should I pack up my stuff and head to Colorado? I asked. “I wouldn’t until 24 hours later,” he replied. “When that time comes, I’d highly suggest you get here. That’s when we’ll know it’s serious…”

That news shattered me completely and while I was busy picking up the shards of my heart everywhere, I still had to keep it together for my older sister. By that time, it was midnight in the east coast and understandably worried, she wasn’t still up.

“What do you mean they’re not going to send anyone until 5 a.m.?” she asked over the phone, her voice shaking, cracking. “What about dad? He’s alone out there and it must be cold. Why aren’t they helping him?”

For someone who always had an answer to everything, who had always been the encouraging one with positive mantras to share, I found myself with absolutely nothing to tell her. There were no words of comfort, just uncertainty.

I’ve often wondered how a person is supposed to react in the midst of utter hopelessness. Are they supposed to be crippled with fear, becoming a victim of the unknown, go into deep denial or the opposite: cling onto hope for dear life?

Understandably, I couldn’t sleep that night. I felt too guilty. Scenarios began playing through my mind. I imagined my dad in the Colorado darkness, meandering through the wild, the cold creeping into his bones, the wolves howling at the moon. Was he scared? Was he injured? Was he calling out for help? Was he calling out for us? Was he thinking we had given up on him? Was he hopeless or did he choose to be hopeful?

The sun came up when I opened my eyes and I rolled over to look at my phone. No calls. I quickly called the sheriff’s office for an update. At this point, it was about 6 a.m. and search and rescue was already dispatched. My sister and her husband decided to take the first plane out of Columbia and help my mother find my father. I’d find out later, but she was there in the mountains all night, setting up camp, searching tirelessly for her devoted husband.

A few hours went by and still no word. I buried myself deep in work and started typing away on Very Good Light, finding solace in the stories I was editing. It was self-preservation and utter denial but again, I was desperate for any semblance of normalcy. I looked briefly at my phone. Four hours until that 24 hour deadline to find my dad.

Time was running out.

As I made a couple more calls there was still no word. With now an hour to go before we had to call it quits, I sat there, stunned, crippled by anxiety. Come on dad, you can do this…come back to us, I whispered.

“Is this David?” a woman on the other line asked.

My phone dropped out of my hands and I couldn’t help but weep. All of that pent up emotion was released, the brackish tears stinging my sanguine face. The relief rushing over me like a tsunami.

I immediately called my sister who had just landed in Denver, to tell her the news. Both exhausted, we began sobbing out of deep gratitude to the universe, to God. Gratitude that he was alive, that we’d be able to see him again, that all hope was restored.

Days later, my dad opened up about what had happened. Search and rescue would have never found him, he said. They went west when he went east. As my dad will recall, his leg was sprained from a fall and he had limited mobility to climb back over the mountain. He’d lost his way after foraging his mushrooms. Time and place become intertwined when you’re deep in the mountains, and he became disoriented after being far from the group.

As night crept by, he set up camp on a flat boulder, where, in nothing but a polo and shorts, he sat, helpless, shivering, the only thing he could hear in the deafening silence, his chattering teeth. He figured he didn’t have any option but to wait until the sun came back up. Running out of supplies, he came to a horrifying conclusion: If he didn’t find help in the next few hours, he’d be dead. Fear isn’t what drove him to survive. It was hope. He could die, or live. He chose the latter.

When sunrise came, the warmth flushing back into his bloodstream, he traced back his steps. He thought through how he lost his way. Going back to his Korean army days, he was able to locate North, South, East and West. To get back, he’d have to venture West. With only one working leg, he crawled his way up the mountain, inch by inch. After making it up a trail for three hours, he oriented himself and realized he finally knew where he was.

The only problem was getting up the next steep hill. Running out of time, he sat there, catching his breath, hopeful. Just then, he spotted a woman, foraging for mushrooms at the crack of dawn. He asked her for water and a little food. Miraculously, she was Korean as well and offered him something better: Korean rice cakes. She later drove him back to his car, where he was finally discovered by authorities. There, he reunited with my mom, who thought she had seen a ghost. Certainly, she thought, she’d become a widow. All of this was a surprise. All of this wasn’t supposed to happen. Grief-stricken, they embraced, their bond stronger than ever.

Weeks later, we’re very fortunate we can laugh about this ordeal. Though the most harrowing and heartbreaking 24 hours of my entire life, it was also one where I’ve learned so much about the human condition. We are more resilient than we think. We are more powerful than we imagined. We love harder in the midst of fear. And only when we cling onto hope, rather than hopelessness, is when we not only survive, but thrive. Let’s keep that hope close to our chests, protect it, and keep it alive.


Does your skin change from summer to fall?


Is Cetaphil actually bad for you? 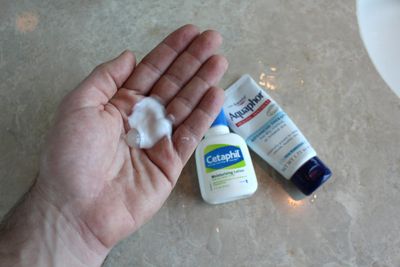