I got crabs and this is what I did

It was the summer of my junior year when I started taking classes at a local community college, and oh, got crabs.

I failed two essential classes in my major and needed the summer semester to go smoothly so I could ensure I graduated on time.

I was homeless, living off of friends’ couches to save money. One week was at Susan’s, the next, Charlie’s, and when my friend Elex was gone for the weekend, I’d stay at his place until he came back. It was here that I caught crabs. While he was away, I felt a little frisky one night and decided to go on a social media app to try seeing who I could hook up with. Scrolling through, I found a guy I thought was really cute. After flirting, as one does, I asked if he wanted to come over.

He was cuter in his profile picture and a lot younger, but it was summer and I was in heat. There was a fire between my thighs and I needed to get it out. Little did I know this itch would become literal.

We didn’t actually go full on with anything that night. I decided I was too tired, so was he. It was the weekend after Independence Day and we were both born out from a week festivities. Instead, it was purely PG-13. We romped around naked, his skin glistening next to mine. His patches of hair were sporadica around his body, on his chest, then some sprouting on his torso. His pubes were nice and clean. I sent him off after kissing him goodbye, not caring to ever think or see him ever again. It was a pure carnal hookup: Absolutely all about the physicality, without any emotions involved. But I’d realize I’d be thinking about him more than I’d want to in the next couple of days.

Life was blissfully normal. Class started in the mornings, then at night, I’d find another friend’s couch. We’d talk about the elections, how Trump couldn’t possibly win, with a glass of cabernet in our hands. We were young, careless, and free.

We were young, careless, and free.

The summer afternoons were a scorcher, but the nights found respite in the cool breeze that would gently rock me to sleep. Then, I started to itch really hard down there. I thought it was probably my skin being dried out because of the hot water I’d use for showers. That is, until one day, when I was laying down on my friend’s couch and dropped my boxer shorts. There wasn’t anything that was too egregious or out of place except my skin under my pubic hair was a little pink. That was to be expected, I thought, it’s dry down there.

Then, I’d wake up in the mornings to find that my underwear had brown specks inside. It was as if there was a pepper shaker that left permanent marks on the inner portion of my white boxer shorts. I thought it was probably dried skin or residue from my balls that needed a scrub. Every single day after that I’d find that new markings would be left on my underwear. I examined them closely and was extremely puzzled as to what was going on. It was finally after I started Googling “brown spots left on underwear” that I came across a few articles to figure what was really going on.

According to Google, I had crabs. That is, pubic lice. That’s live animals moving into your pubes, squatting and refusing to to pay rent or leave, instead, sucking your literal blood dry and then starting a huge family, leaving a huge legacy behind. My eyes started to well up with tears. Salty eye juice started to form and I began to panic. Actually, I began hyperventilating. Never in my 20-years did I ever get an STI or any sex-related diseases. After all, I always used protection and would never ever compromise that.

Researching more into crabs made me realize that protection in the form of latex doesn’t keep you safe from lice entering your pubic hairs. They’re called crab louse and can spread by human to human contact. What’s worse, is they can attach themselves to your eyelashes as well, something that can easily happen when you’re going down on someone.

Researching more into crabs made me realize that protection in the form of latex doesn’t keep you safe from lice entering your pubic hairs.

Basically, they’re like the lice you find in your hair in elementary school, except these are even smaller, more nefarious, and hang on like a mother f***er. They’re named “crabs” because they look like the sea creatures. Instead, these have four separate claws. About 2% of the population gets crabs and I was unlucky enough to be one of those.

They’re named “crabs” because they look like the sea creatures.

In recent years, there have been studies that suggest there’s been a decline in crabs thanks to women getting Brazilian and bikini waxes. This means that crabs have no hair to latch onto, falling off on one’s clothes. But it’s been proven to be false, as crabs are still able to hold onto something and infest deep in one’s skin. CHILLS AGAIN WRITING THIS.

Back to my story. I couldn’t believe I had crabs. After saying a prayer, meditating for all of three seconds and hopping in a car I started Googling how to get rid of these things. The first thing I found was to use Rid shampoo, the same that kills hair lice. It was all of midnight at about now, and having no insurance, seeing a doctor was not an option for me. Good thing, then, that Google informed me this was a type of STI I could self-treat. Google then said to buy Vaseline, as that’d suffocate these insects and they’d die. Tea tree oil, too, apparently, is an insecticide. Though, this doesn’t kill off eggs. The Internet then said that I’d need to shorn all of my pubic hair so that all of the crabs are gone. That means even between the butt cheeks.

That means even between the butt cheeks.

I rushed home, got into the shower, and started lathering my pubes with shampoo. I made the mistake of mixing water with it. Apparently, this dilutes the solution and it’s not as strong. You’re supposed to wait for 10 minutes, but I waited for 15, just to ensure that these pests would truly be deader than dead. After drying off, I took the comb inside the Rid kit and started combing through my pubic hair. This is where I start getting chills once again. Combing through I realize just how many eggs were coming out and at close glance, I found a few fully grown adult crabs that were still alive.

I gagged. (And am gagging now!)

After, I took an electric shaver and shaved all of my hair off including my stomach hair, inner thighs and cheeks. You can never be too sure. I then took a razor and gently took a closer shave once more around so that I’d get every last strand of hair. Forty-five minutes later, I looked down to my pubic area to find that a few pores were bleeding. It wasn’t from the shaving either, rather, were areas that were being eaten alive by these suckers. Ugh! I proceeded to put tea tree oil and vaseline around to soothe the skin. Rid said that I’d want to do this 7-8 days later so I didn’t throw everything out.

Two days after, I found that my ball sack was scaly, dry and flaky and started panicking. Google told me that I had another STI or a fungal infection. Literally, my ball sack was flaking and sloughing its skin like a snake who outgrew itself. I started panicking once again and dropped to my knees and prayed. After moisturizing for a night, I realized that my scrotum was peeling because it was sensitive to Rid. The scrotum, after all, is one of the most tender spots on the entire body. Sighing in relief, I realized it would all be okay.

A few years later, I look back at this experience and am still traumatized. No one wants to get any STI or something live like crabs. But I realize that having crabs wasn’t the worst of STIs I could have gotten. And it was self-treatable without medication or prescription drug. After admitting to my friend Elex what had happened, we both vacuumed the entire apartment, washed and dried all of our clothes on high heat, and then laughed about it. I feel so gracious towards him for understanding that this was an awful and embarrassing experience and for not judging or being too upset.

More so, I realize that I have to be a lot more careful when it comes to selecting a mate to sleep with. To this day, I haven’t had many random encounters. Whenever I look at a hot torso or cute face, I always remember that crab flailing its arms inside that lice comb, and my boner instantly shrivels away. I hope to get over this and am slowly starting to recover. It’s something that can happen to you, too. Just be super careful and make sure you at least know who you’re sleeping with. 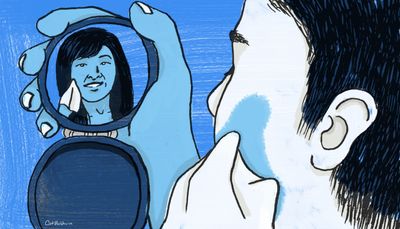 
How Korean beauty helped me reconnect with my mother 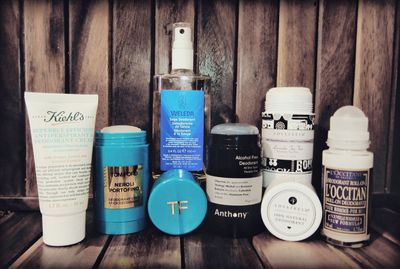