Welcome to Groom Raider, a weekly series where we go into the grooming closets of the people we admire to see what products they use. While we browse through their moisturizers, creams, fragrances and more, we get a glimpse into their past lives and the stories behind how they came to be. Last week, we went into the grooming closet of Mick Batyske, where we met the the A-list DJ at his Brooklyn brownstone.

“Take off your shirt.”

So says our intrepid photographer, Kathy Boos, on our photoshoot with Hayden Szeto. It’s unexpected and he had no time to prepare. Hell, he just ordered a leg of lamb from room service right before. But he’s game.

Hayden is the actor who everyone seems to be talking about as of late from the teenage rom-com by Kelly Fremon Craig, The Edge of Seventeen. The movie stars Hailee Steinfeld as Nadine, a modern-day teen who’s confused about life and love. She seeks guidance and refuge from her history teacher, Woody Harrelson, who readily gives her advice in dire situations (like what she’s supposed to do after telling her crush she wants to sleep with him).

Among the sea of Hollywood A-listers in the film, it’s Hayden’s character, Erwin, who completely shines. He plays the good guy, the one with the winsome, boyish smile. The one who’s unassuming but still pursues the girl and has no luck in love because, well, he’s just the “adorkable” BFF. But Hayden is so good and so convincing – not to mention heartwarming–  he’s getting the attention from the masses.

On set, he says it was a learning experience working alongside Hailee. After all, she has been acting for almost a decade.

“I’ve observed her and really seen her vitality, her speed and reflexes,” he says. “In the blink of an eye she can switch on and off. Before an emotional scene she laughs and cracks jokes before. She’s ready to go at any time. Sometimes for me I get serious. But not I’m trying more of what she does and getting loose. It’s helped.”

“I’ve observed her and really seen her vitality, her speed and reflexes,” Hayden says of co-star Hailee Steinfeld

“Szeto is so funny and charming that we feel as if we’re watching a star-in-the-making,” says The Mercury News.

In real life, Hayden is just as much a star. His face is also extremely youthful; it’s hard to believe that he’s 31 – he plays a teen convincingly. “I don’t really use anything with my face,” he says. “I usually will rinse with water. I was lucky that I had my mom’s genes.” To stay in top shape and give good face on his press tour, he’s using Recipe for Men Under Eye Patches

. They’re perfect for depuffing from a late night out and cures tired eyes. Other goodies in his dopp kit: cleansers and moisturizers from a Dermalogica kit

; a razor from Gilette; and and Old Spice Wolfthorn Scent.

His real hack he’s learned through the years, though, is using products from MAC, like a MAC SPF

. “My sister works there so she tells me everything that I need,” he says. From her suggestion, he’s been using a Clinique undereye cream

which he swears by. For his hair, he’ll use Paul Mitchell or the Japanese brand, Gatsby wax

After a conversation about products, he walks out of the bathroom.

And then, takes off his shirt.

He might seem under-the-radar, but underneath, we see a guy who could easily play the leading role in an upcoming feature, or even an action hero.

“In the script they said Erwin has a nice chest,” Hayden says. “So I decided he has a nice everything and worked really hard.” To get into fighting shape, he boxes 3-4 times a week. Then he’ll do weight training, pull-ups, push-ups, planks. “And really high cardio.”

“In the script they said Erwin has a nice chest,” Hayden says. “So I decided he has a nice everything and worked really hard.”

It shows in his physique. His chest is chiseled and has a tattoo on his left pectoral. “Without struggle, there is no progress,” it reads. It’s his life mantra, one that he goes to find motivation. After all, being an actor in Hollywood, is not only tough, it’s unforgiving.

“All of this happened quite quickly and much faster than I expected,” he says. “It was overwhelming at first and I’m getting used to it.” He’d been working for 7 years before this as a struggling actor trying to find meaning in his acting and a light at the end of the tunnel. A Canadian-born whose parents are from Hong Kong, he grew up obsessively watching films, studying them, and being engrossed in movies.

“I’ve always grown up dissecting movies and wanting to be in movies,” he says.

In the near future, he wants to stay in this industry for as long as possible and has goals he wants to achieve soon. “I want to work with Tom Cruise and Tom Hardy,” he says. “Christian Bale is an actor I look up to.” And then there’s the dream role: Bruce Lee. “I really want to play him. He’s so much more than a martial artist. He’s a philosopher and a real thinker; he unified the world with martial arts.”

The future is bright and it’s obvious Hayden’s bound to become Hollywood’s next leading man. In the end, he remembers his start, where he came from and why he’s doing all of this.

“My mantra has always been to remind yourself of how you felt the first day you came to LA and why you’re in this business,” he says. “You have to feel like that every single day. It’s easy to get jaded but you have to push and remember that fire.”


What does it mean when straight men sleep with crossdressing men? 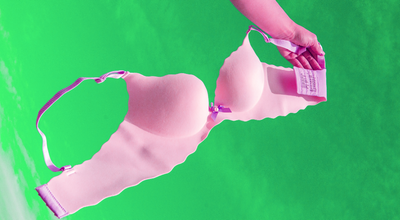