Being an ally to the autistic community means understanding their experiences, first

But the autistic community is asking of its allies for not only awareness, but autism acceptance, and autism appreciation…every month.

April can be a challenging and exhausting month for autistic people. Worldwide, they are the subject of ableism, stigmas and misconceptions that come to light through performative efforts for a month-long flash that always seems to fall short of positive action. This year, the autistic community is asking its allies to show up, learn, and listen.

“You know, people with autism can do anything. I feel like people put these barriers or like roofs on top of our abilities,” Cheryl Fyfield tells Very Good Light. “I’ve been told throughout my life by health professionals or by friends, ‘I know you want to be a nurse, but you can’t be a nurse.’ And I don’t think that’s anyone’s right to say that. It’s me, and I know what I am capable of, and what I can do, and this label doesn’t stop that.”

For the 25-year old, who has 8.7 million likes on their TikTok account, is also known for their positive, informative and uplifting videos about autism, and proving their strength in their identity.

To embrace their empowering independence, Cheryl has traveled alone through Iceland, witnessing the Northern Lights and the Milky Way on their last solo trip before settling into their role as a children’s nurse in a coastal town in England.

To begin this month of autism acceptance, Very Good Light spoke to three autistic individuals about celebrating their identity, and educating allies for autism.

The Struggles Behind Diagnosis

Mads Urzada is a 24-year-old from Canada, who wants to build a career in art. They were diagnosed with autism in February of 2021, and breathed a sigh of relief upon getting the news.

“I finally had an explanation as to why I was having the experiences I was,” Mads says. “It also enabled me to finally accept myself exactly for who I am which has been incredible.”

Suriel Adrastos, aspiring singer and songwriter, says she had an easier diagnosis experience than most. She was only on the waiting list for about six months before receiving a confirmed answer. Her brother and father are autistic as well, so she explained the process to be more seamless.

For most though, the process can be much longer and uncertain. Cheryl was referred to be diagnosed at age 20, and waited two years for the initial appointment. But they tell Very Good Light that it is not uncommon for the autism diagnosis process to take several years, so self-advocating and research is essential.

“[Diagnosis] was such a relief, and so much stuff made sense from when I was a teenager,” Cheryl tells us. “I really struggled in my mental health, and this is something I brought up, saying I think I might be autistic, and it got shoved off. Like, ‘No, definitely not. You don’t hit any of the criteria.’”

From the first published descriptions of autism, it has been a male-typical disorder. Studies, surveys and cases have been reported to reference a consensus ratio of around 4:1 male:female.

“A lot of women and AFAB people are diagnosed late in life because a lot of the diagnostic criteria is based on men,” Mads says.

This results in more accessible education surrounding autism in males, and much less information about females, including things like early signs and detection.

Not only does this crucial gap in healthcare delay an official diagnosis, but the process can often leave people feeling lost in a search for true identity and self acceptance. And in most cases, even after diagnosis, autistic people still have to deal with proving their identity every day.

Even when autism was listed in Cheryl’s medical records, when it came to health care, their struggles were blamed on mental health, not autism.

“I had it on my records that I was autistic, so they had to request the report and stuff because they just thought that I’ve made up somewhere,” they said.

Regardless of the difficulties getting there, people within the community say that a final medical diagnosis of autism is a huge sigh of relief and form of clarity.

“It was finally like, now I know I’m autistic, I know I need to recharge, I know I need to prioritize myself,” she says. “All of this stuff that helps me and helps my mental health, I could now do because I was diagnosed, and it made more sense to me.”

Connecting with Others in Their Community

About 1%of the world population has autism spectrum disorder, but no two autism cases are the same. Self-advocacy for disabilities is not easy, and finding a relatable community can ease that hardship. For Cheryl and Suriel, this has been primarily on social media.

“Because of my TikTok I’ve gained some confidence for advocating for myself, and I now use it in real life, which really helps me,” Cheryl says.

Cheryl said they used to see other autistic creators and be inspired by them, and wanted to recreate that relatability for others, to show autistic people that there are others like them. When Cheryl’s first two videos about autism went viral, they say the response was amazing. They told us they never really expected to have such an impact or receive so much attention.

“I did a video on panic attacks at school and I had so many responses saying that this is going to help them cope with them at school better. And it felt great because I felt like I had given someone advice that I wanted, when I was at school, but I didn’t get it,” Cheryl says.

With the positive feedback comes online negativity, and though Cheryl says she is normally pretty good at dealing with it, some personal comments can be extremely hurtful.

“I get comments sometimes like, ‘How can you be a nurse if you’re autistic? I wouldn’t want you to be my nurse,.’ And well, you don’t see me as a nurse and you don’t see what I can do. I think it’s just very rude.”

Mads and Suriel tell us that they were seeking to connect with people that had a similar experience as them, and they were fortunate enough to find many. But they say that when they started speaking out on autism and themselves, they immediately noticed that there was a lot of stigma, negativity and just a general lack of knowledge regarding autism.

Through speaking out about ASD, many autistic people are left to educate people, which is helpful to reaching acceptance, but can be exhausting to autistic individuals.

“No one knows the autistic experience like autistic people do,” Mads says.

As for the work that us allies can do this month, and every month, Cheryl asks for support and true accommodations.

They tell Very Good Light that a lot of people will say they know about autism, but then when actually comes to it, people don’t want to accommodate the things that would help them.

“It may not be a big deal to you, but it’s quite a big deal to someone like me…This is what autism is,” they say. “But this is also stuff that can support us and help us.”

And the job of allies is to be constantly fighting to abolish ignorance and misinformation surrounding the autism community, Mads says.

If you have an autistic family member or relative, have a conversation with them about how they would want to be supported, or things that you can do better, Cheryl suggests.

“Just listen to like autistic people, listen to what they want, what they need, and just be kind. It may seem weird or strange or different to you, but for us, it can be really important. Just small things make a massive difference,” Cheryl says.

Often times, non-autistic people do not even realize when they are speaking over autistic voices, Suriel explains. Allies must truly listen, and uplift, abolish stereotypes and support autistic creators.

Autism awareness is only a stepping stone to autism acceptance, and the celebration of autism appreciation.

“Most people know what autism is, but have very little understanding about what it means. A lot of people I’ve met think they know everything about autism because ‘My grandson’s autistic’ or ‘I’ve watched The Good Doctor,’” Suriel says.

She shares that just because some autistic individuals have different symptoms than you may expect, it doesn’t make them any less autistic. 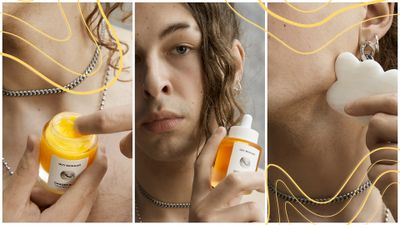 
How these trans voices are celebrating international transgender day of visibility 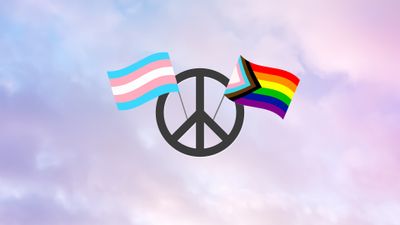