The stigma against mental illness in Asian culture is deadly. Here’s how you can help.

Honestly, we can’t truly celebrate AAPI month without talking about mental health and destigmatizing psychiatric illness within our communities.

There are so many social and cultural issues at play when it comes to identifying and treating mental illness within the Asian American community. We are held to the impossible and unreachable standard of the model minority myth – that despite generations of trauma and racism, Asian people have overcome all obstacles to success and assimilation in American society. We are held to unrealistic expectations for success and assimilation by our families and communities, but are socially and culturally taught not to acknowledge our pain. In the late stage pandemic world, Asians in America are facing higher and higher rates of hate crimes – an immense psychological burden on its own.

In many Asian cultures, there is a huge stigma towards having a mental illness, much less talking about it. Studies show that Asian people in the United States are the least likely demographic to seek mental health treatment, but that 17.3% of Asian Americans in the U.S. will experience psychiatric illness in their lifetime.

There has always been a jade elephant in the room with me, wherever I go: my bipolar disorder and my anxiety. I have struggled with mental illness since I was very young, young enough that I don’t remember a time in my life when I was ever unaffected by it.

For a long time, I didn’t understand why I was so wildly unhappy– yet it still put a chokehold on every aspect of my life. I was always fighting with my family. Many of my friendships could have been described as tenuous at best. I struggled with intense self-hatred and body dysmorphia for not being able to conform to and embody either Western or Eastern beauty standards. I was always acting out – cutting class and crashing cars.

In hindsight, I had no idea that I had any sort of mental illness, much less a real problem, until I was diagnosed with depression and then bipolar disorder in my late teens. But until then, it wasn’t even a consideration in terms of what my persistent social and emotional problems could be: I just thought I was a bad person. A very bad person, because I couldn’t live up to the model minority myth in the classroom and the workplace, and because I had intense interpersonal issues with both my Chinese and American families. I felt like it was my fault – that constantly acting out and showing my pain was a sign of weakness.

Most teens who receive a psychiatric diagnosis typically receive it in the form of an intervention – I did, specifically after my high school teachers told my parents about the scars on my arms, and after my friend called the police during a bout of suicidal ideation. Instead of an involuntary inpatient psychiatric hospitalization, I agreed to go to a therapist and a psychiatrist three times a week until I became stable. At first, I was in denial about having any kind of psychiatric illness, but during that process, I realized that I had never really been “okay” in a clinical sense for pretty much my entire life. That alone was jarring – was the world different – and happier – for everyone else?

Treatment and recovery as an ongoing process

As an adult, the answer to that question changes every day for me. But as a child and a teenager, how could I have known that? I accept myself as I am now, but I think often about how early-onset bipolar disorder essentially stole my childhood and adolescence from me, and how the stigma of feeling and behaving “badly”  has made and still makes me prone to communication issues and isolation. But I know now that mental illness is way more common than people perceive it to be, especially more than the isolation and stigma of living with it actually feels in the moment, and I live a vibrant life that I love with it and in spite of it.

I tried many things–candles and yoga and prayers, but medicine and therapy were ultimately what saved my life in the literal sense, but also in terms of being fully able to enjoy my life for the first time ever.  Even though my mental health issues were and can be severe and debilitating at times, accessing and utilizing psychiatric and holistic mental health care made a world of difference in my quality of life. It was hard to get help, but I am very lucky to have been able to access those resources when I needed them most.

The stigma against mental illness and seeking help for it in Asian culture is deadly for many people. It stops them from getting help – and to be clear, I never sought help; it was thrust upon me only when I was literally dying. It is so important to check in on and support all your friends and loved ones if you sense something might be amiss. At the end of the day, I don’t owe my life to medicine, but to the people in my life who have shown up for me and advocated for my health and happiness, the people I love.

Want to celebrate AAPI month and you don’t know how? Call your Asian friends and tell them you love them – it makes all the difference in the world.

If you are having a psychiatric health emergency please contact the National Suicide Prevention Lifeline at 800-273-8255. 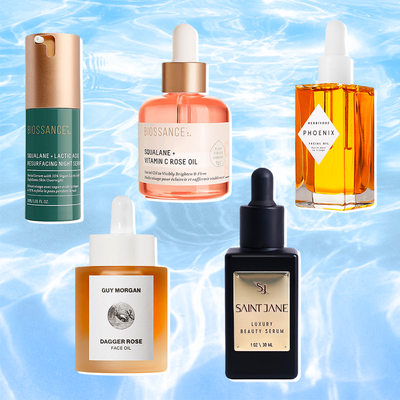 
What’s the difference between a face serum and oil?


The 25 best creators to follow on NEWNESS, the live-streaming platform for all things beauty 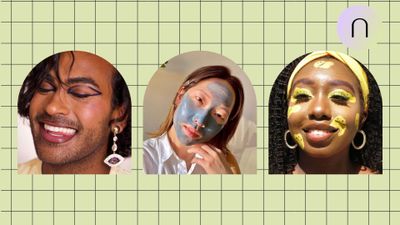