Living with HIV in 2021: Three gay men share their stories and how they fight the stigma

Homosexuality has historically been heavily stigmatized, but the HIV/AIDS epidemic of the ’80s and early ’90s—which disproportionately impacted the gay community—further fueled the rampant homophobia across the world.

The first appearance of AIDS popped up in Los Angeles and New York in June 1981, mysteriously affecting gay men. Many reported cases of immune deficiency among the gay community appeared, suggesting that the cause of the deficiency was sexual. The mysterious illness was initially called Gay-Related Immune Deficiency, or GRID.

By September 1982, the CDC recognized and named the mysterious disease Acquired Immune Deficiency Syndrome, or AIDS. As more cases appeared throughout America, officials realized the disease was being spread through blood, commonly transmitted through sexual contact and sharing of needles. AIDS begins with a virus called HIV which stands for human immunodeficiency virus. The virus attacks the immune system making it unable to be effective in fighting off disease-causing germs (pathogens) like bacteria, viruses, and more. Contracting HIV can lead to the development of AIDS; however, a person can have HIV without getting AIDS.

SEE ALSO: Why decolonizing sexuality is important for the future of BIPOC LGBTQIA+ communities

Today, over 1.2 million people are living with the HIV virus in the United States. New preventative medication such as PrEP can reduce the risk of HIV transmission by 99%. Despite the recent breakthroughs in HIV/AIDS research and prevention, gay men continue to face harsh stigmas associated with HIV and AIDS. Today in the United States, gay men are only allowed to donate blood if they have not engaged in male-to-male relationships within three months.

Very Good Light spoke with three openly gay and HIV-positive men to learn about their HIV journey and what they learned about along the way. They share how they cut through the stigma surrounding their HIV-positive status in the LGBTQIA+ community, how they coped with their diagnosis, and how they are now uplifting and educating others dealing with HIV.

Nathaniel is an openly HIV-positive activist based in Dallas, Texas, and has been HIV positive since 2012. His HIV story begins when he was in a long-term relationship with another gay man who kept his status a secret. A year into the relationship, Nathaniel eventually found out his partner was HIV positive. This led him to quickly getting tested to find out he was negative.

“It sent me into an emotional tailspin,” says Nathaniel. “Being with somebody who said that they love you but they don’t disclose something very intimate that you should know.”

A year later after ending his relationship with his HIV-positive partner, Nathaniel began to notice various changes in his body, like loss of weight, changes in his skin health, and migraines. Nathaniel was later diagnosed with HIV.

“It was a scary moment that day, just not knowing what the future held for me,” says Nathaniel. He was overwhelmed with not knowing how to digest this new reality and how to tell others in his life. “I felt like I was a completely different person.”

Nathaniel quickly sought out treatment, which includes a daily medication that has since rendered the virus undetectable. While his physical health eventually stabilized, his mental health as a result of the deception and diagnosis was still rocky.

Initially, after learning about his diagnosis, Nathaniel believed that this was something that he would keep to himself and not tell his family, which led to depression.

The turning point for his HIV journey was when he eventually sought help through a counselor. His counselor suggested that he partake in community work, which allowed him to feel more empowered, not alone, and lucky.

“I saw so many situations that were so much worse than mine,” he says.  This encouraged Nathaniel to be more open with his story and status and uplift others in his community who might also be struggling in similar situations. “I owe it to other people who may be in my situation or worse and tell them that you can still have a great life and you can still thrive.”

Nathaniel was later nominated to join the Ryan White planning commission in Washington D.C., which allowed him to partake in making decisions on how to allocate funds to organizations to serve the needs of those affected by HIV. This experience gave Nathaniel a very high-level look at HIV policies and health care, which inspired him to initiate his non-profit that aims to fill the gaps that existing organizations cannot.

Nathaniel is now located in Dallas, Texas, where he is leading the development of his non-profit called The FreeLux Project, an organization that provides virtual mental health services for free. The non-profit is set to launch officially in the fall of 2021.

Kalvin learned about his HIV diagnosis in a very unconventional setting. Living as a gay man, he would get routinely tested for HIV. A woman from the clinic tried to reach out to Kalvin through phone calls and texts and eventually met Kalvin in person at a local Starbucks to personally deliver his HIV-positive diagnosis.

“Those initial moments were like if your TV lost its reception and the screen goes fuzzy,” says Kalvin.

Kalvin’s initial coping mechanisms were considered dangerous, as he entered a very unfamiliar world of health care and caseworkers.

“It felt like my life completely shifted and that this wasn’t something that I could talk about,” he says. Kalvin initially swore to himself that he would not speak up on his status, but the pressure became too much for him to hold inside.

“I felt like it was too heavy for me to carry around, so I decided to tell everybody,” says Kalvin. He wrote a long Facebook post sharing his status and received lots of support in return. The Facebook post sparked communication between Kalvin and others who have been hiding their status in his local community.

Being more open about his status and supporting others in his community allowed Kalvin to become “a voice instead of a victim.” For Kalvin, there is so much more life outside of being HIV positive. “What better way to make an impact on the world than to be open and show all the life that happens outside of the doctor’s office?”

Today, Kalvin is passionate about helping others who are going through a similar journey and sharing that people who are HIV positive can live a normal life, and the stigma behind it is not real. “Through my social media, I show that life is normal, except for having to take a pill every day.”

Byran is a fashion designer and fitness enthusiast based out of southern California. His HIV story begins when he was in a long-term relationship with a man while studying at university. Throughout Bryan’s relationship, he was not aware of his partner’s HIV-positive status. After finding out, Bryan quickly got tested and was diagnosed with HIV.

“This was it, this was the end, was my initial thought,” Bryan recalls.

Bryan’s own stigma and misunderstanding of HIV led to a state of disbelief when he was initially diagnosed.

“I thought that only drug addicts or people from third-world countries could get this,” says Bryan. “I was so out of tune with reality.”

“I always tell people that HIV was one of the best things that ever happened to me,” says Bryan. Since he contracted HIV at such a young age, this experience forced him to grow up quickly and focus on his health and fitness.

“HIV has pushed me to be a better person,” says Bryan, who cares for his body through regular workouts and by eating healthy. 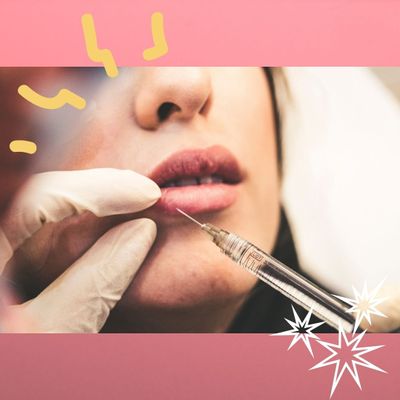 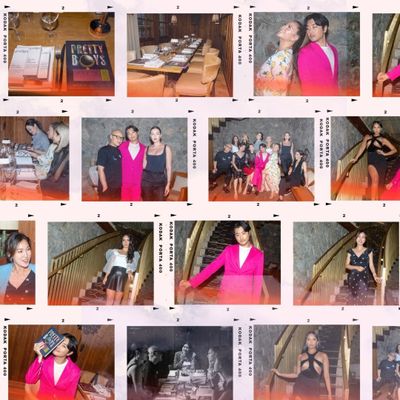