Feminism has been a controversial topic since the push for equal rights began in the late ’60s.

So many inspiring women ushered in this movement, like Gloria Steinem, Betty Friedan, and Ruth Bader Ginsberg. But what do all of those women have in common? They’re all white, hetero, and cisgender.

This Women’s History Month, it’s important to ask ourselves why these are the only names that most of us know about. Since its inception, it appears to some that feminism has seemed to only serve white women – women who are always white before they’re a woman (remember the 2016 election?). There’s been that aspect of privilege that has gone unconfronted for the majority of the first and second waves of feminism.

Womanism is a neo-feminist ideal seeking to be inclusive to women who have more than one right to be fighting for.

Comparison of womanism and feminism

Many women are turning to womanism as they’ve confronted the fact that feminism does not serve them in the ways that they need when it comes to the intersectionality of the nuanced and multifaceted issues that they face. The term womanism is coined by writer and activist Alice Walker and is a form of feminism that is inclusive to women of color.

Womanism acknowledges and even emphasizes women of color’s contributions to the feminist movement. Alice Walker defines it as a womanist as, “a black feminist or feminist of color.”

What womanism has evolved to is a truer form of intersectional feminism. In an excerpt from her Black Scholar article, sociologist Patricia Hill Collins writes, “Clearly rejecting what they perceive as being the limited vision of feminism projected by North American white women, many black women theorists have been attracted to this joining of pluralism and racial integration in this interpretation of [Alice] Walker’s ‘womanism.’”

For example, Black feminist theologian Katie Geneva Cannon’s (1988) work Black Womanist Ethics invokes this sense of the visionary content of womanism. As an ethical system, womanism is always in the making — it is not a closed fixed system of ideas but one that continually evolves through its rejection of all forms of oppression and commitment to social justice.

SEE ALSO: Meet the face behind @browngirlhands, a Gen Z activist for representation in the beauty industry

Although feminism is based on the equality of sexes, many believe it’s still not inclusive enough. People who aren’t white, straight, or cisgender don’t get to choose between fighting against racism or fighting against sexism or even against classism. Those are unique experiences that white women will just never have to go through.

There are Black women, Indigenous women, Asian women, and trans women who have contributed to the feminist movement who are not celebrated or even talked about because of the erasure of women of color within the movement. Names like Sherly Chrisholm and Marsha P. Johnson have only just begun to receive their flowers as well-known contributors.

In another excerpt from Patricia Hill Collins’s Black Scholar article, she writes, “[Alice] Walker also presents a visionary meaning for womanism. As part of her second definition, Walker has a black girl pose the question, ‘Mama, why are we brown, pink, and yellow, and our cousins are white, beige, and black?’”

“The response of ‘the colored race is just like a flower garden, with every color flower represented,’ both criticizes colorism within the African-American communities and broadens the notion of humanity to make all people of color…womanism thus furnished a vision where the women and men of different colors coexist like flowered in a garden yet retain their cultural distinctiveness and integrity.’”

White feminism and its lack of effectiveness

The culture of white feminism today has encouraged a “girl boss” narrative of corporate success as the pinnacle of equality for women, but that narrative has been proven to not work.  The rise and fall of  The Wing, a co-working space for women, occurred as a result of its own lack of awareness that the many women who benefit from feminism are white women. The CEO of The Wing, Audrey Gelman stepped down after multiple employees and members alike spoke out about the racist experiences.

In a quite disheartening personal essay, Roxanne Fequiere wrote about her own experience as a member turned employee at The Wing for Elle Magazine. The issue with The Wing was mostly that they ignored the fact that they weren’t just working with women, but Black women, Muslim women, trans women, non-binary-femmes, and so on.

She shares her story of microaggression after microaggression. At one point she was asked to lead a Black employee resource group to which employees can have a space to share issues that can be confronted. Many shared instances that were blatantly racist, and even Roxanne had a white colleague tell her to have babies with her white husband as “halfies” she says is “God’s way of promoting world peace.”

Another instance that stuck out to me when reading her essay was that when an incident was reported, a corporate communications letter drafted to members had an issue that Roxanne had pointed out. The letter minimized that incident to a racial one rather than a racist one. She believed the wording should have been more straightforward, but since there were no witnesses to the incident, it could not be identified as racist but rather racial. Another colleague even sent a message to Slack and asked a condescending question of whether an incident could even be racist.

It’s important to share these findings especially as Women’s History Month is coming to a close. Women have the backbone of this country from voting rights to reproductive rights. Much has changed and improved but by no means should we settle for the quiet suffering of BIPOC women. Womanism seeks to close the gaps between race, gender, and class by being inclusive and highlighting the multi-faceted issues that women of color and trans women face. 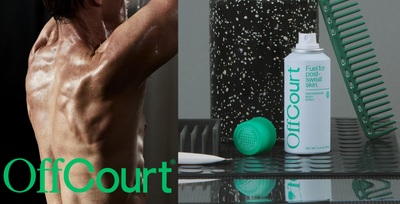 
How this Brooklyn ballet dancer serves face despite high-intensity training 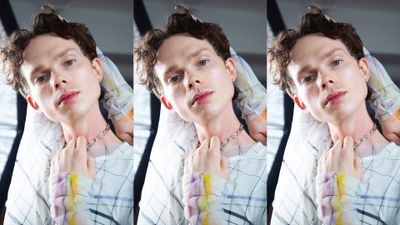