A very necessary look at LGBTQ+ history, and how intersectionality has impacted the movement

Much of LGBTQ+ history is whitewashed.

One only need look at 2015’s film, “Stonewall,” which offensively erases PoC’s who lead the queer rights revolution. Of course, the movie isn’t the only example of rewriting history – it still happens today. It’s a reason why there was such controversy when the Pride organizations will being led by white leadership.

SEE ALSO: To make America great, we must first burn it all down

To prevent further whitewashing of the LGBTQ+ movement, it’s important to educate ourselves with its history so we can better amplify the voices that need to be heard while identifying where progress still needs to be made.

Since the nitty-gritty of the movement isn’t widely taught in school’s curriculums across America, Very Good Light has done the work. We’ve compiled a quick educational breakdown on the history LGBTQ+ movement below, with an emphasis on how intersectionality has impacted the cause. Here are key points of history you need to know.

Until the 1980s, most public establishments banned queer people, and the few bars that welcomed queers were owned and managed by the mafia. Stonewall Inn in New York City was known for catering to the most disenfranchised LGBTQ+ groups, like butch lesbians, effeminate young men, drag queens, male prostitutes, transgender people, and the homeless youth. Police raids were frequent in gay bars, but the mafia often bribed them with money, known as the gayola, to turn a blind eye and resume operations. But on one particular evening, things changed forever.

This PBS documentary is a must-watch to understand the exact series of events that took place and witness testimonials from those that rioted that evening on June 28th, 1969 at Stonewall. Police officers lost control of their raid when hundreds of Greenwich Village residents defied orders and began fighting back. This ensued for six nights, with thousands of rioters in total.

Micheal Fader, a patron of the bar and a rioter that evening explains: “We all had a collective feeling like we’d had enough of this kind of shit. It wasn’t anything tangible anybody said to anyone else, it was just kind of like everything over the years had come to a head on that one particular night in the one particular place, and it was not an organized demonstration… Everyone in the crowd felt that we were never going to go back. It was like the last straw. It was time to reclaim something that had always been taken from us…. All kinds of people, all different reasons, but mostly it was total outrage, anger, sorrow, everything combined, and everything just kind of ran its course. It was the police who were doing most of the destruction. We were really trying to get back in and break free. And we felt that we had freedom at last, or freedom to at least show that we demanded freedom.”

Garbage cans, bottles, rocks, and bricks were being thrown around, with the first projectile thrown by drag queens. Sylvia Riviera, a prominent Latinx transgender rights activist, said to the police: “You’ve been treating us like shit all these years? Uh-uh. Now it’s our turn!”

As the riots gained momentum and coverage in the press heightened, the neighborhood’s residents quickly organized into activist groups, and three newspapers, called Gay, Come Out! and Gay Power were established to promote gay and lesbian rights. On June 28, 1970, the first gay pride marches occurred in New York, Los Angeles, Chicago, and San Francisco. Soon after, gay rights organizations sprung across the U.S. and the world. Memorably, the New York Police Commissioner James P. O’Neill publicly apologized on behalf of the NYPD in 2019 for the officers’ actions that night at Stonewall.

The start of organized gay activism

The Mattachine Society and Daughter Of Bilitis, two homophile organizations created in the 1950s, were mostly concerned about asserting that homosexuals were respectable, normal people that conformed to society’s image, so the trials of being arrested for wearing clothing of opposite gender that most concerned effeminate men, masculine women, drag queens and transgendered people were considered separate struggles. Professor Susan Stryker asserts that the Compton’s Cafeteria riots that occurred in 1966 in San Francisco, where drag queens, hustlers, and trans women risked being arrested, was an “act of anti-transgender discrimination, rather than an act of discrimination against sexual orientation, where issues of gender, race, and class were being downplayed by homophile organizations.”

On July 4th, 1969, when the Mattachine Society performed its annual picketing in front of Philadelphia’s Independence Hall, organizer Craig Rodwell felt restricted by the conduct rules set and convinced 10 couples to hold hands. These hand-holding couples garnered more press attention than previous marches, and it was clear then that the established quiet, meek ways of trying to get attention for the cause were gone. Rodwell’s first priority afterward was to establish Christopher Street Liberation Day in New York.

The Mattachine Society’s mild methods no longer worked for people who felt empowered by the riots, so the Gay Liberation Front was formed, with Marsha P. Johnson as one of the founding members. It was the first organization to use the word “gay.” The GLF aligned itself with anti-war and Black movements to restructure American society, but four months later it disbanded when members couldn’t agree on operations.

Frustrated members formed the more orderly Gay Activists Alliance. The GAA developed a confrontational tactic called a “zap,” whereby they would catch politicians off-guard during a PR stunt and force them to acknowledge their rights. The 70s had many victories, one of the most significant “zaps” occurred at the American Psychiatric Association convention, where activists interrupted the film documenting electroshock therapy that was used to decrease same-sex attraction. The APA subsequently voted unanimously to remove homosexuality from the Diagnostic and Statistical Manual.

But many groups were still marginalized within the LGBTQ+ community. Feminist activists Jean O’Leary protested the presence of drag queens and cross-dressers at rallies because she felt that it mocked women for entertainment value and profit. O’Leary also worked to exclude transgendered people from gay rights issues because she thought they would be too difficult to obtain.

Lesbian feminism in the 70s also conflicted with the gay liberation movement, as some lesbians refused to work with gay men. They felt that the gay men’s attitudes were often patriarchal and chauvinistic. Issues most important to gays, such as entrapment and public solicitation, were not shared by lesbians.

Sylvia Riviera worked hard within the Gay Activists Alliance group to promote citywide gay rights and anti-discrimination ordinance, but when it came down to making deals, the GAA dropped the portions in the civil rights bill that dealt with transgender rights and drag because it seemed too “extreme.” GAA was increasingly becoming more conservative since several founders were looking to run for public office and continued to exclude drag queens and transgendered people.

Riviera also dealt with issues of poverty and discrimination faced by people of color, which caused friction in the GAA since it was mainly made up of white middle-class gay people. Mainstream LGBT groups routinely dismissed Rivera’s Latina identity. Then, by 1973, Marsha and Silvia were banned from participating in the gay pride parade by the gay and lesbian committee, stating that they “weren’t going to allow drag queens at their marches since they were giving them a bad name.” But Marsha and Silvia defied this ban and went ahead anyways to the parade. The duo decided to found Street Transvestite Action Revolutionaries (STAR), a group that helped homeless young drag queens, gay youth, and trans women.

Thanks to the Sylvia Rivera Law Project, people are protected to freely self-determine their gender identity and expression, regardless of income or race, and without facing harassment, discrimination, or violence. Unfortunately, today there are still many cases where trans people particularly of color are disproportionately affected by harassment from the police, bias-driven assault, and fatal violence leading to murder. Recently, Trump even erased transgender civil rights protections in healthcare.

Just like Obama said during his second inaugural address in January 2013, “Our journey is not complete until our gay brothers and sisters are treated like anyone else under the law—for if we are truly created equal, then surely the love we commit to one another must be equal as well.”

If you want to learn more about LGBTQ+ history and the important figures who’ve made it possible for our queer brothers and sisters to exist freely, check out some of the films and documentaries listed below.

1. The Death and Life of Marsha P. Johnson

Moonlight explores the protagonist’s difficulties with his sexuality and identity, including the physical and emotional abuse he endures growing up.

According to a study from GLAAD, over 80% of Americans don’t personally know someone who’s transgender. That means most people learn about trans people from the ways they’re depicted in movies and TV. 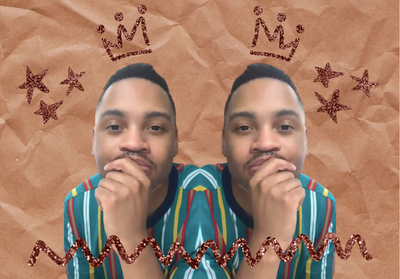 
We had a Zoom hangout with ‘Pose’ star Ryan Jamaal Swain


What it’s like to be a double minority: a Black man and a part of the LGBTQIA Community 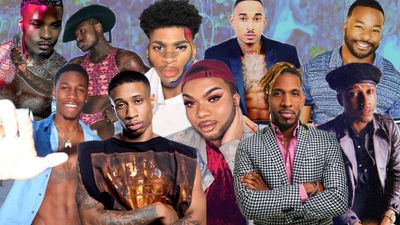