“You deserve every bad thing that has ever happened to you. You are a shame to the Black community.” This is only one of many comments I’ve experienced as a Black, gender non-conforming model in New York City.

I was 23 years old when I moved to New York City in August of 2020 during the peak of the Covid pandemic. I decided to move here to find peace within myself. I wanted to move on from a lot of trauma in my life. I needed to have more self-awareness, and take accountability for things in the past, and how these circumstances affect the way I treat myself.

I set out to New York to take my power back by pursuing a career in modeling. I wanted to change the views of the profession, demand representation for people who exist across the gender spectrum, and show the industry and society that there are different racial, sexual, and gender expressions that deserve to be respected.

Throughout middle and high school I was bullied for being “too feminine” and “too skinny” for a boy. My peers assumed my sexuality because I didn’t care to talk about girls I liked, and I didn’t hang out with enough boys. I didn’t want to always talk about sports or play basketball, and I didn’t care about dressing “cool.” Other kids said the way I talked was too prissy and white-washed, and that I needed to have more of a backbone and talk with more slang. When it came to my weight, my peers would give me the remainder of their lunch, and tell me that I should eat more meat. They would ask if I had an eating disorder and compare the size of my wrist to others and see who was closest to being skinny as me.

As an adult, I became sexualized and fetishized for my appearance. Men sought me out because I looked more like a woman. It was a fantasy to them to be with someone that looked like a woman but had a penis. A boy that was feminine and would submit. I became a victim of multiple rape assaults, and it became very difficult for me to love myself, or trust another person.

Finding myself in modeling

It might sound counterintuitive, but as a model, I actually suffer from stage-fright. In most settings, it’s difficult for me to follow a script or talk about myself when everyone is completely focused on me.

Modeling became a way to learn more about my identity and share my experiences with others. I still have stage fright in some settings, but that fear has become my greatest strength. The feeling of anxiety that I have when walking that runway, or how I feel when the photographer tells me “Yes! That’s the shot!” actually pushes me further outside my comfort zone. I can feel myself connecting with the photographer or audience, and it almost feels like we’re forming our own interlude. Like we’re communicating without words.

It is then that I am no longer a man or woman. I am simply art itself.

I continue to work with my stage fright and insecurities to show others the beauty that exists in our imperfections. Our “flaws” are only flaws because we give them that power. I wanted others to understand that having confidence and learning to love yourself takes time. I want people to see me one day and say, “That’s who I aspire to be because they are themselves. I want to love myself as much as they do.”

The struggle for representation

When I moved to New York from California last year, I started reaching out to agents and photographers in the industry. They’ve dismissed my submissions and emails with comments such as, “We are not interested in representing a cross-dresser model,” or “We cannot offer any form of representation to someone of your background.”

I have been asked to tone down my Blackness and wear my hair in a way that is more manageable for the client, or to shave it off completely. I have even been told to hide my gender and sexual identity and to stop speaking out on issues such as Asian hate because “clients do not like models who have too much of a voice and personality.” My job is to look good for the camera. To not speak unless spoken to or asked to speak.

In the past, I have been asked to sleep with clients or photographers in order to book work (some of whom are on the known blacklist created by @shitmodelmgmt, who have been called out by @diet_prada). Some have sexualized or fetishized my gender and racial identity, and have wanted to profit from it as well.

Most photographers and clients refuse to work with me because I am not represented. I don’t have someone to find clients and opportunities for me. I spend every day emailing photographers, finding castings, applying to castings, and messaging directors, receiving many rejections along the way. Some examples: “The client is very adamant about not working with a cross-gender model,” or “The client doesn’t think your identity is strong enough for this project,” or “The client prefers models who are male/woman presenting. They feel confused by how you look.”

In the modeling industry, there is still this idea of professionalism and beauty, which represents dominant ideologies of femininity, beauty, and heterosexuality. The industry consists of many white men and women who still hold on to traditional standards of what a model is, according to them, supposed to look and act like.

The industry likes to see “exotic” features, but only if it isn’t on a Black woman or man. They have an obsession with biracial women and men, but only if they have fair skin, or can pass as white identifying. This dangerous obsession with white/fair skin and exotic features objectifies individuals of color while creating a superiority complex within the industry, and specifically the Black community in itself. We are influenced by this ideology from a very young age by how we are treated by white men and women, our own community, and even other people of color. We have created countless narratives that have both divided and put us against one another, ignoring the oppression many of us have experienced.

Regardless of how I identify with my gender or sexuality, I am Black first and foremost. Through my experiences, I have learned the power of my perspective. I have a duty to myself, to take accountability, and pursue my own healing within my boundaries.

The future of the modeling industry

Moving forward, the modeling and fashion industry need to stop focusing so much on showing that they’re inclusive and actually give individuals who identify as different genders, racial, or sexual identities a platform to be listened to and heard. If they are really making changes, show it. How many different people are you representing? How are you showing solidarity in your personal life and in the workplace? It’s important to see racial, sexual, and gender identity portrayed within your team – not just in a single ad campaign.

Until this changes, the industry will only continue to exploit and profit from the many people who deserve a place to feel safe. To feel that their identity and voice matter. 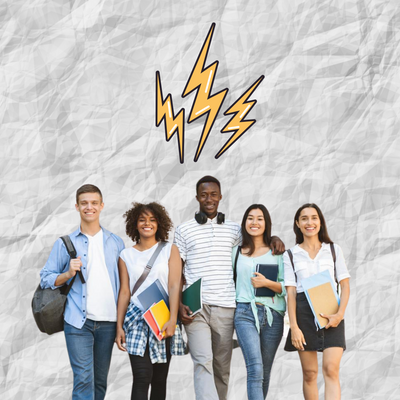 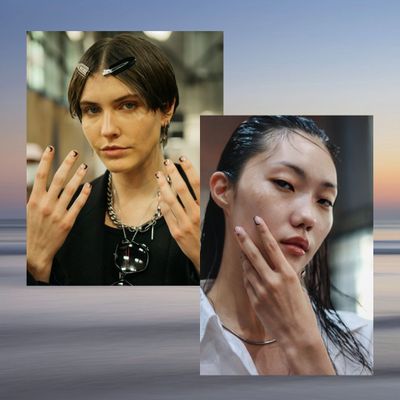