How four young bisexuals push back against bisexual erasure

People who identify as bisexual have often felt left out or rejected by the LGBTQIA+ community.

The experience of identifying as neither gay nor straight can cause some tension and judgment from the community. From dating app bios explicitly saying “no bi girls” to people invalidating the bisexual identity by saying it’s “just a phase,” bisexual people often feel excluded and invalidated by their peers.

Gender and sex therapist Dr. Jesse Kahn breaks down why bisexuals are often misunderstood. “In general it can be difficult to understand an experience that is different from your own. So someone who doesn’t experience fluidity might have trouble understanding what fluidity feels like,” he says.

Very Good Light spoke with four people about their own experiences identifying as bisexual, and how bisexual erasure impacts them.

Like many assumed binaries—Black and white, cisgender and transgender, monosexual and multi-spectrum sexuality—I feel like many people create a divide. That divide becomes a part of and essential to their identity, and they deny themselves empathy with us. Additionally, sadly a lot of this is also tied up in transphobia in our communities. Overall, I do think that recognizing the spectrums that truly exist within all sexualities will help us be more accepted.

I feel like in western society, we are just now coming to terms with all the dynamic and interesting ways humans love one another. We haven’t been able to express ourselves so that monosexuals can understand us. I think that creating our own spaces and defining our attraction/sexuality proudly will help folks who wish to understand us to do so.

As a bi woman in a relationship with a cishet man, this happens very often to me, Even when coming out to my sister, she told me, How can you be bi if you’re with Sam? These moments have taught me that how I define myself has nothing to do with anyone else – just how I feel and express myself.

Some bisexual people feel uninvited when their attraction to the opposite sex isn’t taken seriously by their gay and lesbian peers. People (not just heterosexual) see bisexuality as a stepping stool to coming out as gay or lesbian. In the modern era online, feminist bisexual women find shame in being attracted to men while destroying the patriarchy – or at least joking about it.

One concept from psychology could explain their reasoning: polarization is a cognitive distortion that makes you look at things in extreme binaries. People of society may believe you can either like men or women because there’s only one true love, one soul mate, or one twin flame. People who don’t see the grey in the world sometimes are in denial, which doesn’t excuse their backward thinking.

A few years ago I came out to my mother and she said, “…but sexuality is not your whole life.” The conversation has yet to be picked up again.

It’s a hurtful thing to feel like we are demonized in both LGBTQIA+ communities and straight communities, which is odd considering most statistics show that bisexual people make up 40-50% of the LGBTQIA+ community. Even people like Freddie Mercury who described themselves as openly bisexual are remembered as only “gay.”

As a bisexual woman in a straight passing relationship, I have always had an internal struggle with myself of believing that I didn’t deserve to identify with the LGBTQIA+ community. I felt that I didn’t have a place to celebrate at Pride.

I do, however, completely understand that privilege I have in being in a straight passing relationship and know that I don’t have to face the same daily discrimination that others in non-straight passing relationships do; but the subtleties of discrimination coming at me from both sides has created an internal war within myself of feeling like an imposter in any community I’m in.

I think bisexual people can be unaccepted or othered by the LGBTQIA+ community simply because we are viewed as not being “gay enough.” I think that bisexuals can be perceived as not fully understanding queerness by gay and lesbian folks. I believe there is an idea of, How can I relate to you when you can display heteronormative behaviors? How can we relate in our oppression? You don’t fully understand what it is like to be gay. How could you possibly understand US (homosexual) when you are equally THEM (hetero)?

It seems similar to mixed-race people who struggle with, for example, their blackness vs. their whiteness. What community do I belong to? Will one of my communities reject me for being less than 100%? Depending on who I talk to, will I be black enough or white enough?

I think these things ultimately boil down to privilege and oppression. The person who has the potential to be hetero-facing has the privilege and therefore, may not be relatable to those who do not have that privilege.

I think as humans we naturally like to define things to understand the world. This leads us to try to put everything in “boxes” mentally. When people/things/ideas don’t fit in our boxes, we reject them. I think bisexuality is an example, as well as pansexuality and gender fluidity, that doesn’t fit in box A or box B for a lot of folks, and therefore doesn’t make sense to them. Fluidity as an entire concept doesn’t fit in a box. It’s like the “unsolved mystery” and there are a lot of detectives trying to figure it out when there is not a simple, definitive answer to everything in life. There is no box for this mystery to fit into.

There have been multiple times I’ve felt my bisexuality was invalidated. I think the biggest point of invalidation has been when I’ve dated men or women and people around me, including friends, have made comments like, “So what, are you gay again?” Or “So, are you, like, straight now?” And that can be frustrating.

But again, it goes back to the boxes and people trying to understand how they can define me in their heads. 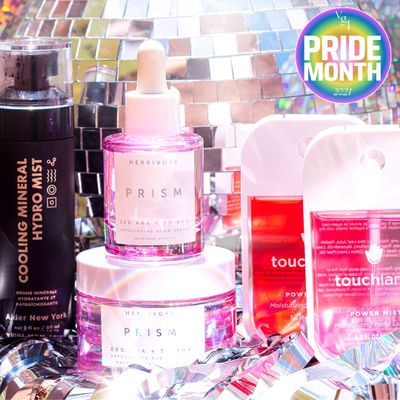 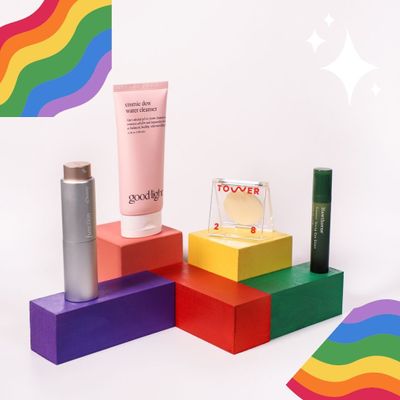