It’s impossible to scroll past Charlotte Sands when she comes up on your TikTok For You Page.

Between her electric blue hair and her unbelievably catchy music playing in the background, you immediately want to know more about the singer-songwriter. After over a decade of writing songs and recording music, Charlotte has gone TikTok viral with her new single “Dress,” a pop-rock middle finger to conservative commentator Candace Owens and anyone else who thinks it’s their business to decide what others should or should not wear.

With the song still blowing up and new music on the way in 2021, we talked with Charlotte about her inspiration for her viral song, her thoughts on gender expression, and her newfound affinity for TikTok.

In your words: how would you introduce yourself to new fans? And what is your experience in music?

My dad is a musician and he’s been in bands my entire life. I grew up making music and started learning guitar and writing songs probably when I was fourteen. I was always such a big fan of women in folk music because that’s what I thought songwriters were. I thought songwriters really only existed in like country or folk music, like storytellers.

A week after graduating from high school, I drove to Nashville. I said I was taking a gap year and I just never went back! After doing years of just the folky kind of writing, I started realizing that my voice didn’t really fit it and that I just didn’t love performing those shows. I didn’t feel fulfilled after having an acoustic show ever and so I started feeling like, “what if I could make music that has the same quality of lyrics but has more energy in it?”

I’m obsessed with your song Dress. You’ve said on TikTok that it was inspired by the online conflict between Harry Styles and Candace Owens. What are your opinions on that specific event and why it was such a moment of inspiration for you?

Just the fact that she cared that much. I think that’s what was so interesting to me— the fact that it really did not seem that abnormal seeing that cover. It felt very normal, like self-expression. There are so many men that have done that and there are so many icons that have and continue to do that. I didn’t even know that that was still such a big topic of conversation.

We realized there aren’t any songs that I know personally where that’s really represented, especially where it’s a girl talking about being attracted to somebody just because they’re confident and wearing what they want. I’ve always looked up to Freddie Mercury and people who have been doing that. I feel like everybody should be able to express themselves and wear what makes them feel confident and I don’t think that anyone should have a problem with that. It doesn’t hurt anybody, you know?

It’s also important that everyone is represented in music. I feel like we’re so used to pushing a narrative of relationships and attraction. It’s strange to me that so many songs are by a girl and she says “boy,” or she’s talking about a guy in black jeans and a suit and with hair pushed back. We didn’t feel like we were trying to be preachy about it. I was just saying it feels so normal as a song. It doesn’t feel like I’m trying to have a point politically: it sounds like I have a crush on somebody and it’s just a normal human thing, you know?

Honestly, I’ve had so many jokes like “Candace Owens is gonna come after you.” I feel super good with where this song landed and how it’s affecting people. It’s blowing my mind every day, the amount of people who react to it. I think the coolest thing is that the people who are reacting to it are a lot of Gen Z kids and if this is the anthem of Gen Z and it’s about expressing yourself and liking who you are and feeling confident, then come after me!! I will never ever be upset about representing equality in any sense.

I couldn’t be more proud of what and who it represents and how much people relate to it. So many women have reached out to me saying, “my husband’s always wanted to wear a dress and never felt confident enough and we’re wearing one to dinner tonight.” That is worth any repercussion or anything bad that could come out of it.

What does gender expression overall mean to you?

I think gender expression is expressing however you feel. I don’t think clothes have a gender. Everyone should be able to express themselves however they want to. If that’s different every day, that’s different every day. If you relate more to feminine clothing and that’s something that makes you feel good, then wear “feminine” clothing, whatever society’s standard for that is.

@crescendotanukiBad dancing and transition, I’m sorry, but this song hit a chord with me and I had to make this#boyinadress#lgbt#lgbtqia#lgbt🏳️‍🌈#femboy#agender#fyp♬ original sound – Charlotte Sands

Masculinity is being confident and liking who you are and being unapologetically yourself. I think masculinity and femininity are super similar and think they can be the same thing. If we all just did whatever we wanted and were happy and felt supported, I think that our communities would look a lot different and everyone would be a lot happier.

The support that people have been getting on my social media and that they’ve been giving to each other is so cool. They’ve been commenting on each other’s videos of like everyone wearing dresses or women wearing suits. They understand the fact that it’s not just about a guy in a dress, it’s just wearing whatever you want and being attracted to somebody because they feel confident and comfortable in their own skin.

Your song has gone TikTok viral which seems to be a new cultural phenomenon for artists. As a musician, what is it like to have TikTok as a tool?

We have over 12,000 comments on the first video alone and every single one of them is positive. I grew up where if you posted things on social media, you’d get bullied for it. There were anonymous sites where you can just say whatever you want and hurt people’s feelings. It’s so easy to say negative things online. You don’t even need to have a username; you can be user1089265. You can be anybody and hide behind anything.

But to see that reaction of over 12,000 saying nothing but kind things and doing nothing but support and promote it… it was really shocking to me, and that has been the most emotional part of this whole thing. The fact that so many people had the choice of saying something and all decided to just be nice. I think I found my algorithm of good people.

Is there anything else you’d like our readers, new fans, or your fans to know?

Do what makes you happy and to be who you are. Be unapologetically yourself and wear whatever makes you feel like the most authentic version of yourself and f*** everybody else. 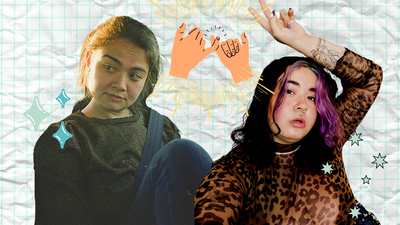 
My twin taught me everything I know about self acceptance 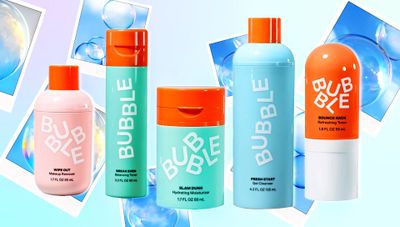