My twin taught me everything I know about self acceptance

Having a twin sister has been one of the most defining aspects of my life.

It is also the longest relationship with another human I have ever had. When I try to explain to people what being a twin is like, I usually tell them that the best/worst thing about it is that you’ve shared almost the entirety of all of your early life experiences together.  She knows me better than anyone else – all the good and bad. She gets me through my worst nights and she celebrates all of my personal victories with me.

SEE ALSO: As a black man, quarantine allowed me to realize that just being is more than enough

People immediately ask us questions when we disclose our twin status in social situations. Lots of them. Like if we can read each other’s minds (yes, duh), or if we can switch places and lives innocuously without getting caught (no, but it’s probably the biggest fever dream about escapism I’ll ever have). There’s not a lot that is intrinsically different about us as twins than other siblings close in age, but I’ve felt like our similarities and differences as people have been magnified to others because we’re often in the same room.

From a young age, people referred to us as a unit. We went to school together through the end of high school, so we shared and still share friends and acquaintances from our hometown. We had joint birthday parties. When we fought at home, we would bring the drama to school: we gossiped behind each other’s backs like normal teenagers, but we would have to bring it back and hash it out even more at the dinner table. We share the same laugh and we both overuse the word “like,” even in professional settings.

It’s hard not to compare yourself to other people your age as a teenager or young adult, but it’s *really* hard not to compare yourself to your twin. When I was 15, I began developing and exhibiting symptoms of severe early-onset bipolar disorder and social phobia. It completely stopped my life. I didn’t do homework anymore, and I rarely went to school in my last years of high school. I struggled with suicidal ideation and intrusive thoughts of self-hatred and spent years shuffling between my therapist’s office, my psychiatrist’s office, and my bedroom. I had to take medical leave and move home in my first semester of college to seek treatment for my mental health.

In a parallel universe, my sister was living a more traditional narrative of a normal teenage life. She brought home straight A’s and had a stable network of close friends. It wasn’t that she was or is intrinsically better or more capable than me, but it felt like that in the moment when I was emotionally unwell for many years.

My bipolar disorder strained our relationship at times, both in terms of my interpersonal interactions with her during my manic and depressive episodes, and because I kept so much of my self harming and suicidal behaviors secret from her, so I always worried about her worrying about me. She was reasonably afraid of losing me, which exacerbated my paranoid tendencies to self-isolate. It was hard for me to show it when I was younger, but I can’t emphasize enough how much her love meant to me during those ugly years and those terrible nights. Even though I mostly wanted to be alone, I still always had her there to go on drives with me and make way too many fro-yo runs together.

Eventually, I figured out a balanced combination of pharmaceutical medications and clinical therapy that worked for me and allowed me to have a more stable life that let me feel like myself again.  We both finished college on time with specialized BFA and BS degrees and honors, in painting and creative writing for me, and biomedical engineering for her. We both went to graduate school. I’m almost done with my MFA, and she is in her second year of medical school and figuring out what kind of doctor she wants to be (!).

I have 26 piercings and almost 60 tattoos and she has no body mods outside of her single earlobe piercings and a very short-lived nose stud. She rocks stick-straight waist-length brown hair and blonde balayage, and I have a super curly shoulder length almost black bob with a blue and purple ombre streak (hello, pandemic hair!). I help her take bomb selfies and she keeps me down to earth. We gas each other up on socials. I live a vicarious second life through a combination of her anecdotes from medical school and watching “House MD” reruns with her.  I love casually dropping her existence into random conversations as people get to know me – it’s my go-to icebreaker fact as an adult.

Our relationship has given me so much, but the biggest thing I’ve taken away from it is the futility of comparing yourself to others. All you really have to do in life is own yourself and your power. I realized that our differences and experiences as separate people are what make us special and whole together. There’s no such thing as the “right way” to live your life. 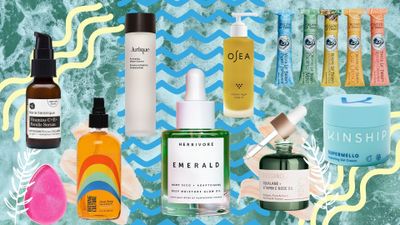 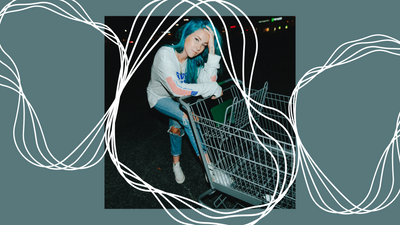