Harry Styles, in his cheeky, British, gorgeous way, has at last roasted Candace Owens – and we are so here for it.

If for some reason you live under a rock and have yet to see the photos that changed my life, Harry Styles was the first man to ever be featured on the cover of Vogue for their December issue, bringing a new meaning to the word “fashion.”

While my husband was basking in all his stunning glory and celebrating this incredible milestone for the fashion industry and beyond, conservative commentator/snowflake Candace Owens had some choice words to say about it – specifically urging Twitter to “bring back manly men.”

1D fans, celebs, TikTok, and the Twitterverse quickly knocked Owens down a peg, posting up a storm on behalf of Harry. Though Owens continued to defend her statements, it is clear to anyone with a conscience that being “manly” is whatever you may want that to be – whether it’s wearing pearls, playing football, singing about watermelon, or wearing a dress on the cover of Vogue.

Well, today, Harry made it clear that he feels some type of way about Owens’ unwanted commentary, and posted this masterpiece to Instagram captioned “bring back manly men.”

This photo, banana and all, is from Variety’s December cover story that dropped today. The piece names Harry as Hitmaker of the Year, and gets his take on music, fashion, 1D, and his fans. When asked about Candace Owen’s remarks, Harry told Variety: “To not wear [something] because it’s females’ clothing, you shut out a whole world of great clothes. And I think what’s exciting about right now is you can wear what you like. It doesn’t have to be X or Y. Those lines are becoming more and more blurred.”

As outdated binary lines become blurry, the world’s adoration for Harry Styles is clear as day. 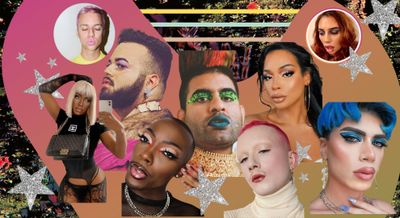 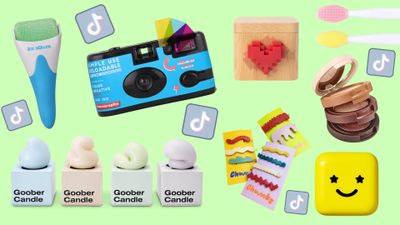