When I look back over the last ten years of my life, it’s easy to see that very few things have remained constant; not the place I called home, not our country’s political state, and notoriously not my hair. (Yes, I did get bangs. We can talk about it later.)

But it’s comforting to think that throughout the past decade, I have never been without One Direction.

Despite it being their 10-year anniversary, 1D is now often labeled “defunct.” Perhaps they’re “no longer together” and I should just “get over it,” but to me, it doesn’t matter how many members there are touring or the technical status of their copyrighted name. What this band has given me transcends the legal status of the group.

SEE ALSO: Struggling to keep your nails snatched without the salon? Harry Styles’ manicurist has you covered.

A generation in the middle

I belong to a pocket of Gen Z so close in age to millennials that at times it’s hard to figure out where exactly we all belong. We grew up on the Internet, but it takes us a few extra tries to learn Tik Tok dances. We were too young for MySpace but too old for the D’Amelio’s.

That left my cohort with Tumblr, a blogging platform on which nearly everyone was convinced they were outcasts and misfits, so they felt free to love things with no qualms or qualifications. It was there that I discovered One Direction – or rather, I discovered a GIF of five teenage boys sitting on a set of stairs, smiling and doing little dances. It was love at first sight.

The early days of 1D fandom

I was 12 back in 2011, a little less than a year after Simon Cowell threw five potential X-Factor rejects together to continue on competing as a group. Though they only came in third in the British singing competition show, they already had a growing legion of online fans from around the world, myself included.

The more involved I became with other fans on Tumblr (or “Directioners,” as we would soon be called), the more enthralled with the band I became. Ignoring any stranger danger on the Internet, I made friends with young adults like me who were just looking for a community to belong to. And, like so many of those young adults, I banded together with a like-minded friend group in real life as well. We each aligned ourselves with our favorite member, forming our own version of 1D (and if you haven’t been able to figure it out by now, I was and will always remain a Harry girl). We grew up together: my friends and I, and the band.

The end of an era

In 2015, my high school days were numbered, and for the first time, I had to think seriously about the rest of my life. Every day my environment was charged with the unspoken knowledge that nearly everything was about to change. So when Zayn Malik announced that he was leaving One Direction and going solo, I couldn’t help but see it as the marker for the end of an era, and the beginning of a seismic shift.

Like all bad news, it did not come at a convenient time; it came in the middle of English class. As we sat in the back row of the classroom, my friends and I quickly became unable to hide our shock and pain. And so began the period of seemingly unending change for my generation, beginning with the end of One Direction.

Even though the band’s hiatus appeared to become permanent in 2016, there was never a time when we were without One Direction in some way. They’ve become part of our pop culture mentality, notably as a younger sect of TikTok-apt Gen Z falls in love with Harry Styles, as if discovering him, without knowing all there is to know about his humble beginnings in Holmes Chapel or his iconic “funniest moments” in One Direction.

Some days, I feel like a cruel and judgmental gatekeeper, wondering why these children feel entitled to someone I devoted my adolescence to adoring. But then I remind myself of the community I also found online and I’m humbled. There are so many people in the world who mock those belonging to a fandom, who are uncomfortable or don’t understand how anyone could love something that much. There were times I felt uncomfortable belonging to a fandom or calling myself something so silly as a “Directioner,” without recognizing that being in such a group was powerful or dare I say, even historic.

The summer after my freshman year of college, a friend offered me her second pass to Harry’s performance on the Today Show. We went to bed the night before at 8 PM and woke up at two in the morning, desperate to not be the last ones in line at 30 Rock. We stood, we filed into the plaza, we waited. At one point, the crowd began singing along with one another, a little band ourselves.

This was 2017 and Harry had only put out “Sign of the Times” by then, so the songs we sang were, of course, exclusive to One Direction. The soundcheck and performance passed by me under a light haze of delirium, and I’m convinced I did not truly wake up that morning until I heard Harry say, “Here’s something to say ‘thank you’ to you all for waiting.”

That’s the gift One Direction has continued to give me. From the early aughts of my adolescence, messaging other fans on Tumblr to this past fall, buying tickets for my second time seeing Harry Styles at Madison Square Garden with my sister and her best friends, to now, writing an article that will hopefully be seen by more people than just my mom.

Through the past ten years, I have never been alone. I’ve always had some connection to someone else by way of those five teenage boys from that one GIF on a random staircase.

As of this moment, it appears that we’re not getting the rumored reunion, aside from a few tour videos and a live version of a song or two. While disappointing in the short term, today serves as something much larger: a reminder of how far we’ve all come.

Where were you ten years ago today? Who were you then and who are you now? You may have gone another way than you planned. Perhaps you started a solo performance career with varying degrees of success, or maybe you’re not a former boy band member, but just a normal person who has experienced a great deal of change over the course of a decade.

Regardless of how we — or they — decide to celebrate it, the fact that we’re celebrating One Direction’s 10th anniversary at all shows the lasting influence the band has had on both music history and on the fans who helped them make it. 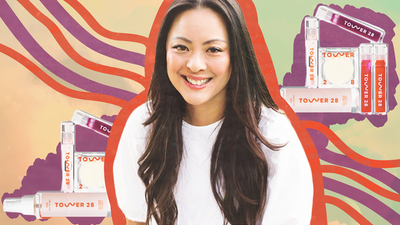 
How I Made It: Tower 28’s Founder, Amy Liu, on creating a clean beauty brand based on inclusivity, sustainability, and fun


Curly hair got you twisted? We’ve got all the answers to keep your curls in check. 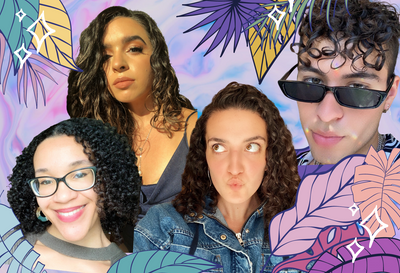