When Gwyneth Paltrow launched goop in 2008, it was none but a weekly newsletter, glorifying the importance of “clean-living.”

At the time, it seemed to have good intentions. The newsletter was all about “wellness,” which was only at its infancy when it came to the American zeitgeist. Wellness, in 2008’s landscape, was ahead of its time and some of goop’s topics raised a few eyebrows. They included articles: eliminating all white foods, policing negative thoughts and tossing beauty products that weren’t clean.

SEE ALSO: The truth about toxins in your makeup

Of course, goop was ahead of the curve but culture followed suit. A few years later in 2011, goop became a full-fledged lifestyle website, with millions of loyal followers the site to be a refreshing destination for the super health-conscious and those who were fearful of the many chemicals found in their products. Goop, then, was an incredible resource, one that educated consumers to become savvier shoppers. But at the same time, critics say goop used fear-mongering tactics to sell a “green” lifestyle.

An example is on goop’s own mission statement, which explains their mission. “It can be a murky science, but we go with the clear offenders: Do you want antifreeze (propylene glycol) in your moisturizer?” goop wrote. “We’re going to guess no.”

Fast-forward to 2018 and the business now has a beauty product line, partnerships with Google, an upcoming show on Netflix and is now the leaders in the “clean beauty” space.

And it’s only riding the green beauty wave to well, green. According to this article, the green beauty industry is not only the fastest growing sector in beauty, but a $24 billion-dollar industry. So big, it’s said to have increased 27-percent in 2018 alone, with consumers demanding their products be “organic” or “all-natural.”

For all of the success goop has had, it hasn’t been immune to its challenges. In the past few years, the brand has been involved with lawsuits with false claims of the efficacy of certain products. Goop isn’t alone. Jessica Alba’s own Honest Company, a brand built upon “honest ingredients,” had to pay $7.35 million to shoppers after it was discovered that the brand’s “clean-beauty” claims weren’t completely true. This, after recalling baby wipes for mold concerns.

An article in Tuesday’s USA Today pointed out how these claims have created unnecessary hysteria with beauty consumers. More so, the articles delves into how consumers are being duped into buying brands from fear-mongering tactics. That is, claiming certain chemicals will cause specific diseases, urging consumers to instead, adopt products that are “clean,” “green” and “organic.”

There’s a lot of beauty fake news out there. Be warned.

The only problem is that there are zero regulations when it comes to “clean-beauty” claims.

“The much-hyped health risks of several chemical ingredients are based on questionable data,” the article says. There’s also a growing trend of consumers becoming unnecessarily “chemo-phobic.”

Indeed, we’re now living in a culture where beauty consumers are savvier than ever. There are multiple Instagrams like Chemist Confessions to subreddits like Skincare Addiction that tries to inform the public of ingredients. Though these sources may have good intentions, they’re also a breeding ground for misinformation to thrive.

Stephen Ko, a popular beauty chemist with an in-demand newsletter, agrees. He tells Very Good Light that though there’s more information than ever, it’s not always credible. “It can also be difficult for a consumer to tell whether a source is credible or not,” he tells Very Good Light. “Pseudoscience is so pervasive and effective because it uses the language and terms of real science, but not the uncertainties, knowledge, or meaning.”

Basically, there’s a lot of Fake (Beauty) News out there.

“‘Clean-beauty’ is using the fear of death to sell.”

For every brand with good intentions, are brands that are pumping out the “clean beauty” marketing ploys that are gimmicks. “More often than not, claims of harm remove the context,” Stephen says. “It’s been estimated that a person would have to eat over 500 bananas to die from it, but no one is claiming eating bananas is dangerous. Anyone can see how ridiculous that would be, but that’s the way that fear mongering around chemicals happens. Results from high doses or injection, or results from cell culture studies are extrapolated to normal use – which is inaccurate at best and misleading at worst.”

Dr. Y. Claire Chang, board-certified cosmetic dermatologist at Union Square Laser Dermatology in NYC, says these misleading claims have made it a little more challenging to prescribe products her patients needs. “I frequently have patients who defer skincare recommendations or topical prescriptions because of a fear of the ‘chemicals,'” she tells us.

“Part of this fear stems from information circulating about safety issues of certain chemical skincare ingredients, including cancer risk, hormone disruptions, contamination issues, and other toxic concerns.” While Dr. Chang agrees it’s important to read labels and research ingredients, consumers should really take everything with a grain of salt. “Like most things in life, the safety of skincare ingredients is not black and white; there is a large gray zone in this area currently,” she says.

That’s because the FDA doesn’t require companies to test their cosmetic products before they’re put onto the market. In the U.S., there are currently 30 banned substances that cannot be used in cosmetics. In the E.U., there are over 1300. The reason for this is because of lack of data and science behind certain ingredients, Dr. Chang says. “Uncertainty about safety of ingredients typically exists because there have not been sufficient studies evaluating their long-term health effects,” she says. “Some ingredients have been reported to be toxic or carcinogenic, but the amount of the ingredients used in cosmetics is typically much lower than the dosages used in studies.”

When it comes to “natural” or “organic” products, there’s no evidence that these alternatives are even safer alternatives. In fact, there aren’t any conclusive studies that using “botanical” ingredients instead of chemical leads to better skin. Dr. Chang goes so far to say that said ingredients can actually cause allergic reactions or irritate the skin. Ironically, avoiding topical treatments or “chemicals” altogether can lead to unnecessary scarring from conditions like eczema or acne or other skin issues.

“Anyone can see how ridiculous that would be, but that’s the way that fear mongering around chemicals happens,” Stephen says. “Someone told me recently that the two ways to sell something are sex and death. And ‘clean-beauty’ is using the fear of death to sell.” 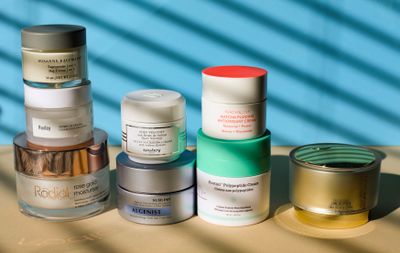 
This skincare made me SO lazy. And that’s a good thing. 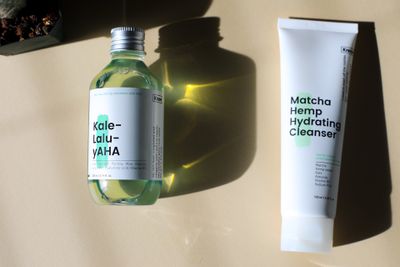