‘I forgave the people who betrayed me the most’ 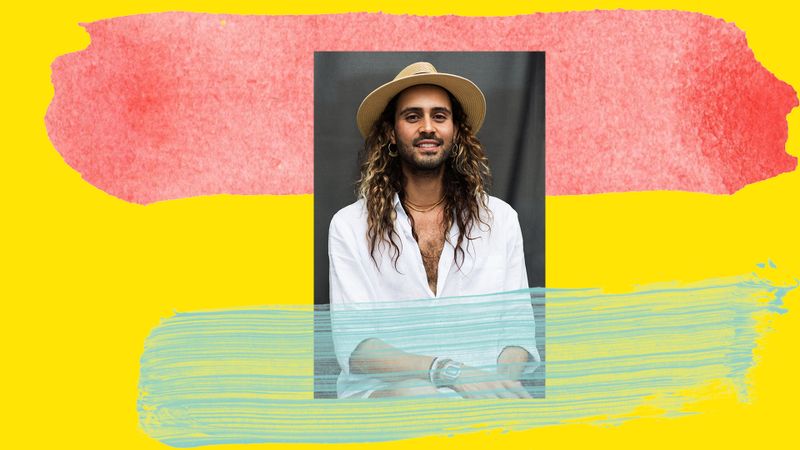 “Forgiveness is how I transcended,” says Sah D’Simone, the co-founder of the now defunct magazine, Bullett.

Back in 2012, the publication was at the peak of cool. Dubbed the bitingly honest fashion book, it catered to a new generation of fashion conscious millennials, attracting cover stars from the likes of Cindy Crawford, Pharrell, to then up-and-comers like Aaron Taylor-Johnson, to Elle Fanning. It’s safe to say that for the edgier set, everyone in Hollywood and fashion was clamoring to be a part of Bullett.

Founded by six young 20-somethings (James Orlando, Idil Tabanca, Johnny Ducoin, Erin and Nick Ralph and Sah D’Simone), the publication was on track to become the next V magazine. And after a round of funding two years in, the thriving magazine was on a hiring spree, poaching every young up-and-comer in New York City. With funding came a new direction: the focus would now be rapid growth. And with the new vision, the team didn’t see Sah fit into their initiatives.

One day, Sah walked into his office and says he overheard his friend and business partner, Idil Tabanca talking about wanting to buy him out. After years together, slaving away in those late nights, where both would dream of a bigger life bonding through their shared adversity, it’d end with what he felt was a deep-cutting betrayal. Panicking, he texted all of his friends. He walked out and smoked five cigarettes. He didn’t know what he’d do, Bullett, after all, was his baby.

After confronting his friend, the reality set in. He was now out at Bullett and wouldn’t be a part of the company moving forward. In a matter of minutes, it was all taken away.

“It was really hurtful to have had that conversation,” he says in retrospect.

Very Good Light has since reached out to Idil for comment on the matter and she has yet to respond.

As Sah will tell you, things didn’t come easy. Hustling, then, became the only way he ever got anything he wanted . An immigrant from Brazil, he grew up with a comfortable life. His family had a plush and comfortable clothing business, one that afforded him luxuries other Brazilians could only dream of. But as the family business went south, he and his family immigrated to Tampa, Florida, an experience he called “traumatic.”

“We went to having bougie things to coming to Florida living in an apartment complex,” he tells Very Good Light. “I was the only brown-skinned person at school and everyone in my high school was driving an Escalade while I was cleaning homes and trying to support my family.” The culture shock had a lasting effect on him. While he was adjusting to American life, his new socio-economic status and teenage angst, he was also working out his own sexuality.

“My parents didn’t have the vocabulary for what being gay was,” he says. After graduating high school, he left Florida for Los Angeles to discover himself. A mohawk, makeup and green contacts in tow, he felt more comfortable with the California lifestyle. It was a chance meeting in Santa Monica where he met someone named Bobby Trendy who asked him to be his personal driver. Throughout the journey, he’d find himself meeting a slew of LA creatives, which led him to New York City. It was in New York where he interned for Christian Siriano where he met other like-minded creatives who asked him to join a magazine they were building. It was ironic then, that the magazine, Bullett, would be the same that would force him to leave that world behind for good.

After being ousted from Bullett, Sah went through an intense journey of self-discovery, one that led him to silent retreats with monks in Nepal. A 30-day meditation retreat turned into a life-changing sojourn that completely turned his life upside down. Being so in his head for so long healed him, but it also forced him to confront his pain, those who hurt him, and his traumatic past.

“The experience allowed me to rewrite my past,” he says. It was letting go of his past, of his enemies, of those who hurt him that Sah says allowed him to grow. “Forgiveness came with finding a space within myself to let go. “It isn’t that suddenly unpleasant triggers and memories disappear. You realize that holding a grudge is so damaging to you. It ages your body and brain and boost cortisol. You’re drinking poison thinking about the other person while they’re living their life.”

Actively letting go, Sah says, is what’s allowed him to take power back into his own hands.

It was only a few months ago, Idil asked Sah to write a eulogy for Bullett, which decided to shutter its operations completely. At first, the email came out of the blue. Sah admits that he was hesitant to write one. But then he realized that he was no longer traumatized, he was a brand new person, he was transformed. He could forgive.

“The day I was bought out, I walked out of the office thinking my world had ended,” he wrote. “I had known nothing else but Bullett for four years of my life. This was not a regular job. I walked out thinking I might actually die without it.

And the day is here that Bullett is actually closing, I feel my heart tighten, conflicting memories resurfacing. Yet I am so grateful and proud of what we created, of the mark we made, the careers we kickstarted, the incredible art we created. I am so grateful for the people I met…”

Today, Sah says fashion is only but a fond memory. Now, he’s on a path to heal others and transform their lives. More so, to allow others to also find forgiveness. As a meditation coach, certified mental health first aid, integrative nutrition health coach, breath body mind teacher as well as an Ashtanga yoga teacher, a complete 180-degree turn from his previous life. It’s something he never could have imagined.

“My reality is epic and I get to work on myself every day,” he says. “When the universe opened this up and showed me my real purpose I was like, wow.” To learn more about Sah’s work, check out his website here.

On the path of healing, before you can forgive other people you have to learn to forgive yourself. This way you’re opening up space in your mind and heart to express genuine forgiveness to others. Self-forgiveness is a practice and it takes time, have patience with yourself. I recommend practicing these steps on an ongoing basis until you can rewire your relationship with that unpleasant memory and forgive yourself.

1. Write down: What you are ready to let go and forgive yourself for, focus on what you did only.The simple practice of writing it down is so powerful. This note is just for you.

2. Write down: Why you struggle to forgive yourself

3. Take a moment to reflect on how were your mistakes handled growing up:

Were those around growing up hard on you?

Did they make you feel ashamed?

Were your mistakes judged, punished, or forgiven?

4. Reflect: For one moment see if you can shift your perspective even just an inch over on what happened, and be open to the possibility that your interpretation of what happened is the byproduct of hurt feelings, and it could be a misinterpretation- therefore you’ve been adding layers of guilt & shame over and over again each time that unpleasant memory came up. This doesn’t take a way from what happened but makes us aware of all the layers that have been added to it, over the years.

5. Remind yourself that everyone makes mistakes, and that you, too, are worthy to be forgiven.

7. Decide you’re really ready to let it go and forgive yourself and allow these phrases below to really sink in:

I am worthy of forgiveness

My past deeds do not define who I am

I have gratitude for the learning that came from this experience

I’m certain I have learned from my mistake

I am committed to changing and raising my morals and values

9. Hawaiian Self-forgiveness Mantra*: As the memory surfaces through-out your day- take a deep belly breath and repeat this mantra below to counterbalance. Don’t worry so much to whom you’re addressing the the “I” these are powerful words that can recalibrate your nervous system. Repeat this in your mind in a rhythm that feels good to you.

10. Self-love Meditation* Practice (3 min) In this practice we rest our attention on the silent repetition of certain phrases, we will offer these phrases to ourselves, it’s not so much about the words, its around the heart felt intention behind them. Start by sitting or laying down in a comfortable position and if you can close your eye and bring to mind a memory of yourself, or sometimes it’s easier if you envision yourself sitting looking into your very own eyes and starting the repetition of these phrases. Gift-giving yourself these wishes for your wellbeing.

May I be happy

May I be healthy

May I be safe

May I live with ease

11. Be of service to your community, find ways to give back.

12. Be kind to yourself and radically love all of who you are.

If you continue to have difficulties with self-forgiveness, it’s helpful to seek professional help.

Share this post
The link has been copied!
in Look, bullet magazine, healing, sah dsimone, self love, self-care 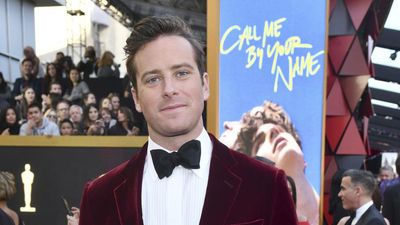 
6 black men on the last time they felt #blackboyjoy 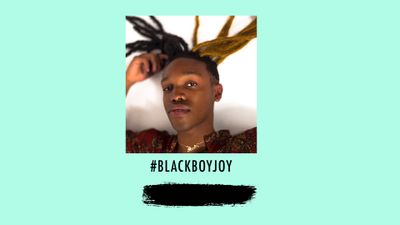