Why do cops have mustaches but not beards?

Did you know cops aren’t allowed to have facial hair?

I was sitting in a Brooklyn Law School lecture room with probably a hundred other background actors, (which is a nice term for extras) when a woman from hair and makeup approached me.

“Hey,” she said apologetically, “I’m sorry but we’re going to have to shave you.”

I was playing a police officer on a cable television show whose name I’m not sure I’m allowed to mention. So I’ll simply say that it rhymes with “Homeland.” Earlier, when I was at the prop truck getting my brass (the buttons on a police officer’s collar denoting his precinct, along with the shield on his hat and his badge) a fellow background actor (extra) asked, “Hey, how’d you get away with the beard?”

In preparation for fall and winter, I had stopped shaving and had about two weeks’ growth.

“I don’t know,” I said. “I sent them a current picture and they still hired me.”

“Well, they made me shave.”

“Really? So, cops can’t have beards?”

I had never thought about it before but it’s true: police officers are always clean-shaven. Googling why this was took me to many precincts having strict policies against facial hair. There’s even a Quora conversation that explains only undercover cops can sport beards because it’s “unsafe” as they can be grabbed in a confrontation. Further, I found a strict policy for Boston Police Department. “All unformed personnel when reporting for duty shall be properly groomed,” it says. “Patchy, spotty clumps of facial hair are not considered beards and as such are not permitted.” Okay.

I thought that may be because I was an extra they’d let it slide. But just when I thought I’d slipped through the cracks, the woman approached me.

I went with her to the front of the lecture hall where they had put up a couple of mirrors with folding chairs for hair and make up. The past couple of weeks of investment in my beard was about to go to waste and that’s when it dawned upon me. Cops may have be clean-shaven but there’s one thing allowed.

“Can I keep the mustache?” I asked, a little too excited.

I’ve only been able to grow a beard since turning thirty and even then I found myself defending it to friends who’d ask, “So… what’s going on with the facial hair?”

My thirties have been kind to beard density and speed of growth. In my twenties, the only facial hair that came in with any density or regularity was my soul patch, so, regrettably, I had one, despite not being a beat poet or saxophone player from the fifties.

The hair and makeup woman handed me really small clippers to get rid of most of the beard. Then she handed me an electric shaver, which I had never used before. I’ve always been a shaving cream and razor guy but I was impressed with the results.

“Let me take a look,” she said as she stepped in front of me. Then she cleaned it up a bit and said, “You’re all set.”

I scrutinized the mirror and holy s***, I looked like a cop. It was as if every Irish gene in my gene pool had been activated and suddenly brought to the fore. They brought us to the set outside and a few of us were placed off to the side of the main action. This made us look like actual police officers observing the rest of the assembled cast.

I was asked “Hey, what are they filming, officer?” a few times by passersby.

There were two actual police officers milling around the set. The only thing that set us apart is that they were wearing turtlenecks with NYPD embroidered on them. Actually that’s not true. There was another significant detail setting us apart. It freaked me out when a short and let’s just say weathered gentleman approached us and said, “I know you ain’t cops. No guns in your holsters.”

As this very astute gentleman lingered for a second, I wondered how he knew that detail and did a quick search for the actual cops just in case. At the end of the day, I turned in the uniform, the brass, the hat, and the holster. I was no longer a cop. But since I had always wondered what it would be like to have one, I kept the mustache.

I decided to give it a shot for at least a week. I was a little self-conscious about it, though. I wanted to wear a sign that said, “Yeah, just giving this mustache a shot” the way they hang signs in restaurant to apologize when they’re remodeling. To my surprise, my girlfriend actually liked it. When I went to my improv theater a couple of people said, “Nice ‘stache!” though I couldn’t quite tell how ironic they were being.

There was another strange phenomenon that came with having the mustache. I kept forgetting that I had it. I think we all have a picture of ourselves in our mind’s eye. My picture of myself didn’t have a mustache but then I would look in the bathroom mirror and think, “Oh yeah.”

I went to visit a college friend who had moved to New Orleans. He was showing me around and introducing me to his friends. It occurred to me that these new people had never seen me without a mustache. On some level, they must have thought, “That guy grew a mustache on purpose, because he thinks he looks good with it.”

I don’t often experiment with my personal style. I’m glad I gave it a shot but, from now on, it’s either a beard or nothing. Lesson learned.

Rob Penty is a writer, improviser, storyteller, and web developer living in Brooklyn, NY. Check out his blog here. Follow him @robpenty 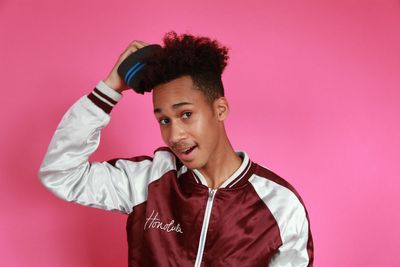 
This sponge will give you the best twists of your life


Making your boy brows into men 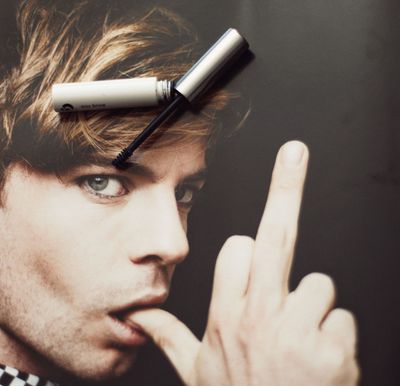