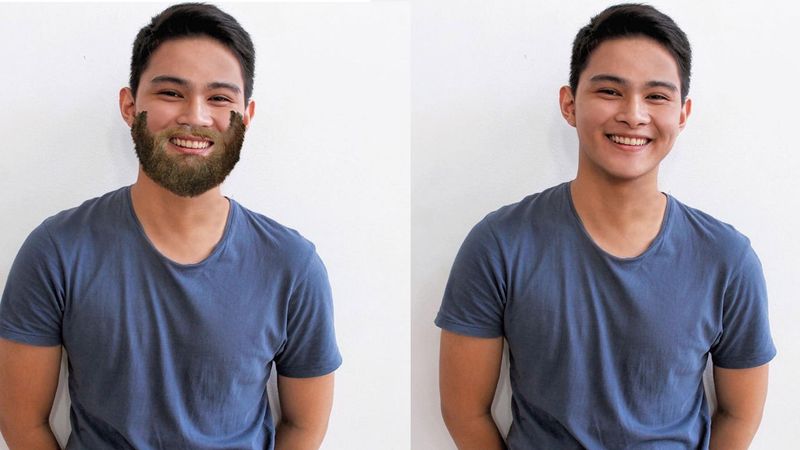 Why the hell does everyone have a beard?

That’s the first question I asked after I came to the States for the first time a couple of months ago. I’m originally from the Philippines and sojourned to the West for an internship with a fashion brand as well as Very Good Light™.

I always knew beards were popular. But didn’t know just how they were like a prerequisite to being a metropolitan man. In fact, it was like the rite of passage to becoming a man in New York was having chin fur. It was eye-opening to see so many varieties of beards throughout New York City. It was as if they all dressed like the tribes they belonged to. There were the closely cut, neatly trimmed beards in Midtown. The shaggy, long beards in the Lower East Side. The carefully shaped, supple scruff in Brooklyn. Or Ryan Gosling.

I have to admit, I always wanted to have a beard. As a child, I remember choosing to play Joseph during church plays because I got to have a fake beard onstage. I would sneak into my mom’s makeup collection, borrow her eyeliner and start drawing on my face. There, I’d create vertical lines that would give me a mustache and continue drawing them on my cheeks. To me, beards have always show dominance and authority, not to mention a powerful tool to swoon women. (Except my girlfriend, she likes me hairless. She’s Filipina, after all.)

I grew up in a South Asian country where beards are not part of the standard of beauty. In fact, beards are frowned upon. In the Philippines, like many Asian countries, the trend is to have smooth, hairless skin. Youth is still considered to be the epitome of beautiful for males and facial hair means you’re definitely an outlier. So being a young, 19-year old who still didn’t grow chin fur made me feel normal. I actually have a pretty high confidence because I fit my country’s standard of male beauty.

When I came to NYC, that all changed. Suddenly, I became overwhelmed with just how many men had actual beards. These lumbersexuals, with their lush, full, beautiful beards were EVERYWHERE. And it seemed they were what the epitome of what was deemed attractive. All of a sudden, I became super self-conscious about my naked chin. Almost like I wasn’t desirable.

The truth is, I’m not genetically gifted in that area. I can only grow a mustache and a patchy goatee which make me look like a kid with pubes growing in the wild. Obviously, I searched far and wide for some remedies. Surely, there had to be a cream or powder or something to spur growth in my facial area. There’s Rogaine for your scalp, couldn’t one simply use that on their chin as well? I’d obsessively search on Google “how to grow a beard naturally” or “can Asian men grow a beard?” After reading articles here and there, I even took someone’s advice and shaved my cheeks everyday hoping that it would wake up some hibernating hair follicles in my face.

From my research, there are hundreds of products that claim to help with facial hair growth. A quick YouTube search lead me to these guys who claimed a few products worked for them. I would add the word “Asian” just to filter the results so I could relate. Watching these videos tempted me into buying anything and everything possible. But at the end of the day, I passed, as I was rightfully concerned at the possible side effects of putting chemicals on my face.

Being in desperation mode, I sought out an expert. More research led me to something that’s real. It’s called beard transplants, where a surgeon will take a patch of hair on your scalp and transplant it to your face. Have a perfect wavy hair swoop? Imagine that on the bottom of your chin.

I was still skeptical about this. It sounded cool but also very weird. So I called upon an expert named Dr. Jeffrey Epstein, MD of Foundhair, to explain the procedure. Dr. Epstein has been specializing in facial hair restoration for over 10 years and does about 3-4 transplants a week.

“Patients undergo the surgery to create a more masculine and sometimes older appearance,” he tells Very Good Light. He also added that guys ranging from the ages of their 20s to late 70s undergo the procedure. A huge range, I thought. Apparently, beards are desired at any and all ages.

But what about Asian men? Specifically those like me? “I’d approximate that 30% of my beard patients are Asian, due to what is typically genetic thinness.” I got two implications from his statement. One is that I am not alone. There are plenty of Asian guys other than me who are also a little insecure with their bald chins. Two, genetic thinness is now a word I will start associating myself with.

So what’s the catch after all said and done? According to Dr. Epstein, the fees ranges from $4500 to $16000. My initial reaction was WTF. But what’s funny is that despite the steep costs, I was still interested, calculating  in my head the conversion from dollar to peso and how long it would take to pay it off. Was it worth it? Probably not for now.

I’ve learned that beauty is in the eye of the beholder. Sure, beards are trendy here in the states. But as I get ready to go back to my home in the Philippines, I’m sure that I’ll get the attention of my people, those who appreciate my “genetic thinness.” More so, I’ve come to terms that a beard doesn’t make the man. And I’m not just saying that because I don’t have one. Truly, beards are cool, but being someone who is hairless makes me just a desirable. Not to mention the fact I don’t have to spend hundreds of dollars a year for that whole grooming aspect. Being a hairless wonder has its perks. 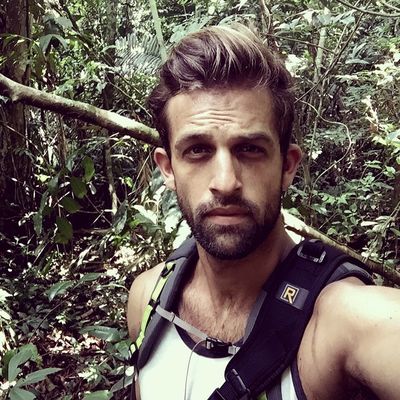 
Everything you’ve heard about treating acne is wrong.