You’re a liar if you say you never at least tried to make a TikTok during quarantine.

For Julian Burzynski, AKA @juliancookies, creating TikToks defined his quarantine. Amassing over 1 million followers on TikTok since the start of the lockdown, Julian is best known on the app for recreating iconic scenes from classic movies while switching up his look from masculine to feminine. He is a self-proclaimed artist, content creator, dancer, singer, actor, and “anything I can get my hands on right now.”

Julian Burzynski has always been a movie buff, especially during his younger years when he used to get bullied at school. “I used to turn to TV and films as an escape,” he says. “ I just loved watching movies.” His passion for movies and TV sparked his interest in the performing arts, something that he would eventually pursue as a career.

At the start of the COVID-19 pandemic, Julian’s job as a cardio fitness instructor in New York City was halted. With this extra time on his hands, he’s been able to reconnect to his early passion for film by rewatching some of his favorites.

“I started watching these movies again and it took me back to that place where I feel like I was young again,” Julian says. “Like, I forgot about everything else and it just took me to those places.” With his reignited passion for all things drama and movies, Julian set out on a creative TikTok adventure. “I started making movie and TV recreations over quarantine,” Julian says. “Just me and a ring light and some wigs.”

From acting, directing, lighting, makeup, and costumes, Julian has been recreating iconic movie scenes on TikTok, which has allowed him to explore many different aspects of producing a film. “I just fell in love with it because I am doing what I want to be doing.”

While recreating scenes from “Mean Girls,” “Miss Congeniality,” to “Legally Blonde,” this experience has allowed Julian to express both sides of his personality, both masculine and feminine. “I’ve really found a love for every part of me, including the feminine side.” Through acting Julian has been able to shape-shift his personality and draw out new sides of himself that he’s learning more about with every TikTok.

One of the most iconic things about Julian’s movie recreations is his mustache. Under his wig, dresses, and makeup, you can still find Julian with his luscious mustache that allows him to adapt to various roles while adding a comedic spin. “I love the contrast of the wigs and the mustache.”

Appearance is a major part of Julian’s presence on TikTok and allows him to play the roles of many different characters. However, when it comes to taking care of himself Julian has a comprehensive grooming routine to keep his skin snatched.

Like most of us, Julian struggled with acne growing up. What keeps his skin clear today is the Rodan and Fields 4-step unblemished regimen ($190) which features a cleanser, toner, treatment, and SPF. “I stick with this as much as I can because it does help keep my skin as clear as possible.”

Since Julian likes to keep his face clean-shaven, except for his mustache, he has to shave every day. He uses Kiehl’s Brushless Shave Cream ($18) and Gillette Razor ($18) to achieve baby smooth skin. In the shower he cleanses his hair with the R+CO Television Shampoo ($17) and conditions with the matching R+CO Television Conditioner ($17).

Since his mustache grows fast he likes to trim and groom it every other day. For his brows, Julian uses the Glossier Boy Brow ($16) for a natural fluffy look. To finish his look, he applies the Ariana Grande Cloud Fragrance ($44), which he says he had been exclusively wearing since it launched in 2018.

Besides entertaining the world through his hilarious comedy sketches and movie recreations, Julian enjoys taking care of his body and mental health through movement. “I studied musical theater in college so dance has always been a big passion of mine,” he says. “Movement through my body is a big thing I try to do during the day, it just helps me clear my mind.”

Since Julian is so active on social media, to keep a positive mental attitude he likes to reflect on how much joy this entire experience brings him and not lose sight of the passion he has for performing, “whether it be online, in person, or any platform.” 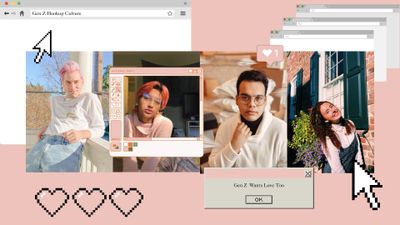 
How Gen Z uses sex as a tool for self-discovery, and other views on hookup culture


Can an anti-inflammatory diet help with cystic acne? We tried it out for a month to find out 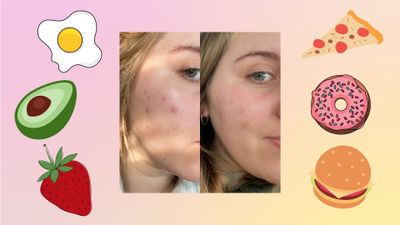