How I dealt with random beard baldness

Hair loss has been a fear of mine since I was old enough to start worrying about my looks.

According to my family history, there are signs it could be on the horizon. My own father is balding but not yet bald. There’s a crucial difference between ‘bald’ as a verb and as an adjective: one is the process and the other is the result. How you navigate between the two is up to you.

The thing that really bugs me about hair loss is the lack of control. You can do everything right—cleanse, tone, moisturize, repeat!—and still lose your hair. This is exactly what happened three years ago when I finally embraced my own hairiness and grew a beard.

SEE ALSO: How to be your own quarantine barber

I enjoy having a beard for a number of reasons. I like how facial hair frames my face and complements my dark features. Plus, George Michael (my style icon and general hero) had one. Nowadays, there’s a whole subculture around beard maintenance. Having a beard is not a personality trait per se, but dealing with random beard baldness can definitely build character. I would know.

I had developed a pretty reliable routine in shaping and trimming my beard line (neck beard maintenance is its own type of hell) when I noticed a small bald patch right under my jawline. The spot was no bigger than a coin but still fairly noticeable. Weird! I thought. But my body had been through weirder things and always sorted itself out. I thought these little bald spots would do the same.

This wasn’t the case. One bald spot soon became two, which then quickly expanded to four giant craters on my neck. The hairless spots were so clean, too—it was as if overnight someone had placed random patches of Nair around my beard line like a cruel sleepover prank. It made my overall beard look super uneven and patchy, and made me feel generally unsexy. Hoping to find the cause and a solution to this mysterious hair loss, I booked an appointment at Spring Street Dermatology to deal with the crop circles that had invaded my beard.

Alopecia, aka spot baldness, is a fairly common condition in “which hair is lost from some or all areas of the body.” Instead of gradual hair loss, it’s as if clumps of hair fall out overnight and then refuse to grow back for months.

“The common mechanism is that the immune system essentially goes haywire and instead of attacking foreign pathogens like bacteria and viruses, it sets its sights inwards against the hair follicles,” Dr. Nikhil Dhingra, a dermatologist (and lifesaver) at Spring Street Dermatology, explains over email. It affects around 200,000 people per year in the US and there is currently no cure.

There are different types of alopecia, but some of the most common include androgenetic alopecia, AKA male pattern baldness, and alopecia barbae, which affects the beard. The latter is what I had the pleasure of being formally diagnosed with.

There’s no exact known cause of alopecia, but stress is believed to be a major factor. “The predisposing factors aren’t well known; genetics may play a role, but stress has been associated as a trigger for many patients, potentially via a spike in cortisol which can upregulate circulating immune cells,” says Dr. Dhingra. “For someone predisposed, this heightened immunologic surveillance may lead to a sudden episode of hair loss.”

Unsurprisingly, this random hair loss can be quite jarring, which in turn has the potential to cause more stress and further perpetuate the severity of the condition. Essentially, hair loss plus stress related to the aforementioned hair loss equals more hair loss. Alopecia can be a cruel, self-fulfilling cycle.

The good news is that the condition isn’t usually symptomatic of a larger health problem, and Dr. Dhingra says most cases will “spontaneously improve in 12-18 months.” Tragically, this wasn’t the case for me. But for those who lack patience, there are a few treatments available.

The most common treatment is steroid injections which are administered directly into the affected areas. “The steroids themselves don’t boost hair production, but diminish the cause of the loss,” Dr. Dhingra explains. Once applied, patients can expect to see hair growth improve naturally over time. For best results, repeat this treatment every month. It’s common for the hair growth to be light at first before resuming its normal frequency in approximately 3-6 months.

If you’re not into needles, there are other options available. “Topical steroids can sometimes be used, and off-label use of a laser with UV light has been effective for combating the inflammation that causes hair loss.”

I’ve received steroid injections intermittently over the past three years. Since alopecia is an actual medical condition, the treatment was covered by my health insurance. (The one silver lining in this whole ordeal.) “Otherwise, it’s like $50,” says Dr. Dhingra.

As much of an aesthetic headache as it is, alopecia is not the end of the world. It’s also much more common than you think. Once I was diagnosed, I started noticing more and more people with random beard baldness. I was tempted to show solidarity with my beard-bald brethren, but if you know someone dealing with random hair loss, it’s probably best that you don’t bring it up.

Three years and over a dozen steroid injections later, my alopecia has waned and my beard is as full as ever. Since I don’t plan on giving up a life of stress anytime soon, it’s possible that the beard patches will return, but at least this time I’ll know what I’m dealing with. Until then, it’s just one less thing to worry about. 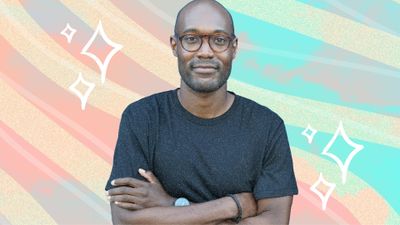 
What it’s like to build a beauty brand as a Black founder: ‘You get ghosted a lot.’ 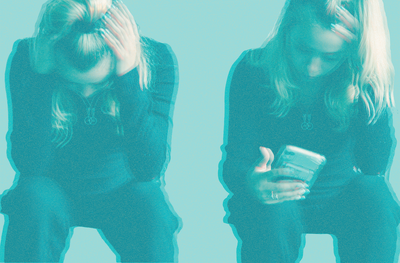