In the year we lost, BTS gave so much

If you’re an ARMY like me, you probably rang in 2020 with BTS. And like me, you most definitely felt hope swell inside you with the promise of tomorrow.

Yet here we are, forever changed by this hellish year. As the world traversed a decline, BTS paved a path onwards and upwards. We lost so much, but we gained love, connection, and understanding from our OT7 (One True 7). Below, we revisit the past year with BTS and their impact on ARMY facing isolation, loneliness, and anxiety – knowing that our well-being is better for having known BTS.

SEE ALSO: How BTS helped these five men redefine masculinity and learn to love themselves

Australia was burning. “The sunset was red, the orange sky full of ash. Thousands of Australians lost their homes,” says Ana Giggins. Meanwhile, BTS leapt into 2020 with “Interlude: Shadow” and the comeback map for the new album.

Connect, BTS globalized artwork across mediums and “Black Swan” was released alongside an art film; a “tremendous testament to the fear of falling out of love with your passion and craft.” BTS also performed at the Grammys with Lil Nas X for an “Old Town Road” stage.

The debut performance of “Black Swan” on “James Corden’s Late Late Show” showed BTS “barefoot, beautiful, and dressed in black. Little did we all know that performance was one of the last times BTS would perform in front of a live audience.”

“The last time I had fun was in February, no joke,” says Sylvia Park. “We got the EGO comeback trailer with Hobi which was so Hobi. The 길로 길로 길로 part would be fantastic live.” Sylvia was up at 1 am for the drop of “Map Of The Soul: 7” and sleep evaded her for the rest of the morning.

Carpool Karaoke with Corden was a good time, but it was Jimmy Fallon’s special BTS episode, where they performed ON in Grand Central Station, that took the cake. “I finally felt like, okay, this is our new norm, strides were being made. The fact that they were free to speak Korean, something about this interview felt like someone said, ‘Okay, we need to accommodate, make them feel as comfortable as they can.'”

Taehyung’s “Sweet Night” was released to global acclaim. “I’m especially proud of Taehyung for achieving over 100 iTunes #1 across the world,” says Connie Kuo. And “Who” by Lauv featuring Jimin and Jungkook was a match made in heaven.

But COVID-19 also strengthened its grip on the world. “For the first time in my life, I felt scared to be Asian in America. A group of men walked by me in public, and with these disgusted looks on their faces proceeded to lift their shirts up and cover their mouth, implying that I was somehow contagious.”

Watching Run BTS! helped her during this time. “Their natural chemistry, undeniable charm, and hilarious sense of humor brought such joy to my life. I think ARMYs all over the world can attest to the comfort and healing that is Bangtan. They’re an instant serotonin boost.”

Off the back of more virus restrictions and the MOTS Tour being postponed, BangBangCon “didn’t replace the anticipated joy from the tour, [but] it did provide some balm to the wound of the cancellations and general lockdown life,” says Jenna Guillaume.

BTS continued to stream on V LIVE doing all manner of activities. “Like so many of us, their immediate response to lockdown seemed to be — try ALL the things.” They also announced via YouTube live stream that another album was coming. “The thought that while we were losing the tour, we were gaining music and art we wouldn’t have had otherwise was comforting.”

She refers to an essay called “The Third Thing” by poet Donald Hall:

“Third things are essential to marriages, objects or practices or habits or arts or institutions or games or human beings that provide a site of joint rapture or contentment. Each member of a couple is separate; the two come together in double attention.”

“BTS is a beautiful, remarkable Third Thing that I share with others; they have connected us and brought us closer in a myriad of ways.”

May was “a time of real soul searching on how I could cope when so much of the context of my adult life had disappeared,” says Lucy Ford, who lived with her parents during lockdown for the first time in several years. Luckily, BTS’s docuseries “Break The Silence” aired and Yoongi’s collaboration with IU on “Eight” was released.

“Yoongi has such a unique way of making you feel like he’s singing directly at you,” she says of his second mixtape, “D-2.” “And like no one else is experiencing what you’re listening to in the same way, which is really magical when you know so many people are literally listening at the same time.”

With normality on an indefinite hiatus, BTS’s speech to the graduating class of 2020 “contained so much advice that people desperately needed, even if they weren’t graduating,” says Adaeze Agbakoba. Festa celebrations were healing for her, especially the line ‘Even if our steps might be in different frequencies, I’d like to walk on this path with you’ (Doolset Bangtan) from Jungkook’s “Still With You.”

“I have always felt connected to BTS, but I believe what they did for BLM, as a Black person born and raised in the US, made me gain so much respect for them. I like to think that BTS encourages us to use them as a vessel to get things done. Their words are always made to empower and inspire change.”

One day, they will unite with ARMY, “but until then, I’ll be in my room, ARMY bomb flashing, waiting for them like I always do.”

“Map Of The Soul: The Journey” dropped, featuring the previously released “Stay Gold.” “In a fandom like the BTS ARMY, histories are recorded every single day,” says Yassin. “We’re also well-fed. In a month as stressful as July was for me, I needed everything I could get.”

Columbia started teasing “Dynamite” and Jungkook released his cover of “10,000 Hours.” “I also can’t forget how we gave ‘Black Swan’ over 100 #1s on iTunes and broke a nearly five-year-old record from Adele.”

After weeks of waiting — radio hosts being picked up in a bus to listen to the track in secret and a disappointing wait only to be given a Spotify link — “Dynamite” was released. “It felt like a song that was left off a Jackson 5 album,” says Natasha Mulenga. “I was so proud and happy seeing them reach number 1 on the Billboard Hot 100.”

“Comeback season is always fun, in fact, it causes me a little bit of anxiety because you can never prepare your heart, mind, and soul for the level of excellence BTS will bestow upon us.” It was common to hope that one day BTS might top the Billboard chart with a Korean track, too.

According to Natasha, “In The Soop” “felt more intimate than ‘Bon Voyage.’ It always astounds me the level in which BTS and BigHit entrust ARMY with such personal information about the members and we should never take it for granted.”

“The highlight of BTS-related events in September for me was Tiny Desk,” says Fatima Farha. “I had been waiting so long for BTS to do this and it was such a treat. Their stripped-down performances of “Dynamite,” “Save Me,” and “Spring Day,” just further affirmed that they’re masterclass performers in any setting.”

“Along with this, the UN speech was of course beautiful, and it was our first ‘hint’ to Life Goes On. Their words and their music is always a source of comfort for me, their presence always makes me feel connected to something good, and their outlook on life brings me a kind of positivity that absolutely empowers me.”

Yoongi, Hoseok, and Jungkook collaborated with Jawsh 685 on another version of his “Laxed – Siren Beat”; Jason Derulo was also in the mix. It was “a huge surprise and getting it to #1 was a big achievement for ARMY because we hadn’t been this organized about a sub-unit feature before,” says Patricia Dysinger.

BTS rounded off their week-long residency on Jimmy Fallon’s The Tonight Show, before performing across two nights for their streamed “MOTS ON:E” concert. “The rush seeing them perform the MOTS7 songs that I would have seen live on tour was bittersweet. I still have my Chicago ticket.”

We heard “BE” for the first time. “I felt an immediate rush of comfort—almost like BTS was giving me a big hug and telling me that while things may be tough right now, better days will come,” says Nicole Santero. “As ARMYs shared their real-time reactions to the album on Twitter, I felt even more connected to them too as we all listened to the album together at that very moment.”

“From their GRAMMY nomination to topping the Billboard charts with ‘BE’ and ‘Life Goes On’, BTS and ARMY was proof that music was powerful enough to transcend language. As an Asian American who never really saw people like myself at the forefront like this growing up, BTS continues to make me so proud to see them accomplishing things that people in our community maybe never dreamed of being possible.” That’s right — a Billboard Hot 100 #1 for a Korean language song.

Seokjin gifted us “Abyss” for his birthday, which “definitely brought tears to my eyes,” says Danielle Frazier. “I’m glad Jin is more open to sharing his somber thoughts through song. They make such beautiful music.” BTS also swept the MMA and MAMA award shows, walking away with several Daesangs.

December has left mixed emotions for Danielle after the stage at The Fact Music Awards, which featured blankets with stolen patterns and “terrible recreations of tipis that are used by members of several First Nations tribes and Native Americans.” As this has happened before, Danielle hopes that BigHit will listen to the pleas of ARMY to not use them again.

Overall, BTS has been an indescribable comfort. “I was diagnosed with Ewing’s Sarcoma in November after breaking my femur while walking. I’m 30 years old and obviously never expected to be making plans for my funeral. If I could have only one more year on this earth, I’m glad I could spend it with BTS.”

While the world buckled under the weight of the pandemic, BTS went from strength to strength, leaving no stone unturned. Namjoon told Reuters that BTS are aliens to the music industry in America. “We don’t know if there’s a place for us or not,” he said. Hopefully, they know that yes, there is. We set a place for them. 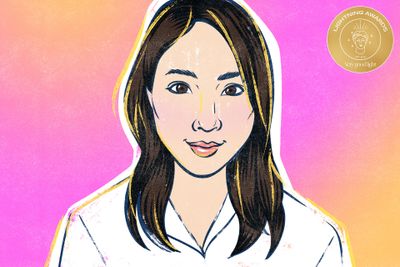 
A guide to ethical cannabis skincare consumption, and the CBD facial oil that inspired me to become a cannabis activist 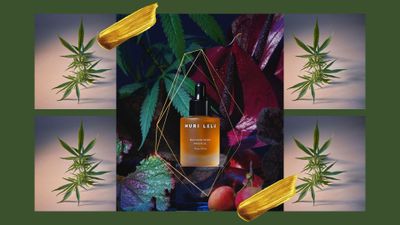