A guide to ethical cannabis skincare consumption, and the CBD facial oil that inspired me to become a cannabis activist

This winter—or rather, this year—has not been kind to my skin.

In the last month, I’ve experienced hormonal breakouts, dry patches, and irritation from an at-home waxing gone wrong. My skin lately has been red, angry, and inflamed, and honestly, I can’t blame it. I’m fed up, too. This year has been a whirlwind of emotions that include awful tragedies and new beginnings. The stress, anxiety, and uncertainty I feel inside has undoubtedly manifested as inflammation on my face. I wanted to soothe my skin—and really, myself—so I turned to the flower with the power to calm and heal: CBD.

The world of CBD skincare is confusing and convoluted. How does CBD differ from THC? What does it do for your skin that other plant-based ingredients don’t? What does “full-spectrum” even mean? Before I get into the review, let’s go over the basics of cannabis and how it ended up in our skincare.

Due to the stigma of cannabis and its classification as a Schedule I drug at the federal level in the United States, scientists have only recently been allowed to study the medicinal effects of the plant. This has only been made possible as a result of some states legalizing the possession and use of cannabis for personal and medical use.

California became the first state to legalize medical cannabis in 1996, and although it’s not clear exactly when CBD started appearing in skincare, today it’s one of the fastest-growing markets within the beauty industry. A report from Allied Market Research projected that the global CBD skincare market is expected to reach $3.48 billion by 2026.

CBD has shown promising skincare benefits in clinical trials as an anti-inflammatory agent, which could be beneficial for those suffering from rosacea, redness, itchiness, or acne. A 2007 study found that cannabinoids were an effective treatment for psoriasis. Additional studies in rats suggested that CBD may be useful in reducing arthritis-related pain and inflammation. Scientists have barely scratched the surface on cannabis research so there’s still so much left unknown, but the definitive research we do have so far leads us to believe that CBD can have a meaningful effect on the skin.

However, not all CBD is created equal. The promising studies on CBD have led some beauty brands to jump on the CBD bandwagon without doing their due diligence on the scientific, cultural, and social consequences of using CBD. You can tell the brands that cut corners when they just list hemp seed oil or cannabis sativa oil on their ingredient list instead of cannabis extract or even cannabidiol, which is the actual active ingredient that contains the anti-inflammatory properties you’re looking for from a CBD product.

As Very Good Light has explored previously, the cannabis industry is one that was built on the backs of minorities, particularly Black and Brown Americans. In 2018, 663,367 people were arrested for a marijuana law violation. Black people are five times more likely to be incarcerated than white people, for whom marijuana possession has mostly meant profit. In 2017, a study showed 81 percent of dispensary owners were white.

It is important to view the CBD skincare craze through this historical lens and give back to the minority populations who’ve suffered as a result of the failed drug war that started this crusade against cannabis. If your CBD skincare isn’t woke enough to acknowledge this painful past while actively trying to lobby our government to strike down laws that were literally created to imprison Black and Brown people, I don’t want it.

I was thinking about all of this when Muri Lelu’s Indica face oil landed at my doorstep. At first, I was skeptical to try it knowing what I know (and don’t know) about CBD, but my skin was desperate for some relief. I incorporated the oil into my routine, educated myself on CBD skincare, and emerged from my quarantine bedroom a month later with happy, healthy skin and a burning passion to teach people about the magical, medicinal benefits of the cannabis plant.

Launched in June of this year, the first thing you need to know about the founders of Muri Lelu is that you don’t know the founders of Muri Lelu. Seriously, even we don’t know who the founders are. All we know about them is that they are three first-generation American women with French, Egyptian, and Belizean heritage who operate under pseudonyms in order to “maintain the power of the collective and achieve a bit of allure,” according to a brand profile in Vogue.

The decision to remain anonymous is one that I respect on multiple fronts. In an industry where founders are elevated to near celebrity-status for simply doing their job, I admire their choice to pursue their career goals without falling into the beauty-brand-founder-turned-accidental-influencer trap. This trap not only breaks down personal boundaries, but also more often than not takes founders away from their job of, you know, developing and distributing products. It’s a distraction from the products, which is why we’re all here anyway.

Muri Lelu launched with a single product, Mauvaise Herbe Indica Oil ($135), which is the product I tried and, spoiler alert, fell in love with. They released a Bloomrise Sativa Serum ($135) after their initial launch and plan to release more products containing extracts from the cannabis flower—not limited to just CBD.

Muri Lelu differentiates itself from the crowded CBD beauty marketplace by utilizing the whole cannabis flower, from stalk to seed. The founders believe there is much more to be gained from the cannabis flower than just CBD and THC, and they incorporate the plant’s many potent compounds in their products.

The murky waters of profiting off the cannabis industry while thousands sit in jail for doing the same thing are not brushed under the rug at Muri Lulu. The brand donates a portion of sales to legal organizations like the Last Prisoner Project, a nonprofit working for criminal justice reform, and National Expungement Week, a grassroots movement that aims to give those with drug-related convictions a fresh start.

The cannabis industry is not cut and dry. It’s barely in its infancy, legally speaking, and yet there’s so much work we have to do to undo the sins of its past. From both a scientific and political perspective, we’ve barely scratched the surface of what this plant has to offer, but we don’t get to just press reset and rewrite a story that began long before the first statewide legalization in 1996. We have to make it right, and CBD skincare brands that don’t acknowledge and act on this responsibility are careless and misguided.

Clearly, I have no chill when talking about the cannabis industry and I fully blame Muri Lelu for turning me into That Person. I know I’ve gone off on so many cannabis-related tangents, but I want to bring it back to the reason why we’re all here: my angry, inflamed skin and the product that made my skin chill the F out, which is Muri Lelu’s Mauvaise Herbe Indica Oil ($135).

The bottle is incredibly chic with a frosted glass base and a simple black dropper cap. There are no cheesy marijuana plant drawings on the packaging or green colorways. Everything about the product and packaging is elevated, modern, and sophisticated.

The first thing you notice when you try this product is the smell. It smells… exactly like weed. Which is a good thing! The hemp plant is a flower, after all, and the potent scent profile certainly isn’t shy. It felt overwhelming at first, but now I love the scent.

The facial oil is packed with all the antioxidant and anti-inflammatory compounds that the cannabis flower is famous for, including cannabinoids, flavonoids, and fatty acids. Additional plant extracts including jojoba oil, rosehip oil, and licorice extract (a natural skin brightening agent) are key supporting players in this ultra-rich oil. What it does not include are sulfates, parabens, phthalates, silicones, synthetic fragrances, colorants, or any animal-derived ingredients. It’s pure plant extract magic in a bottle.

I know this is what you came here for, but I’m going to keep it short and sweet: this facial oil is GOOD. I use facial oils are the last step in my routine to seal in the moisture and hydration I get from my night cream, and this oil slides into my skin’s home base perfectly. It’s my favorite part of my nighttime routine and inhaling that potent, flowery scent every night is like aromatherapy.

The plant extracts gave my skin all the nutrients it needs to thrive and repair itself from the stress and breakouts I was experiencing. The redness around my nose and on my cheeks dissipated quickly, and my skin felt hydrated well into the morning when I woke up after applying it at night.

The sticker price makes me cringe, but I know high-quality facial oils are expensive, and you really only need 1-2 drops to cover your entire face. This is also the price of ethical cannabis consumption, and it’s something I would be proud to pay for knowing that my money’s going back to serve the people whose lives were uprooted and destroyed as a result of the war on drugs.

This facial oil is a reminder of just how powerful the beauty industry is. As beauty and cannabis converge into a multi-billion dollar industry, we have the power to make the best of this moment and facilitate real social change. Cannabis is a magical, powerful plant, but we must remember to wield that power wisely.

— CBD is an anti-inflammatory compound taken from the hemp plant, and when used in skincare, it can treat rosacea, redness, itchiness, or acne

— Muri Lelu is a cannabis skincare company with a conscious

Only buy if you’re also willing to support criminal justice reform and legalization in all 50 states, because ethical cannabis consumption is important! Buy HERE for $135. 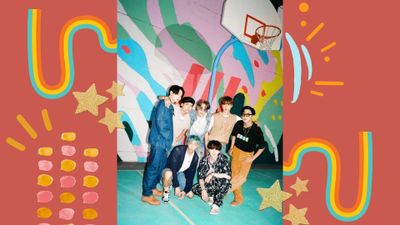 
In the year we lost, BTS gave so much 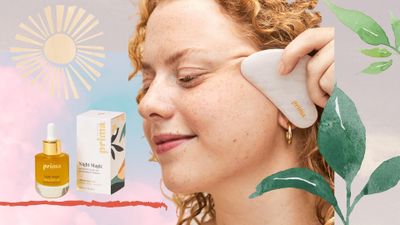