Thanks, Parasite for reminding all of us about the power of K-Beauty

One word that seems to never leave the side of K-Beauty is “trend.”

Because, let’s face it: like the many beauty routines and products that have come before it, Western beauty reporting tends to view Korean beauty as nothing more than a short-term blip, rather than a cultural movement based on generations of skincare and cosmetic rituals. But a certain Korean dark comedy thriller that’s swept the nation may seem to be (finally) challenging the dialogue.

ICYMI: Parasite was the film on everyone’s lips during the 2020 Academy Awards. Not only did the Korean film deservedly win a grand total of four awards during the night, but Bong Joon Ho’s epic film made cinematic history by being the first non-English film ever to win Best Picture.

“Writing a script is always such a lonely process; we never write to represent our countries,” said Bong via his translator Sharon Choi. “But this is [the] very first Oscar to South Korea,” adding a plea to moviegoers to overcome stigmas that come from reading subtitles.

So, how do multiple Oscar wins relate to beauty in any way? Well, it doesn’t, but the gleam on their eyes and their skin hints to something much bigger. What it really relates to is the bigger picture that shows minority cultures should be treated as more than just a “trend.” Parasite‘s recognition and popularity was a huge win not just for Ho, or just South Korea: it proved that minorities as a whole, regardless if we’re talking skincare or cinematography, can permanently resonate within Western culture for the better.

Standing alongside him for the award was actress Cho Yeo-Jeong, Park So-dam, Lee Sun Gyun, Choi Woo-Shik, and Song Kang-ho, who all glowed onstage. While the cast descended to the stage to give the final moving speech of the night, their faces literally lit up the room. Full of bouncy, dewy, beautiful skin, they proved the power of a 10-step Korean beauty regimen. So, what was the secret beauty product the Parasite cast used to have that prominent radiance that only grew stronger with each win? While most of the cast’s glam team has stayed mum on their beauty secrets (if only someone would spill on Bong’s skincare routine), we can only assume their beauty routine pays homage to their native country with Korean classics:

Yes, double cleansing is important, but toners are the final cleansing defense in K-Beauty skincare routines. But, not all toners are created equal: it’s important to go for one that detoxifies and hydrates that the same time, like the Benton Aloe BHA Skin Toner, a fan-favorite.

Essence not only gives pores a soothing, hydrated “ahh” feeling, but they also add an extra boost of hydrating that your just-cleansed skin is begging for. Due to the dewiness of their skin, we’re guessing the Parasite team used the moisturizing power of the Cosrx Advanced Snail 96 Mucin Power Essence.

But seriously, how did the whole cast get the same luminous glow without looking greasy on stage — especially when accepting the biggest award in film while making history? The answer: (probably) a water-based gel moisturizer. Tony Moly Chok Chok Green Tea Watery Cream was definitely (maybe) on their faces for a oump glow without the greasy residue.

TLC for the under eyes:

No matter how many sleepless nights the cast must have had while filming one of the world’s most jarring movies, they looked pretty rested and ready to take on the night. So, even if Bong celebrated by rightfully partying all night, his under eyes were most likely prepped and ready with a K-Beauty staple: the Acwell Licorice pH Balancing Intensive Eye Cream, a top-rated eye product that can easily tackle dark circles and hyperpigmentation via the powers of licorice water and licorice extract.

There are two major anchors to K-Beauty: sun protection, and flawless complexions. So, why not fuse the two together? We can only believe that the Parasite cast reached for the ever-popular Missha Perfect Cover BB Cream SPF 42 PA+++ to give their faces the perfect glow they had all night while protecting their pores from the harsh LA sun. 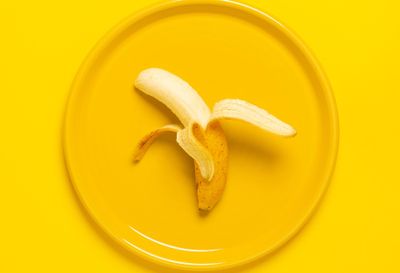 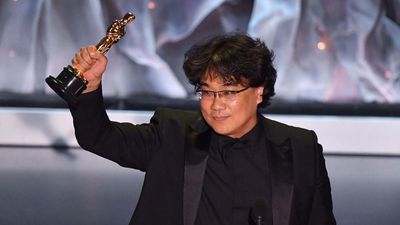