I’ll never forget my Korean-American cousin Lisa’s heartbreak growing up when she felt the world refused to acknowledge her and her mother tongue.

She specifically recalls a story about translating for her mother at a doctor’s office with an obstinate and rather impatient doctor becoming more and more irate at my aunt’s lack of English proficiency.

SEE ALSO: As an Asian American in this country, I’m invisible

“What language is that?”

“Why can’t your mom understand?”

“Is she slow or is it just that she doesn’t know what I’m saying?”

Such is the quintessential story of many children of American immigrant families who feel a sense of shame or “otherness” in their own country. It’s the onus of translating for your family when your translation skills aren’t even adequate. It’s dodging stares while speaking in your mother tongue in predominantly white spaces. It’s creating your own sense of belonging and community, one that isn’t completely American or ethnic.

As Asian Americans, we’ve had to suppress our voices in fear that they’d be too loud. We’ve had to acclimate to the idea that we hide in the shadows so that we don’t stand out from a crowd. Our people cower over as if acknowledging that yes, we are the perpetual foreigners that Americans perceive us as being.

This is amplified with the fact that we’re rarely celebrated on silverscreens, to the Great White Way. Our music is muffled on radio stations even if BTS is the biggest band in the world. Our languages, beautifully tangled with cadences and breathy consonants have never been perceived as more than a mix of dissonant sounds. And as such, we’ve been taught to keep our pride for our cultures to ourselves as if somehow it’s safer that way.

All of that changed Sunday night when our mother tongue was spoken at Hollywood’s biggest night. It was Bong Joon Ho’s iconoclastic black comedy film, “Parasite,” that went on to make history, winning not only one, but four Oscars on Sunday.

“This is the very first Oscar to South Korea,” Bong said via his translator, Sharon Choi. He’d go on to not only win best film in a foreign language, but best director, original screenplay, and the biggest award of the night, best picture.

The moment sent chills up my own spine, as I realized this wasn’t just a win for South Korea, it was also one for immigrant family everywhere. It was symbolic of change, but more so, how impossible of a feat it is to be recognized if you come from someplace else. The reality is, for Bong and many immigrants, to be honored, you can’t only be good, you have to be better than good. You have to be near-perfect to stand on stages and win accolades. With “Parasite,” Bong not only shattered glass ceilings, tore down walls that kept foreign voices out, but forced others to listen to those who they may have once pretended not to understand.

Not only did it reaffirm our existence, but finally celebrated what we already knew about ourselves. Immigrants are magic.


Thanks, Parasite for reminding all of us about the power of K-Beauty 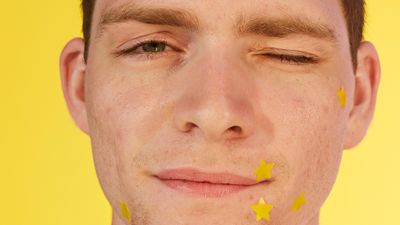