Pete Buttigieg is yet another cis, white male who happens to be gay.

By now, you’ve heard of Pete Buttigieg, one of the frontrunners in the Democratic primary. News flash: he’s gay. And he may become our next president.

The former South Bend, Ind. mayor isn’t just gay as a matter-of-fact. His homosexuality, along with his religious faith and military service, are defining features of the tough-talking democratic moderate’s persona.

SEE MORE: This is how one person is making space for black queer men

Like most of the nation, I first became aware of him back in April, days before officially announcing his candidacy. It was then that he eloquently spoke about his coming out journey at the Victory Fund’s annual brunch. “If you could have offered me a pill that could make me straight, I would have swallowed it before you could give me a swig of water,” Buttigieg said to a room filled with Washington’s gay elite. “It’s a hard thing to think about now. If you had shown me exactly what it was that made me gay, I would have cut it out with a knife.”

To much fanfare, he called out our vice president’s extreme views on homosexuality stating that if Mike Pence had “a problem with who I am, your problem is not with me – your quarrel, sir, is with my creator.” His stance boldly challenged what some on the left see as the hypocrisy of the political right’s appropriation of christian values while placing a man like Donald Trump, a rumored adulterer and confessed sexual predator, at the literal head of their party. It’s been a very long time since a Democrat on the national stage not only wore their religious faith with such conviction but took the “morality fight” to conservatives’ doorsteps. And while such a combination of traits is bound to raise any politician’s profile, that speech acted as a thunderclap moment for the democratic upstart.

In the days and weeks that followed, Buttigieg received love notes disguised as serious profiles written by major news outlets. His face landed on the front of several glossy covers including: New York Magazine, Out magazine’s annual pride issue and even TIME put him and his husband, Chasten Buttigieg, on its cover. The bold headline “First Family” described them.

He also began raking in the endorsements. With the help of some very visible gay supporters, including mega producer Ryan Murphy, Buttigieg quickly jumped into the top tier of democratic hopefuls with fundraising totals that rivaled much more well known names at the time like Bernie Sanders and Beto O’Rourke. He sat down with Rachel Maddow, danced with Ellen and slow jammed the news with Jimmy Fallon. He held a town hall with Fox News, which won in the ratings and got the attention of Trump, and was covered so much that even his coverage got coverage.

But with so much coverage came scrutiny as well. Namely, from the black community, which looked into his past as mayor.

Between his first two terms as Mayor of South Bend he lost black support upon reelection. He wasn’t immediately endorsed for president by any black officials from the city, one he ran for nearly 8-years. In fact, he was recently passed over in favor of former Vice President Joe Biden, by South Bend’s own Councilman, Oliver Davis. Davis went on to tell Politico that the former mayor’s issues raising support from black voters “is not a new problem for him.”

The narrative that the campaign, and the Buttigieg himself, were clueless on race reached fever pitch recently when a clip of Buttigieg from 2011 resurfaced and began trending on Twitter. In it, he suggests the problem with African American children’s underperformance was due to their lack of proper role models.

Yes, he simplified the entire black experience and its struggles on the lack of role models. It’s obvious that the political hopeful just doesn’t seem to get it when it comes to race. One survey last spring had Buttigieg’s support among black voters at just 0%. Subsequent polling hasn’t seen him fare much better. As the year winds down and the campaign revs up, Mayor Pete Fever seems to be dwindling (outside of very white Iowa) as think pieces arise to ask the question: What is at the root cause of Mayor Pete’s lack of appeal with voters rich in melanin?

Could it be Buttigieg’s track record with black voters in his home state? Particularly, his housing program that disproportionately harmed South Bend’s black residents. I would argue that that is a far too nuanced and complicated story to be weaponized against Pete. And in fact, a lot of his biggest adversaries within the community during the implementation of his controversial program have since come out in support of him, though not his candidacy for President.

What about his sexuality? Everyone knows that black, brown and Asian people don’t really like gay folks. And while that may still be disproportionately true, I’ll leave it to my friend, Nate Silver to explain why that’s also horseshit.

He famously said: “All Lives Matter.” That must be it, right? So did Janet Jackson. No one cares.

I was initially drawn to Buttigieg because of that speech he gave at the Victory Fund brunch. His words and articulation of his pain dealing with his budding sexuality resonated with me as a gay man, in the same way I’m sure they would with any queer person.

But as I began to pay closer attention to Mayor Pete, I realized something profound:He’s incredibly mediocre. Not from an average person point of view of course but from a presidential candidate’s point of view. I mean, yes, He served in the military. That’s a great achievement. However, even as 2020 candidates go, current and former, he isn’t the most decorated or experienced. He also isn’t the smartest. Yes, Buttigieg is a Rhodes scholar, an Ivy League graduate and two term mayor…but so is Cory Booker.

The simple fact is, Mayor Pete’s meteoric rise, in and of itself, is a symptom of the problem he has with minorities. His superstardom, on the back of a few speeches and television appearances, is emblematic of the uneven playing field people of color face when standing next to comparably experienced white men. People of color (especially queer POC) who are watching this race unfold are seeing a narrative play out that the media has yet to pick up on: Another underqualified, average white man glides into superstardom while his equally, in some cases more, qualified peers languish.

What’s even worse is that Mayor Pete already comes from a community in which this double standard has been discussed to the point of parody. Black and Asian gay men, as well as queer women of all races, have been speaking up and speaking out about lopsided media representation of white gay men for ages now. I myself have written several articles on it and even filmed a movie about the subject.

So what can Mayor Pete do to win over voters of color? The short answer for most would be to not exist at the level you do to begin with. Go back, work your way up the way any woman or person of color would have had to if you were them, and then be exceptional. Remarkable. Have culture-pushing ideas that are revolutionary. Because for black people or queer PoCs, we can’t just be good – we have to be great – and that’s still not good enough. 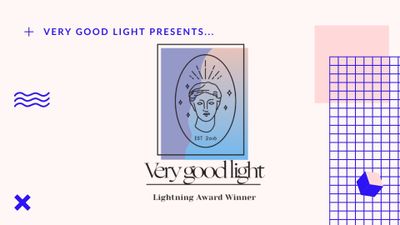 
Here’s why our beauty awards, The 2019 Lightning Awards ⚡️, is still so important 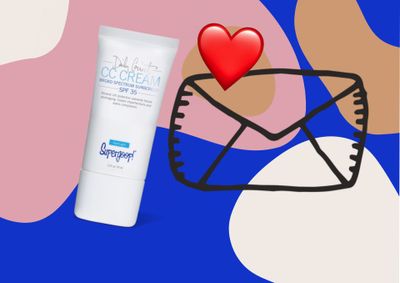