The most addictive show out now isn’t on Netflix or Hulu. It’s not even on Snapchat Discover.

It’s Model Boy, a snackable 12-15 minute show that’s all about the industry from the purview of male models. Each of the episodes is so believable with its situations, dialogue and cameos, it feels as if you’re actually stepping into New Yorker’s fabulous, fast-paced fashion life. It’s no surprise then, to know that the story is written and directed by ex-fashion journalist and Vogue + V magazine alum, Jacob Brown. The veteran has been running in these circles and writing countless stories from the inside of the fashion industry.

SEE ALSO: It’s time we talk about body image and the male physique

Model Boy is compelling not only because of the great acting or the dreamy way in which it’s shot. It’s because it delves into the often unspoken parts of the fashion industry, one that men rarely speak about.  Model Boy centers around a male model named Felix, his superstar girlfriend, Summer and the many new people who come into their lives. While Felix’s star is falling, he finds himself grappling with the reality of being painfully eclipsed by what seems like everyone else including: younger new models, his own successful girlfriend, and the entire industry. At the core of the story is one about the darkness that shrouds an individual and his self-worth based upon an often toxic and predatory industry.

In a time of #metoo, abused men are often left behind and feel too vulnerable to speak up, embarrassed about falling victim, or shamed into silence. After all, there are repercussions that do come from speaking out. Just look at the survivors of Mario Testino and Bruce Weber, arguably the two most iconic and powerful photographers who allegedly sexually assaulted models and assistants. Many of the men who’ve spoken out weren’t only told to keep their mouths shut, but the many who were outspoken weren’t believed. The latter is what continues to silence other many from sharing their own traumas or exposing predators altogether.

The situation feels all too real for Taylor Rosen who plays Felix in the series. The model turned actor who lives in Queens, says that many of the show’s situations are rooted in reality. “It’s really easy to get caught up in the industry when you’re starting out,” he tells Very Good Light. Taylor started in the industry when he was 19 and signed to a major agency. His first gig was flying to Milan and then booking a Prada show. “I couldn’t believe I was getting paid so much money just to do this,” he recalls.

When you’re young, hungry and impressionable, you want to do anything to survive. That means not only networking to gain more exposure, but at times, letting uncomfortable situations go. “It’s happened to me before,” Taylor says. “I’ve been in situations where there’s been inappropriate touching or insensitive comments. It’s tough to know how and when to stand up for yourself.”

Protecting yourself and fending off uncomfortable situations is definitely unspoken in the male modeling world, says Taylor.

(Editor’s Note: As an editor myself at places like Women’s Wear Daily, I’ve witnessed many despicable behaviors exhibited by my co-workers or peers, some that still haunt me today. Many editors, stylists, fashion directors definitely have their share of “boy toys,” without considering the harm such objectification can have on men.)

“Male models are left behind and there’s no one to protect these guys,” Taylor tells us. “There’s no union. There’s no public role models they can reach out to. These guys often come from other countries and are 18. They’re expected to survive this crazy industry but no one is protecting them.”

At the end of the day, Taylor says that there needs to be destigmatization when it comes to men and abuse. There also needs to be real conversations with men – especially those who are young – when it comes to standing their ground. “There’s a lot of shame and guilt for men it’s a cycle that continues to suffer in silence,” he says. But bringing awareness to these issues and talking about it more openly are good solutions.

“I have given unsolicited advice to younger guys from what I’ve encountered and advice I wish I gave myself,” he tells us. “I tell them to set the tone early on for the type of person and model that you’re going to be. Meaning, don’t let anyone take advantage of you. Stick up for yourself. Know you have and deserve respect. You deserve to be treated as an equal. 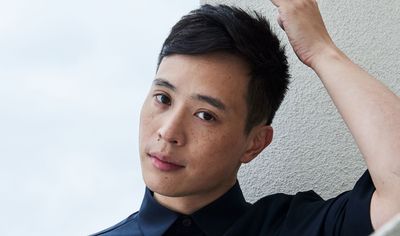 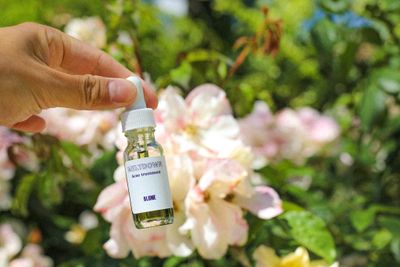