Something beautiful happened when we asked 3 models to open up about mental health.

According to Mental Health America, 1 in 5 men will experience mental health issues every year in the U.S. alone. Among mental illnesses experienced, the most common are depression and anxiety, with over 6 million men affected. Mental health issues are a leading cause of deaths by suicides in this country, which has been on the rise since 2000. Men are also four times more likely to die by suicide than women, and is the 7th leading cause of deaths for men.

SEE ALSO: We need to talk about our Kpop idols and mental health

It’s apparent there’s a crisis – and some would call genocide – occurring with American guys. But there’s also a solution: opening up and seeking help. Mental health is serious but it’s also treatable. The more guys are able to let their guards down, admit their struggles and become vulnerable, the better off they can be.

For an original story with Very Good Light, New York City-based photographer Peter Devito, photographed three models and asked each to open up about mental health, their own journeys and how they’ve overcome. It’s powerful and raw – and completely relatable. Below, each opens ups to Very Good Light about their own stories on mental health. It’s our hope that the more we practice vulnerability, the more courageous we become. Here’s to a strong, healthy and beautiful 2019.

If you or anyone you know is experiencing suicidal thoughts or ideation, contact the National Suicide Prevention Lifeline, a national network of local crisis centers that provides free and confidential emotional support to people in suicidal crisis or emotional distress 24 hours a day, 7 days a week. They’re committed to improving crisis services and advancing suicide prevention by empowering individuals, advancing professional best practices, and building awareness. Call 1-800-273-8255 or check out suicidepreventionlifeline.org.

“As a kid, depression was one of many skeletons I had in my closet and it was something I was surrounded by growing up. I remember always feeling lesser than everyone around me when I was in elementary and middle school. The fear of taking chances [because] I didn’t think I was worth the risk. I was comfortable living behind a facade and masking my emotions behind either silence or a smile. I was ready to live my life for anyone but myself.

I’ve seen the effects of mental health and how it leads to suicide. Life is the answer. I promise you it gets better and if nothing else know I love you.

I grew up seeing a lot of abuse and it helped me understand that in life it’s not about wealth or success. Life is about finding peace. I saw my mother fight with every bone in her body just to have peace physically and mentally. After I graduated high school, I made that my same fight. I found self-acceptance. I began to love everything I hated about myself, like my sexual identity and the responsibility of being a black gay man.

Fashion definitely was a test of my mental health. It’s a constant world of being treated like cattle and the power of your voice being muted [because] you don’t want to fuck up an opportunity. So you allow people to mistreat you. You deal with perverted photographers and people in the industry with the nastiest demeanors. I remember days of being so affected by the negativity I would succumb to alcohol, partying, and other vices to numb the pain. To not feel at all. The one thing I never did was give up and I pushed [through] knowing I needed to hold my own. Not just for myself but for my mother, my family who looks up to me and for other young black boys trying to find themselves. As an individual I was irreplaceable and I was a God in my own but that doesn’t make me better than the man next to me [because] he’s a god as well, we are all on an equal plateau so encourage your neighbor and help everyone rise.

I’ve seen the effects of mental health and how it leads to suicide. Life is the answer. I promise you it gets better and if nothing else know I love you. I’ve lost beautiful people due to mental health, so to end this I will use the words of my friend Rad who passed away to suicide a couple of years [ago] and I wish he believed in his own words [because] the world misses him. Don’t ever kill yourself!”

“I tried to bring up the dark years again. My father reacted as he always does. Violently defensive. But could I blame him? His son was a homeless, depressed, suicidal boy who he often wished would’ve been aborted anyway. On drunk nights, he’d try to finish the job. But only ended up aborting some of my teeth instead. So even after all these years, of course he’d be defensive. He’d probably think I wanted to blame him for everything. And I would probably be justified in doing so.

Just like every other time, he struck preemptively. He said I’m weak and incapable of carrying the weight of a man. To just deal with the past and move on.

I was only able to wrestle him into submission when I said, ‘you think I’m here to attack you. But you’re not listening at all. If I don’t tell you what I’ve been wanting to say before you die, I’m gonna regret it forever.’ He stopped struggling. He averted his eyes and braced himself.

Stop suffering in silence. It’s okay not to be okay.

‘Everything that happened. Every lonely Christmas I’ve spent under a bridge… every football game without a soul in the stands… the days I’d go hungry… the things I had to do to survive… I never… ever… hated you. I never doubted that you and umma loved me. And I never stopped loving you and umma. I always accepted that you were human and going through the long grim journey like the rest of us. I prayed for you every night and I prayed for myself… That’s all I ever wanted to say.’

If we have a broken leg or pneumonia we don’t hesitate to get help and assistance. We accept that we’ll need time to heal. But when it comes to ailments of the mind, we often choose to just deal with it. Sometimes, to the point where there is irreversible damage. The author Viktor E. Frankl said that man’s suffering behaves like a gas. If any quantity of gas is pumped into an empty chamber, it will fill the chamber completely and evenly, no matter how big the chamber. Thus, suffering completely fills the human soul and conscious mind, no matter whether the suffering is great or little, it will suffocate you … If you don’t sometimes open a window and let in some fresh air.

“My life used to be defined by a series of incredibly high highs, and low lows. My bipolar depression consumed my personality and ability to deal with everyday situations. I lost sight of the person I am until I was finally encouraged to get help. I’d always thought lowly of antidepressants and antipsychotics. To me, they seemed like crutches made for people who “aren’t strong enough” to handle real life. Come to find out, some people are mentally incapable of it.

If someone has a heart attack, they take medicine. If someone’s liver fails, they get surgery. If your lungs collapse, you take medicine. Why should our brains be the only organ in our bodies that is unworthy of help and care? Some people don’t have the same control of the emotional parts of the brain as others, just like some people can’t control their heart rate or blood pressure. I’m one of those people, and if you are too it’s worth getting help. Trust me.” 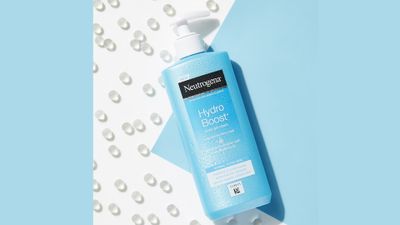 
This $9 hydrating gel will instantly quench your thirst.


The latest trend in grooming: pissing people off. 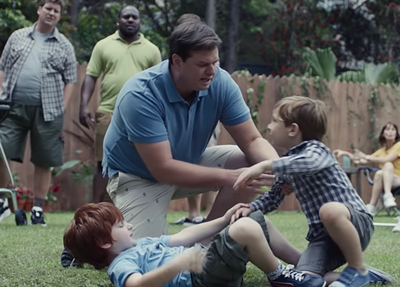