The latest trend in grooming: pissing people off.

Shaving brands have never been so cutting.

That’s because grooming brands are moving into the 21st century and evolving with the times. Brands like Gillette, America’s biggest and historic shaving companies, just launched a new campaign that promotes a new version of masculinity called “The Best Men Can Be.” This follows in the well-groomed footsteps of other brands like Schick, which launched its “Locker Room” talk videos with Kevin Love. Harry’s, perhaps Gillette’s biggest new rival, made 2017 a year when it was reinvent itself and align with spreading a more inclusive version of masculinity. It even came out with a round table series hosted by Justin Baldoni called “Man Enough.” All of the campaigns have been met with some kind of Internet outrage with consumers threatening to find new alternatives.

SEE ALSO: Do grooming brands have a masculinity problem?

Gillette’s newest campaign is probably taking the biggest of risks compared to its competitors. As America’s shaving brand, Gillette has more to lose than gain. According to the New York Times, the brand’s foothold seems to be shaky as competitors like Dollar Shave Club, acquired by Unilever and Harry’s, are targeting younger consumers. The brand is said to have slipped 1-percent in its most recent quarter.

Why are people so pissed?

Gillette is asking men – and women – to reflect on who they are. In less than two minutes, its newest campaign challenges viewers with themes like sexism, bullying, hypermasculinity, machoism, catcallers and more. Already, the video has over 4 million viewers on YouTube and counting. As of Tuesday, it’s the #10 trending video on the platform. With so many views, it also has over 350,000 “thumbs downs” as opposed to 87,000 “thumbs up,” a clear signifier that its built-in consumers are not fans of the brand’s new direction.

Perhaps one of the most daring scenes is when Gillette plays back its own problematic advertisements of the past, depicting a clean-shaven man with a woman caressing his cheeks, and calling it out. For Gillette, whose messaging even just five years ago, had Kate Upton and other women for the sole purpose of objectification, its dramatic change of tune is not only completely important but entirely brave.

I wrote about grooming brands being so problematic back in 2017, and also called out Gillette for its ads coming off as tone deaf. The industry, I wrote, is still viewed through a “hypermasculine lens, one that assumes that all men should pursue do something because of the interest of women, or that he’s even interested in women at all.” I went on to write this: “It also promotes this idea that man’s own masculinity is affirmed if only beautiful women give him the permission to do so. It’s this fragile masculinity, one that is based off of the permission from others, that’s been largely perpetuated by the shaving industry. If it was up to them, the standard of a man would look straight, white, athletic, macho, hypermasculine. Anything other would mean that you don’t exist.”

And so it’s very heartening to see that Gillette has taken social issues like #metoo to heart in an effort to confront these problems that are still so prevalent in Western culture. The risk was a huge one, but one that Gillette thought was well worth it. This, especially coming from so much backlash.

On Facebook alone, its customer base is wild with fury. One woman wrote: “Masculinity isn’t toxic, my god. I swear neither I nor anyone in my household will ever use another Gillette product again. #BoycottGillette.”

“The good men who are tired of being lectured to by politically correct snowflakes, won’t be buying Gillette anymore,” another wrote.

Fox and Friends, perhaps the purveyor of American morality, spent over 21 minutes dissecting the advertisement. It makes “men feel horrible,” one of the hosts say. In a bid to prove their point, the hosts had NFL player Benjamin Watson to weigh in. Instead, his words were completely powerful.

Does that mean men will “lose their toughness?” he’s later asked.  “You can have men who are tough, who are strong, who wrestle as we saw in the video. You can also have men who are tender, who are kind, who are loving, who speak truth, who affirm their children,” he replies.

Agree with the ad or not, one thing is completely certain: Gillette is the ultimate winner in all of this. With so much attention to its brand, its identity, and where it stands socially, the shaving brand just proved it can do good and spread a mass message, one that millions will see.

Brands like Gillette, Schick and Harry’s undoubtedly will lose a few customers to their social causes, but so be it. What so what? By doing the right thing, they’re gaining respect, a younger customer base, and changing lives at the same time. Your turn, Dollar Shave Club.

A few months ago, I attended a press preview for editors where Gillette execs from all of North America were in attendance. After a meet and greet as well as a preview of new products, I asked a brusque question to a manager: “Aren’t you afraid of the repercussions?”

He answered without hesitation: 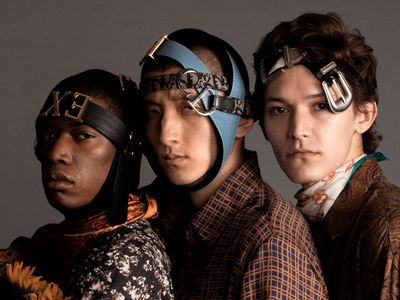 
Something beautiful happened when we asked 3 models to open up about mental health. 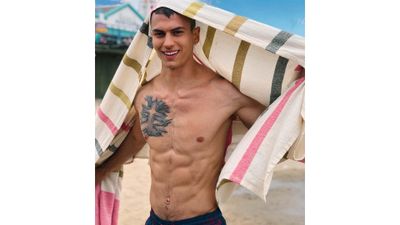