Do men’s grooming products have a masculinity problem?

Does fragile masculinity come in a bottle? How about a spray? Perhaps a bar of soap?

One need only walk the aisles of any drugstore or search online to find how men’s grooming products tiptoe around the fact that men actually use creams, cleansers, exfoliators to enhance their beauty. It’s clear that men are interested in primping themselves to perfection, as the grooming industry is hitting $50 billion a year in annual sales.

Is the very term “grooming,” something that’s extremely antiquated? Why do we as an industry refer to women’s products as “beauty” but “grooming” for men?

Which is why it’s completely silly to see brands naming cleansers such things as “Facial Fuel,” as if to make it absolutely clear that doing so is not an act that will castrate them. Or create ridiculous packaging in bottles that resemble car oil, to push forth this idea that being seen with a bottle of body wash is only okay if it’s associated with something hypermasculine (side note: when did vehicles become a “men’s only” past time?). Then, there are completely ridiculous soaps like this one, that mimic sports goods (in this case, a football, because America). Etched in the bar soap it spells out FOR MEN so that there’s little to no confusion that the soap is, indeed, for someone with a penis.

Which comes to the very question: Is the very term “grooming,” something that’s extremely antiquated? Why do we as an industry refer to women’s products as “beauty” but “grooming” for men? Is fragile masculinity only being perpetuated by the very term?

“Symbols of masculinity exist today in a variety of products men use, helping to reinforce and secure their own sense of manhood,” Carrie Creegan from Loyola’s Liberal Studies graduate program notes. “Deodorant products branded exclusively for men tout names such as ‘Anarchy,’ ‘Phoenix,’ ‘Bearglove’ and ‘Swagger,’ all names that connote masculinity, but fail to communicate the actual scent of the product to the consumer. Even brands that sell to both men and women seem to design their male-gendered products the same way. For example, Speed Stick deodorant currently markets the scent ‘Shower Fresh’ to women and the scent ‘Fresh Force’ to men.”

It’s a stark difference between how men and women view personal care. It’s obvious that for women, beauty products are more straightforward, where as for men, there’s this delicate song and dance of what and what isn’t too much. After all, one false move can utterly burst their very manhoods, completely. Creegan goes on to note author Michael Kimmel and his book, Manhood in America where he writes about men’s behaviors in the early 1900’s. “[For men] the very act of purchasing these toiletries created some uneasiness,” he wrote.

But that was the early 1900’s. Men have clearly evolved in the past century, especially Generation Z. They are now readily baking their faces, getting geeky about fragrances and using more cosmetics than ever. There are even brands like ASOS introducing makeup for men. So why is it that more than a century later, brands are still extremely wary when marketing to men? Is it because, as Mr Porter notes, men are going through some sort of full blown crisis?

Don’t get me wrong. There’s definitely a need for men’s-specific products. Men have different skin. It’s thicker, for one, and men produce more oil and have more collagen production than women. There are also amazing men’s-specific products out there that aren’t over-the-top in its masculinity themes, take for example AXE’s new messaging, which is making masculinity less rigid and a lot more inclusive . But as we’re seeing with Generation Z, these grooming brands with their overly musky fragrances, boring packaging, and hypermasculine messaging is just not resonating any longer.

Take for instance 18.21 Man Made, a brand from Texas. The brand’s shampoo and conditioner called “Man Made Wash” features a sweet tobacco oil blend that will make men feel more at ease with their sexualities. “A masculine aroma inspired by sweet Virginia pipe tobacco and the roaring spirit of swanky Prohibition era speak easy lounges,” is how the brand describes itself. Then there’s actual brands that take Prohibition to the next level of chic like Moonshine Cologne, “designed for men comfortable in their own skin – those who don’t need to be associated with the latest trend or fad.” Huh?

Even makeup brands geared towards men are playing into these outdated hypermasculine messages that just don’t make any sense. The other day, the acne concealer called They Hate Pimples was scorched on Twitter for its silly messaging. The brand comes in three embarrassing shades: Pale Ale, Medium Lager, and Amber Ale, basically for the light-skinned bro whose masculinity cannot even. Its pathetic brand messaging goes like this: “You know how guys in the military put camouflage all over their faces so they can hide in the forest undetected while trying to hunt down Ninjas and Vikings? It’s the same thing for They Hate Pimples. If you want a zit to go undetected, you buy our product, put it on your face, and cover that mutha’ up.”

They’re not the only ones with this camouflage motif. Just when you thought the world was safe for guys to wear whatever concealer they choose, comes a miscellaneous brand called Menaji. The brand has a CAMO Concealer for guys who want makeup but are too afraid to wear it out in public. Will people know I’m wearing makeup? “No!” the brand’s website reassures. “Simply apply with steps above and it’s undetectable; even on camera for those selfies! Any shade of CAMO Concealer is easy to use.”

Speaking of finding permission to use a product, we can’t shy away from traditional women’s brands repackaging their products to allow men to feel they can be included, too. We’re looking at brands from the likes of: Foreo, a cleansing brush, that have a separate line for men just by changing its color to black;  Tweezerman G.E.A.R, which is packaged like a tool kit to ensure men feel secure in their unibrow plucking; or the mud masks called GlamGlow that had to use a “masculine” looking man (in this case, social media star Nick Bateman) to show other guys it was for them, too. There are dozens and dozens of more of these examples, of course, but we could go on for DAYS talking about them.

In the end, it comes down to brands and a desperate and obvious need to rebrand themselves. We’re seeing a more genderless future and men’s-specific brands need to change their messaging, or die. It’s obvious that these brands and their hypermasculine messaging is just not working. Which is why brands like Drunk Elephant, Sunday Riley, Milk Makeup and Herbivore are eating their lunches and dinners, doing a phenomenal job at marketing. These are brands that don’t tout a single gender and don’t feel it’s necessary to include any messaging that’s overtly male or female. They just are. And it’s working.

The other day, a new brand reached out to me on Instagram. It was an Aussie-based skincare brand called Bro-To, the men’s version of Go-To, the startup with beautiful millennial pink packaging. They graciously sent me a care package that came in a fancy box. When I received it, I was really excited. This was a new men’s brand that was going to make skincare cool, I thought. Upon opening, there were stickers that included things like a chainsaw, truck, beer can, and eagle. Cool, I thought. Weird, but I guess it’s okay?

Then, I looked to the messaging on the bottles of beautiful moisturizer, face wash, and serums:

This moisturiser is for every bro: young bros, old bros, dry or sensitive-skinned bros. It will deeply nourish the skin, protect it from wrinkles, make it smooth, and keep your manly, male face moisturised, soft, and young looking. Today, and in 20 years time.

Also, it has a masculine, woodsy, gun-smokey fragrance that any cowboy or wrestler would be proud to flaunt. (Or woman. We love wearing it, too.)”

That said it all. Beautiful packaging, fragile masculinity. 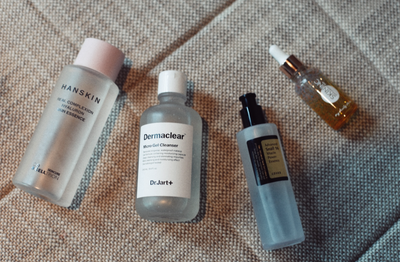 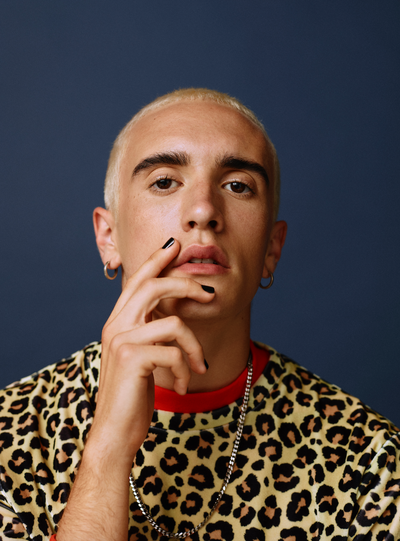