‘As an Afro-Latino immigrant in Hollywood, where do I belong?’

As an immigrant from the Dominican Republic, Jorge Lendeborg Jr. the star of “Transformers” offshoot, “Bumblebee,” remembers crying.

“Every single day in Kindergarten,” he says, to be exact. He’d ask his father to take him back home. He didn’t understand the language. He was scared at school. He had no friends.

SEE ALSO: How the “Love, Simon” cast helped this actor come out

But what kept him together in Miami in those early days of the 90’s was immersing himself in movies. It was his father’s favorite pastime and soaking himself in American culture for 2-3 hours at a time allowed him to get a glimpse inside his new home. And so he’d study “Goodfellas,” “Godfather,” “E.T.” and each of its complicated heroes who symbolized different aspects of the American Dream. “I learned that even if this country isn’t set up for you to succeed, you can stand up and be valiant and win,” he tells us.

Eventually, he’d find himself in Los Angeles to pursue a career in acting. While he fully immersed himself in American culture, it was in California that he felt reminders of his childhood. For a product of immigration from a third world country, whose second language was English, who was African by blood and Latino by culture, Hollywood didn’t know where to place him.

Which speaks volumes to how the world still views Afro-Latinos. AKA there’s still so much confusion. Afro-Latinos are individuals with African descent whose origins are from Latin America and the Caribbean. In many countries such as the Dominican Republic, Puerto Rico, Guatemala, Nicaragua, Afro-Latinos make up a significant portion of the population. But many Afro-Latinos, like experiences in the United States, have encountered discrimination because of the color of their skin.

“As a person who isn’t gay, I can’t understand everything that these groups are feeling but I can trust that they’re going through tough situations. As an ally, it doesn’t always mean being proactive. It just means listening and remembering to have compassion more than anything.”

As Rosa Clemente, a Ph.D candidate at UMass Amherst’s Afro-American Studies department once astutely explained: “Afro-latino is not about being Black and Latino, Afro-Latina means to be a Black Latina/Latino.” Since being Latino is not a race or an ethnic group, it’s not actually correct to say people are Black and Latino, rather, a people and population in their own right.

“If you told anyone else that Spanish kid from a poor country who couldn’t speak English would be on the big screen one day, they’d probably think it’d be impossible,” he says of his experiences.

But he pushed through and his talent – as well as his parents’ encouragement – allowed him to get his first major role. It was the role of Nick in 2018’s major film, “Love, Simon,” a story about a teenager who comes to terms with his own gay identity. While the role was Jorge’s first as a lead, it was also transformative for him as an individual.

“It taught me how to be an ally,” he tells Very Good Light. “As a person who isn’t gay, I can’t understand everything that these groups are feeling but I can trust that they’re going through tough situations. As an ally, it doesn’t always mean being proactive. It just means listening and remembering to have compassion more than anything. Asking questions, asking someone if something bothers them and coming from a humble place is probably the most important.” More so, Jorge says, it’s about speaking up. “If someone is bigoted you can speak up as an ally. Maybe it won’t change people’s minds fully, but it will make them think.”

While “Love, Simon,” was more of a sleepy Indie hit, Bumblebee is his first blockbuster. In it, Jorge plays Memo, neighbor the the film’s protagonist, Charlie (played by Hailee Steinfeld). Memo discovers Bumblebee and both he and Charlie navigate the movie protecting the alien as well as mankind.

The film taught Jorge many lessons, but it’s from Hailee that he perhaps learned the most. “I learned how professional Hailee is,” he tells Very Good Light. “She’s really proactive and very hands-on. She’d ask the director many questions, she’d be very authoritative with different departments like hair and makeup all to put out the best project. She was so willing to collaborate and she felt equal in front of everyone from wardrobe to props to photography. It was what I’ll take to all of my projects.”

His next may be his biggest. It’s James Cameron’s “Alita: Battle Angel,” an action-packed film with an all-star cast including: Jennifer Connelly, Mahershala Ali, Christop Waltz, among others. “I felt validated in that film,” he says. “To have worked next to Mahershala, to be in the same lunch room as Jennifer Connelly and see Christoph Waltz and see them as peers, that’s crazy.”

While the movie doesn’t come out for a few months, it’s the momentum that’s allowing Jorge to feel really positive going into 2019.

“If I’m being honest, I’m learning as I go. But my aims and ambitions are to become one of the greatest. I want to cover everything. I have the range to act and I want to represent others who look like me as well.

“I am aware there aren’t many people like me represented on the big screen doing things on the scale I’m doing. The responsibility I have is to do the very best work and be the best example. I want others to say that if that guy’s doing it, I can, too.” 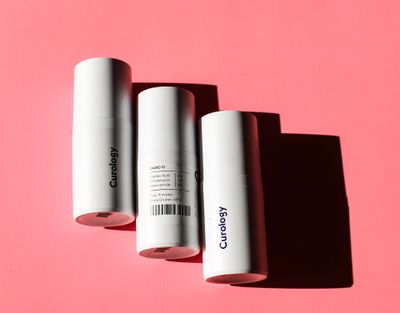 
Using Curology for my cystic acne was a 90-day journey. But it was totally worth it.


The best beauty advice going into 2019 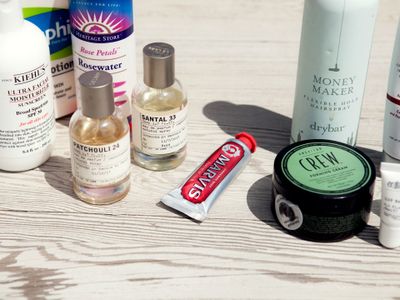