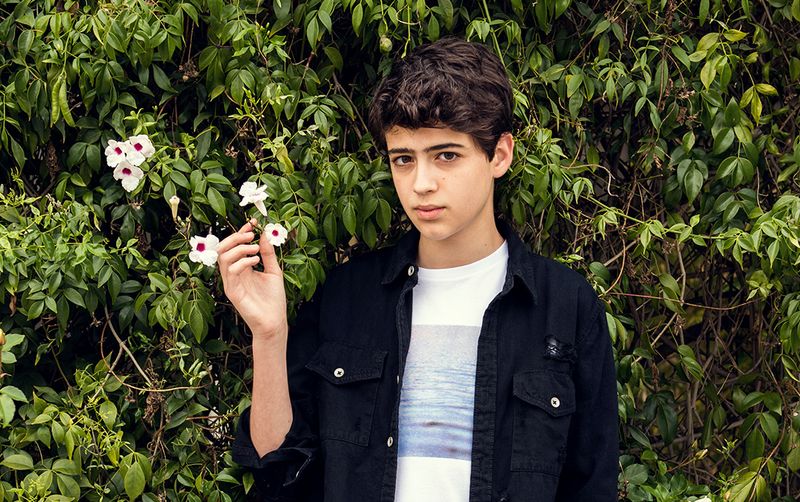 At least, that’s what he’ll tell you.

The actor and star of the Disney Channel’s “Andi Mack” (which premieres tonight for its third season), says he’s a complete news junkie, and will spend his entire day poring over every story, scanning MSNBC to Breitbart where the truth “is somewhere in the middle.” He’ll then move on to the New York Times, Washington Post, and catch up on the Economist, Fox News, the Wall Street Journal. “That’s just to name a few,” he says.

SEE ALSO: Jake Choi is the sexually fluid actor taking over your Wednesdays

Indeed, when I meet the precocious young person at his favorite coffee shop hidden in Culver City, in Los Angeles, he’s sounding off on politics – his main passion – and how “kids are scared of it – it’s very alienating.” His love of the news has led to his recurring Instagram video series, “News in a Rush,” where he dissects the day’s subjects in under a minute.

“I’ve talked about all different kinds of subjects and deliver just facts – kids are going to be able to come up with their own opinions,” he says.

Kids. For being essentially a young person himself, Joshua is more Walter Cronkite than he is a teenager. He talks matter-of-factly, without spikes in his intonation. He comes off completely, well, adult-like. It’s only when you realize that the sentences muttered are coming out from a babyfaced teen and the fact that he’s also accompanied by his father, that brings you back to how young he actually is.

For being a consumer of news, Joshua has been in it quite often in the past year. Playing a gay character on the Disney Channel was historic, a role that was extremely progressive – and completely bold – for a family-centric show. In fact, it was the first time a young character came out on the network. On “Andi Mack,” Joshua plays Cyrus Goodman, the best friend of Andi Mack, a tween who discovers her sister is actually her mother. While in the first season, he has a girlfriend, he later comes into his own and eventually comes out to the world. The powerfully nuanced story arc has been nominated for various awards and eventually winning 2018’s GLAAD Media Award for Outstanding Kids & Family Programming as well as one from the Academy of Television Arts & Sciences.

The role wasn’t one that Joshua took lightly. For months before his audition, he says he consulted with many of his gay friends. He’d call his past friends and ask them personal questions about their coming out stories. With one friend specifically, he recalls asking intimate questions about gay identity and perspective. “We spent an hour and a half just talking about him recounting his coming out,” he says.

The role was important to him. Inclusivity, he says, is important – especially at a political climate like in 2018 – and getting a gay role down authentically, was essential. “Everybody should have the chance to see someone on TV and be like, ‘that’s me,’” he tells Very Good Light. “‘Oh, it’s okay to be me!’ It validates you when you see yourself on screen.”

But the entire process, he recalls, was “completely terrifying.” Though, at the age of 16, he’s already a Hollywood veteran (he was already on hit shows like “Heroes,” “Chuck,” “Private Practice,” and acting since he was 2-years old), auditioning for Cyrus, specifically was nerve-wracking.

“I’ve definitely been around the block with Disney auditions before but this one was different,” he recalls.

After getting through multiple callbacks and meeting with the show’s creator, Terri Minsky (creator of “Lizzie McGuire”) he was close but so, so far. “It’s a long, long, long process that starts with an audition and one or two callbacks them a screen test and network test,” he explains. “It can be up to seven different calls until you get to the last round.”

But that last round eventually came, and Joshua could feel a lump in his throat.

“There’s a hole phenomenon among Disney actors of being terrified of the 21st floor of the Disney building,” he says. “On that floor, there’s this one room with a blue wall and it’s long. They have a big board table and a bunch of Disney executives sit at a table and film you with a last decision on if you’ll get the party.”

Joshua recalls he didn’t expect anything from his final audition but he didn’t promise himself a “really nice steak dinner” if he eventually booked the role. Finally, he got a call at 8:30 p.m. that night. His parents, manager, agent and publicist were on a call. It had been a crazy ride and with nine people inside the same room, they finally got word that he’d received the role.

“It was a surreal moment full of crazy goosebumps,” he remembers.

Since, his career has bloomed, with thousands of fans across social media, as well as appearances on shows like Good Morning America. Though it’s easy to become Hollywood, he says it’s his friends who ground him. “I have a lot of friends out of Hollywood who could care less about what I’m doing,” he says. “When we’re spending time together it’s not Hollywood Josh, it’s just Normal Josh.”

With so many stories of Disney stars parlaying themselves into troubled adults, Joshua says this normalcy that’s essential for him to maintain. Hollywood, he says, isn’t necessarily forever. Unlike other star-blinded young people in Los Angeles, he realizes that television isn’t necessarily the end all be all. An education, though, is. Which is why he takes his studies seriously as well. Currently, he has an impressive 4.0 GPA and is taking a few college courses at UCLA and different community colleges. “I try to keep my grades up so I have a lot of options,” he says. One day, politics is something he’d like to get into. He’d love to get into policy and start changing the future for the better.

For now, it’s taking his role as Cyrus, in stride and changing lives from his portrayal on screen.

The other day, Joshua says he received a chance comment on his Instagram. It was from someone who said it was the first time he’d ever seen someone coming out on television. He got a lump in his throat and felt completely emotional.

“That really hit close to home because it reminds me that not only am I going into work every day doing what I love, but I’m actually doing something that’s really affecting people in a positive way,” he says. “I’m taking my platform and trying to inform the populace in the best way that I can – and that’s powerful.” 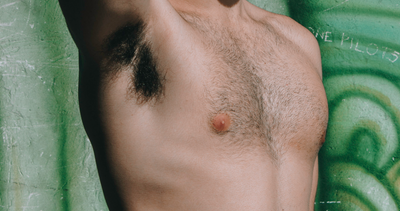