“You can do a little exercise by taking your hands like they’re clapping onto your chest and slowly but surely they’ll pop,” say Terry Crews.

He’s teaching me how to maneuver your pecs separately, a signature move the actor has been known for since his White Chicks days.

The actor is sore today but in good spirits. He’d just completed a marathon 80-minutes of live video Monday. It was for Old Spice, where he’s been a spokesperson since 2010. In the livestream, fans crowd-sourced 80 “manly” tasks for him to do in honor of the brand’s 80th anniversary, which included everything from him playing the flute, ironing his red shorts, to practicing his good grooming habits and more.

That’s certainly been a mantra of sorts that he’s been living by for the past few months. After all, the actor boldly came out as a victim during the height of the #MeToo movement, accusing a William Morris Endeavor Entertainment agent named Adam Venit of sexual assault. According to him, the agent groped him at an industry event in 2016. Since, Terry’s become the face of men and the #metoo movement, vocal about his own experiences, encouraging others to do so as well. It’s powerful, given that a Washington Post study recently found 1 in 5 men were sexually assaulted in the work place alone.

It makes sense that the actor and former NFL player wouldn’t let this go silent. After all, he’s been speaking up about redefining masculinity for the past few years, long before brands or other men were taking about it. Long before it was trendy or politically correct to do so. He authored the book, Manhood: How to Be a Better Man – or Just Live With One in 2014, where he came forward as a feminist.

“The old masculinity ​was about trying to get as many girls to sleep with you,” he says. “The new masculinity I​s about loving and caring about as many people as possible.”

Fast-forward four years, the redefinition of masculinity is at the zeitgeist of culture. So much so, that it’s been impossible for people not to talk about it. New York had a cover story called “How to Raise a Boy,” all about educating young men in a time of the #MeToo movement. Countless articles, think pieces and brands getting onboard later, the notions of toxic masculinity are starting to surface into conversations throughout the world. It’s an initiative Old Spice is taking seriously.

The brand sent Terry a letter that has since went viral, explaining how they stand behind him as a victim.

To our longtime friend Terry,

We at Old Spice and P&G are on your side and offer our support in any way we can as you continue to fight against sexual misconduct. In so many instances it is women who are seen as the only victims of these types of assaults as few men come forward to tell their story too. We hope that men take your lead and stand up to expose those who are taking advantage of their position to cause harm to others. We also believe that men need to take a step back and put an end to the culture that allows sexual assault to continue to be such a pervasive problem. At its core, sexual conduct is a lack of respect for another human being. We have nothing but respect for you, Terry, and we hope more people are empowered to come forward because of your courage.

“It’s wild because Old Spice and I have literally been kindred spirits the whole entire way,” Terry tells Very Good Light. “They’re always setting the bar with advertising and support with this new masculinity.”

Which Terry describes as being all about being “honest about what you want to do.”

“For a while there you look at the movie and guys take a bullet and walk it off,” he says. “It’s like that doesn’t happen. Guys would never say they needed help, never say they were hurt, show their emotions. What I’m trying to say it it’s okay to feel this way. There are no more stigmas any more.”

He might be onto something. Just last month, Cleveland Cavaliers star player (and fashion icon) Kevin Love opened up about his own experiences with mental health, writing about his own vulnerability in The Players’ Tribune.

“Growing up, you figure out really quickly how a boy is supposed to act,” he writes. “You learn what it takes to ‘be a man.’ It’s like a playbook: Be strong. Don’t talk about your feelings. Get through it on your own. So for 29 years of my life, I followed that playbook.” Since, the basketball player has shown how healthy it is to open up about struggles and is giving back.

Hip hop stars like Jay Z, Kendrick Lamar and even Logic have been speaking up about their own experiences with mental health issues. The latter, even writing a song called “1-800-273-8255” (the number to the National Suicide Prevention Lifeline) to help with deaths caused by suicides.

It’s this movement with empowered, softer men that Terry feels is providing a better life for not only him, but the future of guys. “My son is 12-years old and he’s going to grow up in a world that’s so much better than mine,” he says.

Growing up in Flint, Michigan was tough for Terry. The toxic masculinity was so suffocating, he felt he couldn’t pursue any of his interests without being criticized. He was different in that he had unique talents. His dad wasn’t around and he turned to art as a means to escape. He was judged for playing the flute. For wanting to ride horses. For cooking. “People would call me a sissy for wanting to cook, think about that,” he says. “It’s like everything you did as a man was wrong.”

Leaving Flint, he says, was the only option he had. And he says it allowed him to live his authentic truth. It’s also created more of a conviction to help other men find their true selves while standing up for others, including women.

In a talk at the University of Central Arkansas earlier this week, Terry addressed an audience. He spoke about his own experiences being sexually assaulted and why it was important to be vocal about being a part of the #MeToo movement. But when it came time for how he’d ally with other women, he said something powerful:

“Don’t speak for women. Hold other men accountable,” he said.

“When you’re amongst the guys and see and hear them talking about something toxic, you have to call them out on it,” he tells Very Good Light. “A guy won’t listen to a woman when she’s explaining what she’s feeling. When a guy talks to another guy about a certain way they’re like okay, maybe I’m wrong. Men have to hold other men accountable. Frat culture, sports team culture, when guys treat women as an object.”It’s on men, he says, to change the conversation.“The old masculinity ​was about trying to get as many girls to sleep with you,” he says. “The new masculinity i​s about loving and caring about as many people as possible.”In the end redefining masculinity isn’t about proving how manhood is wrong. It’s simply pointing out how some ideals need to change. At the core of it, masculinity, Terry says, is about love.“My opinion is to really look at another person that they’re not human beings to be used,” he says. “They are people to be loved. If you just look at people as a real human being to be loved you’ll realize everyone is valuable and everyone should be loved.” 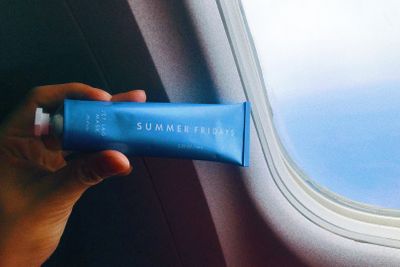 
I tried the sold-out, Instagram famous ‘Jet Lag Mask’ on a plane. 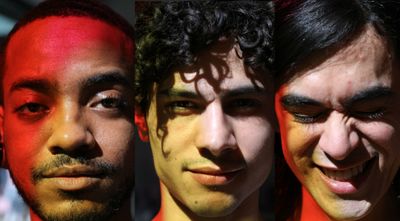