Everything you wanted to know about the term ‘cruelty-free’

Last night before bed I was scrolling through Instagram, as we all do, when I noticed a flood of comments on NARS’ latest photo.

Yes, the model was beautiful, and yes, the bronzer in said photo looks amaze, but that’s not what the angry comments were about. That’s because yesterday, news broke that NARS will be moving into the Chinese market and will no longer be cruelty-free as a result. Now before you completely wipe away your NARS makeup off with an oil cleanser and purge all of your products into the trashcan, know that the brand has made great efforts as opposing animal testing. Which is why it’s so disappointing to hear that the brand is bending backwards just to get into China. And, of course, explains why people are so pissed off.

Currently, there are over 2,000 comments full of bunny emojis and vows to never shop the brand again. YouTubers, like Jkissa are equally up in arms, expressing their feelings in videos. Jkissa, known for her cruelty free dupe videos, posted a passionate video expressing her disappointment and posting thorough dupes for her favorite products.

All this fuss reminded me how little I actually know about animal testing and I thought I would dive into some research and create a handy guide on the subject. Below, some questions we all have on animal testing and what cruelty-free really means.

So WTF is animal testing? Is it just putting lipstick on bunnies?

Most animal testing that is done is on individual ingredients (mostly new, untested ingredients not on the market), not on finished cosmetic products. A cosmetics lab does not look like a mini makeup counter, instead, ingredients may be injected under animals’ skin, rubbed into their eyes, or fed to them to test for harmful reactions. Yes, this is worse than any of us ever imagined and I’m tearing up writing this. Animals may also be exposed to any specific ingredient and then be forced to mate to test if there will be any lingering effect on the next generation. AKA this is more horrible than any episode of Hulu’s The Handmaid’s Tale. Ugh.

What kinds of animals are being harmed in this process?

It largely depends on the country. In the U.S., rats, mice, birds and amphibians are not classified as “animals” (Seriously, WTF?!) under any experiment regulations. Therefore, they don’t need any legal approval to be experimented on and can be excluded from testing statistics. Rabbits and guinea pigs are also very commonly test subjects. Monkeys, cows and pigs are commonly tested on in Asia and cats and dogs can be test subjects in the U.S. depending on the state.

Yikes. So why are we testing on animals at all?

Animals are very closely related to humans, well, biologically speaking. Mice are 98% genealogically similar to humans making them accurate test subjects. Animals have much shorter life cycles than humans, making it easier to test the effect of a certain ingredient over an entire life cycle or even onto the next generation. There’s also the issue of ethics. While many believe testing on animals is unethical, testing on humans is just as murky, if not simply dangerous. But that goes back to the belief that humans are more important than any other animals and we’re not going there on this post.

Did we ever stop animal testing??

Animal testing began in the 1940’s after people were getting seriously injured as a result of beauty products. However in this day in age, most products do not require animal testing as they have been qualified as safe already. These ingredients are known to be safe and may have been tested on animals at some point but do not need to undergo testing again. However, many brands want to prove products have been tested for safety in case of a law suit and continue to routinely test products and ingredients.

Wait, so do we snatch animals in the wild or breed them for testing?

Most animals are bred specifically for the purpose of being test subjects. They have to be healthy in order to be good test subjects, so they are kept in optimal conditions before being tortured. In some cases, lab animals are purchased from backyard breeders or taken from animal shelters. Although a law was placed in 2015 outlawing animals being purchased from private breeders, some shady labs still continue this process. Most animals are put to sleep after they have undergone testing.

That’s seriously awful and I’m completely shook. Do we have any alternatives?

At this point, most ingredients in use have already been tested on animals, and don’t need to be tested again. However, there are other alternatives for safety testing for brand new ingredients or if brands want to prove they have tested their products. The two main types of testing are in vitro and in silico. In vitro testing involves testing ingredients in isolated human cells or tissues. Human skin tissue can be created outside the body and used for testing purposes. In silico testing uses computer models that mimic the way the human body reacts to test new ingredients. There is also voluntary human testing or testing on computerized human simulators.

Okay, okay. So what exactly is cruelty free?

The CIC (Coalition for Consumer Information on Cosmetics), the beauty standard, remains the authority on deeming what is considered cruelty-free. The government does not regulate or control what is decided to be actually cruelty-free. The definition from the CIC is a brand won’t test finished products or any ingredients on animals. However, if brand claims to be cruelty free but has not been approved by the CIC, they could be testing components of the product on animals, or be straight up lying altogether. If a product package or website has a leaping bunny icon then you can be assured the product itself or any of its ingredients have not been tested on animals. Peta has a great list of CIC certified beauty brands here.

Is there anywhere animal testing is illegal?

Animal testing has been banned in the EU, India, Israel, Norway, Turkey, New Zealand and South Korea. Canada, Brazil, Australia and Taiwan have similar bans in the works. Unfortunately, the US still permits animal testing but does not require it, but many brands have chosen to go cruelty-free due to consumer demand.

Why is NARS changing their stance?

Because NARS wants to sell their products in China , they must follow Chinese animal testing laws. Any ingredient or product to be sold in the Chinese market must be tested on animals before hitting shelves and finished products can be taken off shelves to be subjected to random animal testing. This is extremely upsetting. But given China’s stance on being so hands off with their annual Yulin dog eating festival, this isn’t so surprising. Even if brands only test products being outsourced to China, they are not considered cruelty free by most consumer standards.

What can you, as a consumer do?

Whether you are ambivalent about animal testing or won’t even look at a brand that isn’t cruelty free, money equals power. We, as consumers, should be responsible, read up on our favorite brands and only spend on those who are doing good. Remember: Power to the people. Support cause you believe in. Go forth, spend, but do so wisely. Our animal friends deserve better. 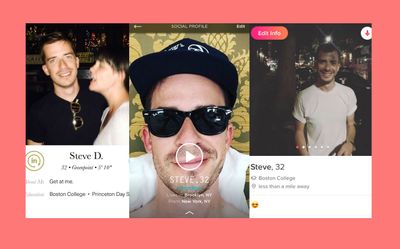 
This is why being called ‘queer’ is important to me. 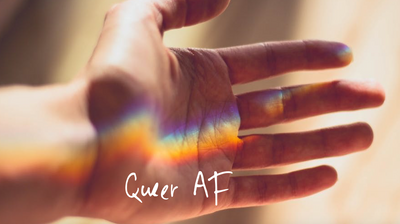