Welcome to Groom Raider, a weekly series where we, well, raid the grooming closets of the people we admire to see what products they use. While we browse through their moisturizers, creams, fragrances and more, we get a glimpse into their past lives and the stories behind how they came to be. This week we meet with Taj Reed, one of the most popular guys in menswear.

“My grandma wouldn’t allow me to get dirty when I was younger,” says Taj Reed, the integrated producer at Highsnobiety.  For his job, he documents all things cool for the streetwear bible’s Snapchat, where he’s become a recognizable face in the past year alone. To say it’s a dream job is an understatement. Want to know when the newest Nikes are dropping? What Yeezy’s latest season was like, or behind-the-scenes with Kith? Ask Taj, he knows.

Today, we’re hanging out inside his bathroom of his apartment in Harlem. It’s early Saturday morning and he’s in basketball shorts and a loose-fitting tee going through his grooming products. Back to his childhood: “If I got new shoes I wouldn’t play at recess. I remember when the new Jordan released. It was my first pair and at recess I sat on the wall, refusing to play kickball with the other kids.”

“When you’re that young new kid might who also happens to take care of himself, you’re definitely the odd ball out,” he says. “You get people saying, ‘oh you’re metrosexual, ‘you’re the gay one,'” he recalls. The words never phased him. In the 7th grade it was Taj who dyed his hair blonde. This was pre Chris Brown’s bleached hair or the acceptability of hip hop stars and athletes being able to express themselves through fashion or grooming.

When you’re the young kid who takes care of himself … you get people saying, ‘oh you’re metrosexual, ‘you’re the gay one

“It wasn’t cool to have blonde hair but I was just being me,” he says. “I even had a nose ring for a while because I felt like it. You only get one life, so be you.”

Of course, beating to your own drum attracts attention – be it positive or negative. But being one of the best athletes around school and having the skills to pay the bills courtside seemed to always shut bullies down. Taj recounts an incident where a macho guy tried to show him up. It was in college where said bully started taunting him. He was playing intramural basketball with a team at the University of Delaware. The team just happened to be half female. This didn’t fly for the other guy who, for some reason or another, had a real issue to a guy playing basketball with women.

“‘You’re soft, you play with the girls,'” Taj recalls.”The guy wanted to challenge me in front of the school,” he recalls. Later that day, Taj accepted. In front of an entire stadium crowded to watch the showdown it was Taj and bully one on one, totally like what you’d see in a movie. Needless to say, he won 11-3.

It’s this quiet determination and tenacity that’s become useful to Taj’s career. He’s had to prove himself time and time again. Having been fired at a young age from his studio services job at Urban Outfitters in NYC, he found himself back home with his mother, stepfather and much younger siblings in Maryland. It was a humbling experience, Taj says. Sharing a room with his 12-year old brother was an experience that was eye-opening.

“If I was 12 and my much older brother moved back home, I’d be questioning things,” he says. “You’re the adult! But never once did he question anything. That’s when I knew I could be a better role model for my brother and sister.”

It was after a few months when we recalibrated, recharged and took another stab at New York City. This time, he wanted to take a job within the publishing sphere. “I totally lied on my resume that I’d been a media planner before and was able to charm myself into a career.” From there, he started writing pro bono for publications he admired, began freelancing and slowly, but surely, landed on the ad side at Nylon.

It’s after catching the eye of the top editor at Highsnobiety where he landed a coveted job at the publication. The rest, as they call it, is history.

Though far from being where he wants to be, Taj says he wants to do many things. For one, he wants to one day dabble in music, something he says has been the nucleus of everything he does. It runs in the family. His father, in fact, was once a rapper signed onto Arista records. Fun Fact: he was also one of the writers of LL Cool J’s iconic single, “I Need Love.” He also wants to one day be a creative director of sorts, allowing his ideas to come to life.

But ultimately, his biggest goal is to spark change. “I want to solve problems and bring people together,” he says. “You get one life. I want to do it all.”

“Looks cheesy and the name is cheesy but it smells great. One of my friends told me about it and I was skeptical at first. It’s now my signature scent but I don’t like ever overdoing it. I’ll spritz twice on my wrists and then dab behind my ears.”

and Youth to the People

“I used to have sensitive skin. It was terrible in high school and college. My dad said I was allergic to the sun. I had so much acne in high school I never really took any photos. No prom, no graduation. Neutrogena seems to work well for my skin. Also, I got this new product called Youth To the People. It’s the Kale and Spinach green tea hyaluronic acid serum. It’s really made a difference in my complexion.”

“Working at Nylon got me really into face masks. Now, I’m really into masking and to the twice a week.  I’m using this skin smoothie mask from Mi Me Gray Label. It tightens pores without over-drying. It’s actually really good. I like Acure because I like the packaging, honestly. It also softens skin evenly.”

“Jack Black pomade has been pretty good at keeping my hair styled. I also use BB Super Gro for treating my hair and scalp. It makes it healthy and keeps that natural shine.”

Shampoo: As I Am Coconut Cowash

“I’m not shampooing, I’m doing a co-wash. I researched and co-washing is less damaging for hair. Tried this last night and my hair is feeling a lot softer. “

All photos by Bukunmi Grace, a Los Angeles-based photographer and stylist. 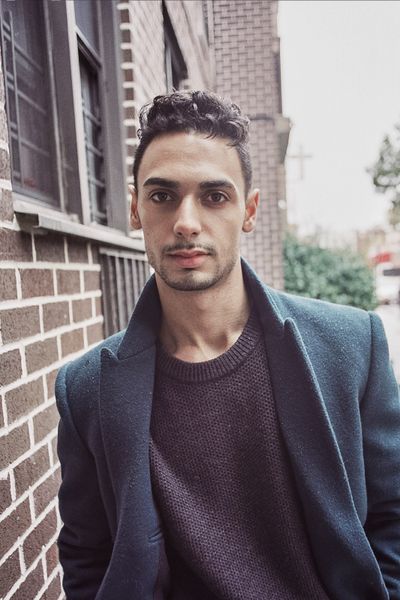 
Why do you fear me?


Is it finally time to start teabagging? 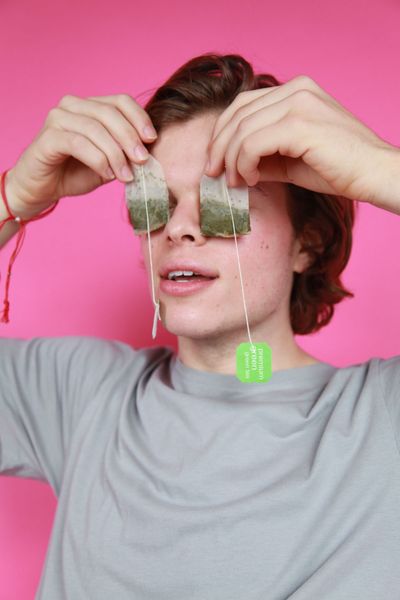