If you’re one of the olds saying Instagram killed Snapchat, well, bye!

Yes, Snapchat isn’t doing as well as Instagram. The latter having much more users and stealing views from Snapchat. Sure, Instagram came out recently with their own filters which, to many, seemed like a nail in the coffin for Snap users.

Snapchat is still the only means of communication and the only platform that matters.

But if you’re one of those who completely switched over in the past few months, we say this: good riddance. Because chances are, you were too old for the Snapchat platform anyway. You just don’t get it. You’re… well, old. For us, selfie-ing your every moment and being all about showing off what you’re doing (hi, Millennials!) and where is kinda, well, lame and not how Snapchat was supposed to be used in the first place.

Also, we see just how stupid Millennials are by recklessly putting everything on social media for all to see. How it’s detrimental to their future jobs, their current friendships, or how it fuels how fake social media is. We get how social media isn’t real and can easily separate the two (is it that hard, tho?).

“I only Snap my friends and never in public to My Stories.”

It’s also a little extra and dare we say, tacky, to post everything up about every single moment in your life. Like, there’s actually an unspoken rule about posting more than once a day on Instagram. You just don’t do it. “You also don’t post many days in a row,” Sara Chopra, a high school junior from Princeton, NJ, says. “On Snapchat, someone’s snaps from one day get compiled with their other snaps from that day in their Story. Although users might be featuring a lot of content on their Stories, there’s nothing bad about posting more than once or twice a day. Snapchat gives users the opportunity to be freer in their content.”

It’s no surprise then, that when surveyed by Episode, the storytelling app, 69% of teens said they would not switch over to Instagram after it launched Stories. For the young generation, Snapchat is still the only means of communication and the only platform that matters.

Of course, only between friends. “I only Snap my friends and never in public to My Stories,” says Matthew Kim, a junior from Denver, CO, to Very Good Light. “I’ll send them photos throughout the day. I also don’t want our streaks to end and want that number getting higher.”

Basically, on Snapchat you can be your “real” self while Instagram is your edited, filtered boring AF self.

Sergio Perez, a high schooler in Southern California, echoes this sentiment. He still uses Snapchat mainly as a more authentic means of communicating with his friends. “It’s easier for people to use Snapchat casually or informally,” he tells Very Good Light. “If you’re looking to show off cool things in your life with nice pictures, you use Instagram. Most people I know carefully curate their Instagrams to show off what they’ve been doing.” Sergio says that while he likes Instagram, he primarily uses Snapchat.  Basically, on Snapchat you can be your “real” self while Instagram is your edited, filtered boring AF self.Speaking of filters, Instagram’s aren’t good. At all. “Snapchat has a new update and you can do cooler stuff than IG,” says Josh. “You can draw with emoji, for instance. It’s also smoother than IG.”But more than that, Josh says he also doesn’t appreciate how Instagram is basically copying Snapchat completely. “Snapchat wins because IG is basically showing how uncreative and unoriginal they are. More teens are use to Snapchat so we’ll just stick with it.”Filters, an examination:

He’s not alone in this sentiment. According to Dylan Anderson, a graduating senior from Los Angeles, being a clone is just not cool. “Instagram is definitely copying Snapchat,”he says. “This means I’m still going to use Snapchat … a lot.”Being inauthentic, a subpar copy and one that attracts the olds away? Wait, Instagram, you aren’t so bad! ? 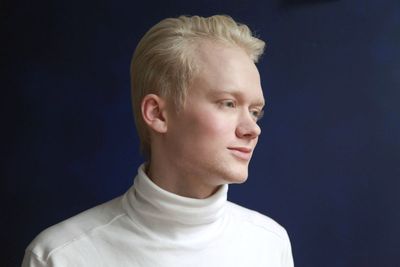 
The case for curling your eyelashes 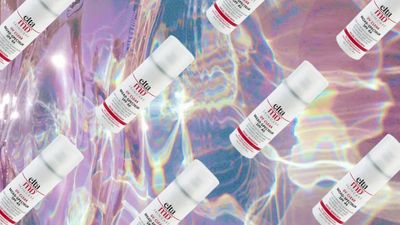