She asked: “Hey, so do you know how to make kimchi?”

Great question. Every once in awhile, I ask myself this too, and each time it’s a resounding yes. Never mind the fact I hadn’t even touched a napa cabbage in like, 3 years. But I still hesitated as I looked into her blue eyes. My gut response was to ask if she knew how to make sauerkraut, or dull pickles, but she looked so sincere I couldn’t bear to show her how dumb she sounded.

I never called her back, but everytime I pass by X, Y, and Z bar, I can’t help but think about ‘Stacy’* and all the other girls I met that wanted to collect Asian dudes like, well, Pokemon.

The best thing about dating in NYC is the people. Everyone knows this. Silicon Alley is a thing because nerds in the Bay Area were sex-starved and thought they could do better. Whether you’re into a type, a number, or yourself, there’s someone here for everyone, and no combo is really novel enough to raise an eyebrow. As anyone who has tried to settle down in the city knows, it’s not that the grass is greener on the other side, it’s that there’s literally a jungle out there, and you’re never going to ever see half the colors of half all the flowers. Well, with Tinder you might, but you get the point.

Here’s the thing, as an Asian-American dude, there’s a voice in the back of my head that tells me I shouldn’t complain, and that I should be happy I get some at all in the first place. I mean, c’mon — Jet friggin Li didn’t get so much as a peck on the cheek from Aaliyah in a remake of Romeo and Juliet. I remember standing to clap when John Cho kissed Paula Garces at the end of Harold and Kumar Go to White Castle.

I have a pretty solid poker face, but you can imagine my excitement when a hot girl takes the initiative  and starts chatting me up. I won’t get into the details, but remember Tom Cruise on Oprah’s couch?  Then I get a bit wary — it’s half that feeling when you know Larry David is about to drop a bomb and half that feeling when you’re about to open that tupperware sitting in the back of the fridge. Still, never look a gift horse in the mouth, right?

Except when said gift horse begins telling you about all their exes that also just happen to be Asian.

By my rough calculations — drunk math counts — I’d say at least a good proportion of these women are into either Kpop, kimchi, anime, or just flawless complexions, hairless bodies, and fine black hair. The latter I can’t fault them for — it’s all pretty great (daily moisturizing does wonders for blackheads). And this is all before I’ve even had a chance to speak.  I can only arrive at the following conclusions: either there’s some Asian male fetishization happening, or  kimchi is an aphrodisiac.

Many of my friends — usually the ones who identify as white, male, and straight — think I’m a fool for hesitating in the face of such obvious desire.  Although I beg to differ on that last argument, I can’t help but  shake my head when I think about all the gorgeous and otherwise intelligent women I’ve met that I’ve had to stop talking to just because they’ve resorted to complimenting me by virtue of a trait I share with literally billions of other people.

See, the issue is that I, too, have feelings. And while there aren’t entire industries making money off of said objectification, it’s like a splash of cold water whenever it does happen. The flush that accompanies flattery evaporates. Is she flirting with me, or an image of her ideal Asian man? What is that image? What does it have to do with me? Do I bother finding out? I ask myself, and each time it’s a resounding no.

This happens often enough  for me to recognize that it kind of sucks to be a whole person and have that all be boiled down to membership into a club that I happened into and have actually worked all my life to earn in a way that’s meaningful to me. Sure, I’m proud of my heritage, but c’mon, “I know how to make kimchi”? “I really like Big Bang” — okay, that last one is actually a pretty good line, and I’m sorry you reacted poorly when I laughed in your face.

This isn’t a ‘me too!’ essay. The fact remains that despite the many serious issues around representation, as a society, we don’t have much of a vocabulary to describe Asian guys as sexually desirable people. But that doesn’t make it any less real for me — if anything, it’s a great example of how subversive and annoying it can be to have that kind of thought always creeping up on you and have it be verified in real time. Friends, is it really right to be called “sensitive” for overreacting to a tiny pinprick after the thousandth time?

I realize this happens to most everyone that happens to look a little “ethnic”. But imagine the reaction I’d get if I’d told that Trini woman I love jerk chicken, or that Argentine that I’m really, really into Julio Cortazar and yerba mate, so let’s def fuck?

So it’s great you like kimchi — I’m happy that you have acquired a taste for spicy cabbage. But for the same reason I don’t use my middle name to introduce myself, you don’t get to find out where my parents are from first, then get to know me. I had to earn that right, and you don’t get that for free.

And look, I get it. Everyone’s a bit awkward, so stop shooting yourself in the foot and compliment me on something I really am proud of, like my math skills.


You’ve been moisturizing all wrong


Shiny skin? DTRT can fix that 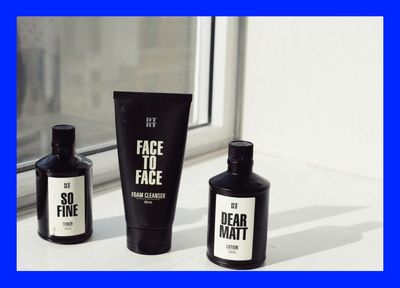