Hollywood has a long history of excluding Asian Americans from roles that have depth, nuance, and multidimensionality.

There’s an evident widespread stereotype of Asian Americans in film and TV. Mostly, Asian American men being emasculated, and women being hyper-sexualized. With the rise of actors like Sandra Oh in “Killing Eve” and Steven Yeun in “Minari,” these stereotypical depictions aren’t as widespread as they once were, but we’re still a long way from accurate representation.

The Asian American experience like any other race is not a monolith, and while Hollywood is trying to correct its wrongs, there’s still so much work to do. These seven up-and-coming Asian American performers listed below make it a priority to take on layered and meaningful roles, encouraging diversity onscreen and off.

Nico is a 23-year-old actor from San Francisco, California. He reached heartthrob status after his role as Seth in the Netflix film “Moxie,” released earlier this year. This role was really important for him to have because it showcased an Asian American teen as a love interest. “No way this Netflix heartthrob role’s gonna go to this Hapa kid,” he recalls of his audition.

Luckily, the role did go to him and he played it so well that we’re all now crushing on the skater boy.

Karan is a 22-year-old actor from Redmond, Washington, known for his role as Ravi Ross on the Disney Channel Original Series “Jessie” and its subsequent spin-off “Bunk’d,” as well as the beloved “Diary of a Wimpy Kid” franchise films. He didn’t plan on becoming an actor but was encouraged by his dad to take acting classes, after which he discovered a passion for it.

Very Good Light caught up with Karan to talk about South Asian representation in Hollywood. “An Indian guy can be more than the sidekick in the corner,”  he says. “We forget the impact it has on kids to have a real representation of themselves on children’s shows.”

The 20-year-old Asian American trans actor has always been a fierce voice for representation in Hollywood. His roles in the film “Every Day” and the TV show “The OA” caused the film industry to take note of casting actors with the intent of true diversity and inclusion. Ian is also a trans advocate and uses his platform to preach intersectionality.

In casting for “The OA,” the creators were specifically looking for an Asian American trans male actor. While Ian had no prior acting experience, he ended up being a natural on-screen talent. He shares in a personal essay that filming on The OA is the first place Ian’s mom acknowledged his gender identity. His character has so much depth and much growth from the first season to the second

Auli’i is a 20-year-old actress known best for playing the voice of “Moana.” In her most recent film “All Together Now” on Netflix, she plays a relatable character with a secret. The film was praised because of the diversity displayed in the casting. Auli’i was part of the casting process and found it very important to have characters look like the cast she helped choose.

In a past interview, she voiced her opinion on representation, saying “If you want to make something great, make it with people who, instead of having to act and become this person, they are, and therefore they can live the role and give it its true meaning.”

“They make it so much more because, at the end of the day, we’re trying to make stories that mean something. And that will last.”

The 24-year-old actress is well known for her role as Lara Jean in the “To All the Boys” trilogy. She’s a Hollywood A-lister at this point in her career, and has given so many Asian American girls something they’ve longed for – their “Cinderella moment,” as Lana put it when talking about a memorable scene in the second installment of the trilogy.

“As a young girl, I never got to see a Cinderella moment where the girl looked like me. This is the most important part of the story for me is being able to represent our community. It’s creating a space for Asian Americans to tell their story and have a moment,” she said to EW.

18-year-old Amalia is best known for her role as Leila in Netflix’s “Grand Army,” one of the most real characters on screen. Her character is struggling with not only being a teenage girl in her freshman year of high school, but also her racial identity. Leila is Chinese-American and Jewish, and has a hard time reconciling those two identities. The conversation of intersectionality is important to note for this character, as she is adopted by white, Jewish parents.

Amalia’s parents never pressured her into choosing one identity over the other, as she is also half Jewish and half Chinese. Her character Leila, however, “feels like her religion or her racial identity could be one of those things to grasp onto, and that’s why she’s trying to come into herself as a Chinese person or a Jewish person,” she says to Teen Vogue.

18-year-old rapper KOAD is doing what he loves while breaking stereotypes. Growing up, KOAD didn’t see anyone in mainstream media that looked like him. “I never saw any brown people, especially brown, sexy people to look up to,” he recalls.

Once he started watching Bollywood movies at home, that’s when it hit him that there are people just like him killing the game and being great performers.

“If a brown dude like me were to become a sex icon, it’s not about me, it’s for the 13-year old brown kid who is nervous because white girls are shitting on his nose. For someone to like me existing, I’m aware that that can mean a lot to someone,” he says to Very Good Light.

If there’s any piece of advice that KOAD has for his fans,  it’s to “be 100% you and no not try and fold for the white audience.” 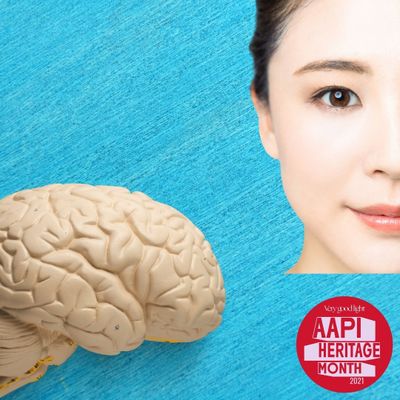 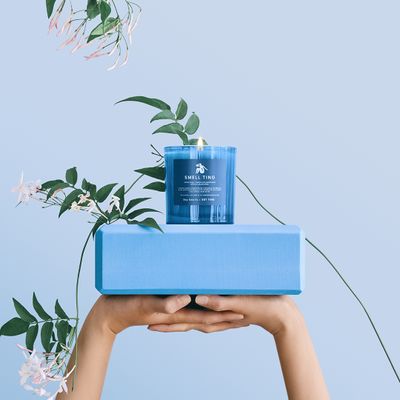