Why is this group so disproportionately affected by anxiety and depression?

I’m cautious but not embarrassed to admit to the internet that I’ve struggled with my mental health for most of my life.

These days, I feel more empowered than I’ve ever been. I know my triggers and try to actively avoid them. I speak with a therapist weekly. Sometimes our conversations are even lighthearted. I am able to celebrate all those things today while recognizing that they haven’t always been this way. Being a gay Asian American has largely shaped how I have experienced life, especially in adolescence. When I was younger, my mental health journey, and sometimes battle, made me feel isolated and alone. It turns out I wasn’t.

Last month, The Trevor Project published a report that was one of the first of its kind. It examined the mental health of Asian American and Pacific Islander LGBTQ youth. The report features a nationwide sample of nearly 3,600 participants, ages 13–24. The study found that if you are not straight, Asian, and young, there is a good — great, even — chance that you have had suicidal ideation: 40% of AAPI LGBTQ youth seriously considered suicide in the past year. Additionally, 16% of AAPI LGBTQ youth attempted suicide in the past year.

Many readers of Very Good Light are AAPI LGBTQ folx. The odds are that you, someone you know, or someone you love falls into that category. If you’re anything like the friends I’ve spoken to about the results, you’re shocked but not surprised.

To gain some insight into why this group is so at risk, I spoke with two AAPI mental health professionals. They accredited it to two factors: cultural and societal. Psychologist Dr. Jessica Pae looks toward the cultural elements. According to Dr. Pae, “Asian Americans are the least likely racial group to seek and utilize mental health services.” Within some Asian cultures, there is a desire or even expectation for those to “save face” — to power through and suffer in silence, leading to unhealthy emotional expression. I remember being taught an idiom when I was younger. “The nail that sticks out gets the hammer.” I also remember the palpable paradigm shift when, years later, a white friend told me, “The squeaky wheel gets the grease.”

Licensed Mental Health Counselor Lorraine Gotham looks toward societal factors. “Our society was founded by white, heterosexual, cis-males who set the standard of who and what is considered ‘right’ and ‘normal.’” Lorraine points out that the “in-group/out-group” mentality leads to discrimination, rejection, and mistreatment within the AAPI LGTBQ community. “These types of experiences can be traumatizing in that they negatively impact humans' inherent need for safety, belonging, and dignity.”

Dr. Pae also references the “double minority” status as a stressor. The trauma that comes with deviating from the societal majority is only compounded by the more minority groups you occupy. It sounds simple, or maybe even obvious, but the more “different” you’re perceived to be, the worse you’re treated, especially in the formative years of adolescence.

I’m sure every reader here can attest to the fact that when you’re young, homogeneity is valued above all else. Your worth is assigned to you based on how much you fit within a particular image. That can include things you can alter, such as your hair or way of dressing. However, it can also (and often) contains things you cannot change, such as your race or sexuality. Lorraine sums it up neatly:

“Mental wellness is made up of many different factors, including our sense of self, sense of security/safety, and how we relate to and fit in with others. The disturbance of core needs can lead to mental health concerns, including anxiety, depressiveness, and suicidal thoughts or desires.”

I’m glad I made it to the other side to see all that I’ve gotten to do. I’m proud to have lived long enough to meet my dog, Orson, and to take naps in the sun with him. I have friends I cherish. I’ve learned that there is a difference between being alone and being lonely. This life is already longer than I thought it would be.

With such heavy news, the knowledge can feel burdensome and paralyzing. During the bulk of these past few years, it felt like I couldn’t go a few weeks about reading about another person who was attacked for being Asian. Bogged down by the information, not knowing what my next move should be, I did what I felt was right: I checked in on my loved ones. It only takes a second.

If you are struggling with thoughts of suicide, you can call the Suicide Prevention Lifeline at 1-800-273-8255 or live chat with them here. 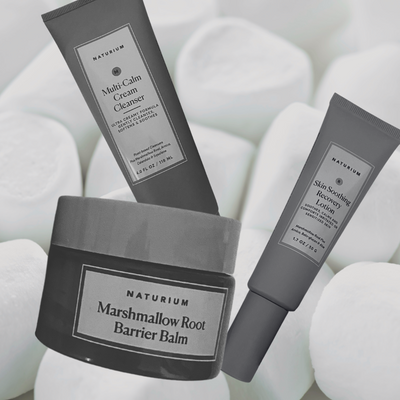 
Damn. My vanity is covered in Naturium again. 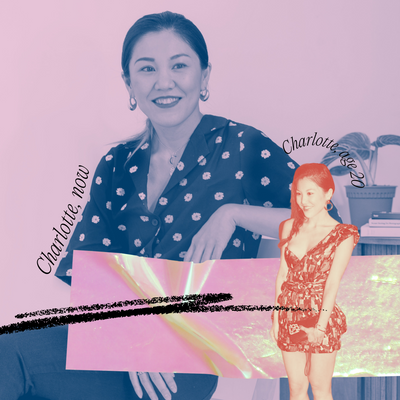