It’s okay to not be okay. 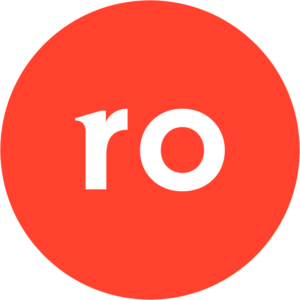 There are real strides happening with men and identity in our modern age.

We’re changing the definition of what it means to be a man, be independent, think for ourselves and express ourselves authentically. As we’ve written all week, masculinity and its definition are beginning to open up its doors to become less rigid – and that’s really changing our world. But there’s still something we’re not talking about enough: mental health. Statistics show that guys are less prone to seeking help than women and because of this. According to the American Psychology Association, 9% of American men experience some kind of mental health symptom ranging from anxiety to depression but only one in four will actively seek help.

“It’s really difficult to talk about mental illness especially if you’re male and  harder to talk about it with friends,” explains Sachin Doshi, the director of development at Mental Health America, to Very Good Light. In his research, Sachin says that men will only ask for help if they feel they can reciprocate the favor in some way. “When they feel it’s one-sided, it makes them feel weak. Men in general, feel they can fix problems themselves, almost like working on a car or fixing a tire. And a lot of the times that means trying to figure things out.”

Men are 3.5 times more likely than women to die by suicide.

But when it comes to mental health, figuring it out on one’s own rarely has a positive outcome. It’s why, according to the American Foundation for Suicide Prevention, that men are 3.5 times more likely than women to die by suicide. Among all suicides in this country, 4/5 are by men. Suicide is also the second leading cause of death for men 25-34.

“It’s cultural, men traditionally have that mentality of being fiercely independent and providers,” says Dr. Nathaan Demers, VP and director of clinical programs at Grit Digital Health. “It’s not okay to not be okay in our society.  Our culture reinforces everyone to be doing well. When someone asks, ‘how are you doing? Instinctively, we respond with, ‘it’s good, it’s great.’ Our culture reinforces that. We need to make it more okay to not be okay.”

Such conditioning comes from how Americans are taught to view mental health in general, says Dr. Wizdom Powell, the director of the Health Disparity Institute at the University of Connecticut. “Men are also taught very early on that they should just work it out themselves,” she tells us. “We need to be more comfortable with being vulnerable and reframing how men treat boys. Imagine if instead of talking to a young boy and saying to just ‘walk it off,’ we could ask, ‘are you okay?’ Think about the differences with responses and how vulnerability can change those norms.”

Dr. Powell points out to how our culture treats women and men differently. “Women are socialized to form relationships and bonds,” she says. “Men are taught to work it out. Problem solving with men and women are so different and that’s a critical part of the issue. Mental health also, in general, is not designed for men in mind.”

Which is why Sachin believes that though there are so many mental health and suicide preventions PSAs or campaigns, they’re not effective.

Among all suicides in this country, 4/5 are by men.

“Research shows that men respond differently and are less likely to respond to traditional campaigns,” he tell us. “They respond if you don’t have traditional mental health language and doing so with humor.” It’s one reason that a campaign called Man Therapy has been so effective at making mental health a little more palatable. The campaign, which received $1.2 million from the Center of Disease Control, is normalizing mental health for men in a way that has never been done before.

“The traditional hands of doom and gloom aren’t going to work with men,” says Dr. Demers, who works with Man Therapy. “We need to make it much more approachable.” The site includes humorous tidbits, yoga and breathing exercises all from an approachable character named Dr. Mahogany, who is branded to be “part therapist, part drinking buddy part football coach.”

Since its launch, the site has had over 1 million hits and 300,000 men taking a mental screening. “A lot of our research we have to talk to men in their language. We know that we need to speak to our target demo in the language they’re interested in. If I’m talking psychology babble and clinical terms they shut off and are like, that’s not for me.”

This normalization is what is helping to save lives, Dr. Demers says. “I think the first thing as a culture is conveying the fact that we are all in the pool of mental health together. It’s like cholesterol levels and checking up on that – we want to make it a part of your overall well-being.”

But a huge obstacle is that most people still don’t view mental health as something that’s important. “We’re talking about changing culture,” he tells us. “Twenty years ago, it was okay to drink and drive or not have seatbelts. It took society to see that this needed to change to it to do so. If we were to adopt mental health as a priority, too, this will change. 40,000 men die a year by suicide. That’s like a 100 people crashing in a plane. If there was a plane crashing like this so frequently, our society would be pissed that was happening.”

Twenty years ago, it was okay to drink and drive or not have seatbelts. It took society to see that this needed to change to it to do so. If we were to adopt mental health as a priority, too, this will change.

Dr. Demers does see culture shifts happening with portrays in the media being more humanized when it comes to men and mental health. Dr. Powell agrees. She says that the stigma around mental health and men is becoming more embraced with celebrities like Jay Z, The Rock, and athletes like Kevin Love all speaking up about their experiences. “I bet my money that Jay Z speaking out on his own experiences with mental health has had more of an impact on the population than any of my papers,” she says.

And hopefully, that’s opening up discussion. Sachin says the most powerful step any man can take with mental illness is to acknowledge it and to talk about it with at least one person.

“But I want to emphasize it doesn’t have to be in person,” he says. For many men, a face to face conversation may be a little much. “There are so many groups online where you can talk about it in the open. There are depression or mental health subreddits. There are links to private chatrooms.” There are also hotlines like the National Suicide Prevention Hotline.

Whether you’re experiencing depression, anxiety or any other type of mental illness, it’s important that you know that it’s okay. You’re not weird, different or you’re not considered “other” because of it. You’re also not alone. It’s okay to not feel okay. It’s only when it’s unmanageable that you need to seek help. The first step, though, is acknowledging what you’re experiencing for yourself. To see where you are, Sachin suggests taking a quick, minutes-long screening. You can take Mental Health America’s here or Man Therapy’s here.

If someone you know is struggling emotionally, having a hard time or having suicidal thoughts, call the Suicide Prevention Lifeline at 1-800-273-8255. 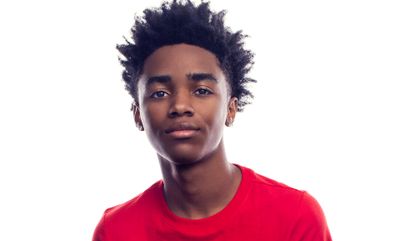 
Black masculinity and when you don’t fully belong 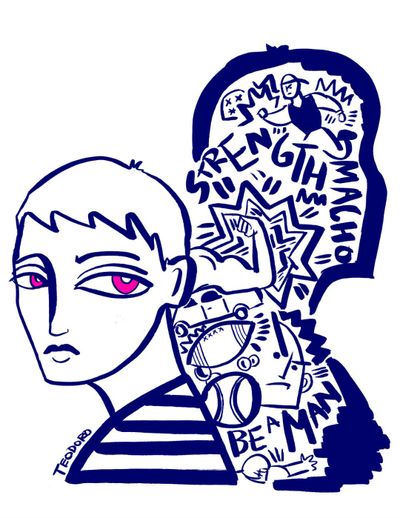