How beauty brands are responding to COP26 climate pledges

Last week, thousands of diplomats and world leaders across nearly 200 countries came together in Glasgow, Scotland for the 2021 United Nations Climate Change Conference, also known as COP26. Business leaders at beauty brands including Estée Lauder Companies and the British Beauty Council’s Sustainable Beauty Coalition were also in attendance to discuss how countries and companies can work together to tackle the growing climate crisis.

Climate talks at COP26 have centered around cutting methane emissions, tackling deforestation, phasing out coal, and driving clean technology. More than 100 nations agreed to end deforestation by 2030, and more than 80 countries (including most prominently the US and EU) pledged to cut methane emissions by at least 30 percent by 2030.

We talked to founders and representatives from Common Heir, PYT Beauty, and SISTAIN to find out what these climate pledges mean for the beauty industry.

Climate change affects every industry, including beauty. Over the last few years, beauty brands have grown increasingly public with their ambitions to become more sustainable. Last month, over 100 beauty brands joined forces for CodeRed4Climate, an initiative calling on brands, consumers, and lawmakers to form a united front for climate action.

Cary Lin, founder of ​​sustainable skincare brand Common Heir, feels hopeful about the collaboration that’s occurred not just on the global scale at COP26, but at the industry level as well.

“I think many beauty brands are committed to doing their part, and we’ve been proud to join forces with other brands in advocating for climate and environmental justice policies as part of efforts like CodeRed4Climate,” Cary tells Very Good Light.

“While transportation emissions are often the largest source of emissions for our businesses (we offer carbon-neutral shipping options), our approach to rethinking plastic packaging and responsible sourcing are core sustainable values for us,” she says. “As part of COP26, we’re particularly excited about the release of science-based targets to measure and verify net-zero targets to avoid greenwashing but would like to see these guidelines be more accessible beyond big corporations but also small brands.”

PYT Beauty relaunched and rebranded in April of this year with a focus on sustainability. PYT Beauty’s entire collection was re-packaged to include post-consumer recycled plastic or sugarcane-based plastic. The brand also eliminated mirrors from palettes. Achelle Richards, PYT Beauty partner, and chief product and creative officer, told Glossy that these efforts reduce carbon emissions by approximately 77 percent.

“We were happy to hear that there was a strong theme with alignment and agreement about the absolute need for renewable energy sources,” founder Mary Schulman told Very Good Light. “We are doing everything we can at PYT Beauty to reduce our impact on the Earth with the use of PCR, reducing packaging and making our packaging recyclable where possible.”

Jaclyn Tracy, founder and CEO of sustainable DTC marketplace SISTAIN, is happy to see progress being made at COP26, but believes “it’s still not enough.” She believes the beauty industry has a major role to play in future climate action.

“Plastic packaging of beauty products have also played a significant role in climate change because heat can cause plastic pollution to release greenhouse gases and this plastic also winds up in our oceans far too often,” Jaclyn tells Very Good Light. “Tackling the climate crisis requires reducing pollution in the oceans, which collect 8 million tons of plastic yearly. As a supporter of 1% For The Planet and Ocean Conservancy, I was thrilled to hear that ten new countries have pledged their support of the ‘30by30’ target to protect 30% of the world’s ocean by 2030.”

Proctor and Gamble have pledged to be net-zero on greenhouse gas emissions across its operations and supply chain – from raw material to retailer – by 2040.

Representatives from Estée Lauder Companies (ELC) joined world leaders at COP26 to discuss reducing carbon impacts beyond direct operations, which is a core pillar of the company’s climate action strategy. In alignment with the pledges agreed to at COP26, ELC announced last week that it pledges to further reduce emissions across the global supply chain.

In addition to these efforts, the Estée Lauder Companies UK & Ireland division also announced a £500,000 commitment to restoration of UK’s National Parks.

“Our five-year commitment to support nature-based climate initiatives in the UK’s National Parks underlines our desire for decisive action on climate change,” says Sue Fox, President of Estée Lauder Companies UK & Ireland. “This partnership is focused on helping to protect and restore the UK’s most precious ecosystems through pioneering nature restoration projects designed to combat climate change and the biodiversity crisis.”

In 2020, Unilever set a goal to achieve zero emissions across its own operations by 2030, and net zero across the brand’s value chain by 2039. As of September of this year, all Unilever factories, offices, R&D facilities, data centers, warehouses, and distribution centers around the world are now powered by 100 percent renewable grid electricity. The personal giant is aiming to have all key agricultural crops sustainably sourced by 2023.

At an event hosted from COP26 in Glasgow, the SBC announced the release of the Planet Positive Beauty Guide: a definitive guide designed to decode the jargon and safeguard against “greenwashing,” which is the practice of beauty brands making misleading claims about the sustainability of their products.

“Greenwashing not only means shoppers are making what they think are ‘green’ choices which can actively be harming the environment, it also drains credibility from brands genuinely dedicated to sustainability and being environmentally friendly,” says Jayn Sterland, Chair of the SBC and managing director of Weleda UK.

Earlier this week, the SBC and British Beauty Council called on governments and consumers to agree to a number of pledges, which include giving green grants and tax incentives to help small businesses prioritize sustainable business practices, invest in green manufacturing, increase regenerative farming practices, and offer refillable and reusable packaging, among others.

The future of sustainability in the beauty industry

While there’s still progress to be made, the decisive actions pledged at COP26 are an important step in creating a more sustainable future. The beauty industry, and especially the large beauty conglomerates, are responsible for the part they played in perpetuating the climate crisis, which means it’s also in their hands to reverse it.

In the future, you can expect to see sustainability to become the next frontier of beauty innovation. This includes better technology, more sustainable packaging, and ethical ingredient sourcing. Sustainable beauty brands are no longer the exception – they’re the rule.

We all have a part to play in climate change, including consumers whose overconsumption had led to a proliferation of beauty brands and products. 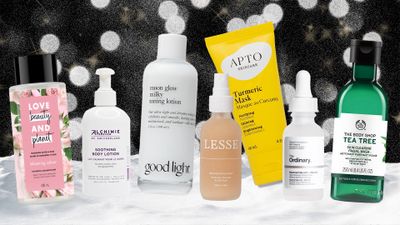 
What happened to RFLCT? A breakdown of the controversy 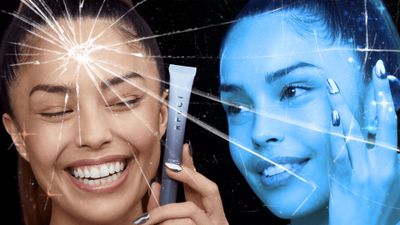