It’s the dawn of the gender-free fragrance revolution 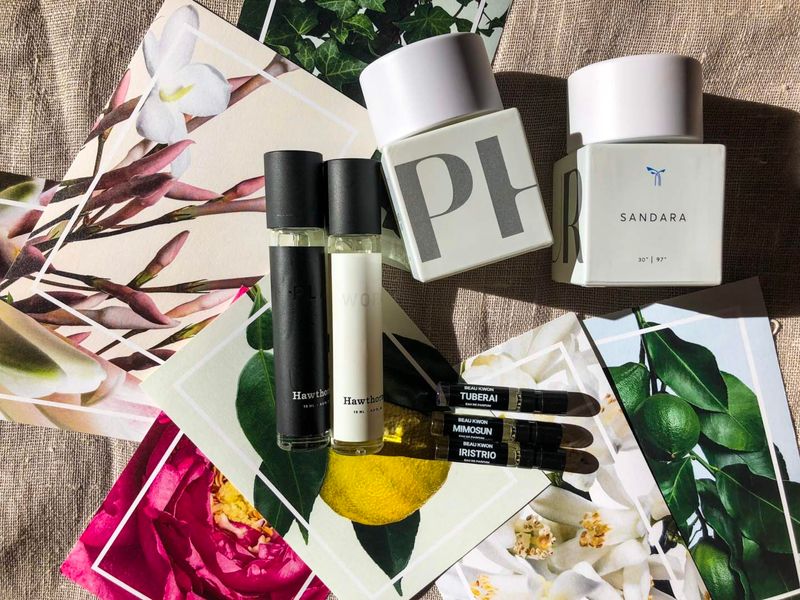 It feels like we’re waist-deep in the gender revolution in 2018.

RuPaul’s Drag Race, arguably one of the most visible shows for gender as performance art, just got nominated for 12 Emmys. Spanish menswear designer Palomo Spain continues expanding on their feminine-leaning, fantastical narrative to the (truthfully antiquated) story of men’s fashion; while Syro, a NYC-based QPOC shoe brand, is making “high heels accessible for all” with styles going up to men’s size 14. Gender-free retailers like Phluid in New York and  VERV London dress the sexually fluid demographic. And let’s not forget Boy beauty, which has opened up a whole new world to makeup-obsessed guys everywhere.

You get the point. The genderless future has finally arrived and it smells like…wait, what’s the smell?

While we’ve identified what genderless fashion or beauty could look like, we still have yet to define its fragrance. Is it light and citrusy? Musk and wood? Does it have floral notes or all of the above?

Led by niche brands like PHLUR, Hawthorne, and Beau Kwon, we’re starting to see the slow fall of the Gender Binary Wall in the fragrance world. Rather than creating fragrances based on gender, brands are now creating unisex or gender-free versions that speak to a growing demographic that cares less about gender and more about individual preference.

In its origin, fragrances had no gender specifications (much like makeup, clothes, and heels). Back in the days of Ancient Egypt, people would use perfumes to connect with the Gods. The Greeks recommended scented remedies using sage and cumin in the form of baths, smoke, and oils.

The genderless future has finally arrived and it smells like…wait, what’s the smell?

“Gender didn’t play a role in fragrance until post-WWII, Mad Men era advertising. If you went back to the days of Belle Epoque France, just as many men were wearing florals as women. Why? By definition scent doesn’t have a gender,” Eric Korman, co-founder of PHLUR tells Very Good Light. Like most things that fall prey to capitalism, gender became ubiquitous in the industry as a means to sell more product. When perfumer Pierre Bourdon elevated the smell of detergents and cleaning products with Cool Water, this new freshness category was cemented as the de facto modern man’s scent. While on the other side, the discovery of using aldehydes in perfumes via Chanel No5 started a trend of women smelling like some iteration of a powdery and citrusy flower.

Essentially, someone just decided that certain scents and notes would be for women, and others for men. Someone just chose.

“We really try to paint storylines for people to connect to, and sometimes it may lean one way or another, but it’s not intentional by gender”

Then just as such, we can choose to remove gender. We can choose to return to the days of late 19th century France where anyone could wear anything. It really just comes down to what resonates.

This connection is what PHLUR taps into when creating their fragrances.

“We really try to paint storylines for people to connect to, and sometimes it may lean one way or another, but it’s not intentional by gender,” Eric tells Very Good Light. When briefing perfumers on new fragrances, he “always starts with an idea or moment in time”. From there, he dials-up the #inspo with visual storyboards, keywords, and even a curated playlist. All these things are genderless, so the end product is, too.

“Only 39% of Gen Z buys fragrances geared towards their own gender, rather than non-gendered fragrances. Compare that to 49% of Millennials who say the same.”

“Ultimately, I wanted clean fragrances that are about how they make you feel, not how someone else is telling you how you should feel,” he tells us over the phone.

Fragrances are such an intimate product. From the moment the cool alcohol hits your skin to smelling another person’s smell when going in for a hug, there’s nothing more powerful. But that power goes to someone else. The #1 question someone asks, right after taking a whiff, is: What are you wearing? And from there, the conversation tips into brand-land, where the gravitas of the name impacts their reaction. Being preferential towards a brand isn’t a bad thing, but the complexities of a fragrance reveal so much more about the wearer’s interests, habits, and personality.

“We hope to change the conversation. Instead of answering with what brand you’re wearing, we want guys to start talking about how their preferences led to the fragrance they’re wearing,” Brian Jeong, co-founder, tells Very Good Light. After noticing that most of their male friends were wearing Armani’s Aqua di Gio or AXE’s body spray Brian and his partner Phillip saw the need for more education.

Where they become teachers for guys with little to no fragrance knowledge is through their online quiz. When users get onto their site, they’re greeting by an online fragrance counter rep that gets to know each person intimately. Using Q&As on fragrance knowledge, diet, and even workplace attire, it creates two unique scents per person. Work is meant for well, work, and Play, for the after 5pm version of you. By associating personal preference with scents in a custom-made cologne, dissociating gender seems almost natural.

For women, who are generally more sexually liberated than men, though, this isn’t something new. Most of my girlfriends have taken at least one thing from their boyfriends. Bible. But for men it’s not so easy.

“They’ve done blind studies with men smelling different scents. After being told what those were, they say ‘No that’s for my wife’ or ‘for a woman’, even though just moments ago, they said they would wear it,” Eric says.

“The line is dedicated to florals and I wanted the brand to transcend gender stereotypes, especially since florals are marketed as female scents”

Although many men have braved their way into wearing floral button-ups, wearing florals as a fragrance is still challenging. The reputation of these notes for being feminine creates a glass wall that guys refuse to break through.

“The line is dedicated to florals and I wanted the brand to transcend gender stereotypes, especially since florals are marketed as female scents,” Daehyun, founder of Beau Kwon tells Very Good Light. He asks each perfumer “to make the florals pretty masculine”. But this isn’t to mask florals in any way. From the fragrances themselves to the sharp-edge black-top bottles, to the mostly-black website, he dips heavy on the masculinity.

“The line is masculine, but I’m marketing it as unisex because I feel like women in general are not as sensitive about what they wear, in terms of perfumes, compared to guys,” he tells us.

Shade. But regardless of any hangups, the gender binary is slowly losing its grip. According to trend forecasting agency, J. Walter Thompson Intelligence, only 39% of Gen Z buys fragrances geared towards their own gender, rather than non-gendered fragrances. Compare that to 49% of Millennials who say the same.

“Gender is linked to biology, but less and less to products. With bathrooms, dress codes, makeup and cosmetics being embraced by guys more and more, who cares. Just live the life you like,” says Christophe Laudamiel, master perfumer for fragrances like Polo Blue for men by Ralph Lauren, and my teen fave, Fierce by Abercrombie & Fitch.

“I try to create a reality one wants to have, even if it is futuristic,” he says. 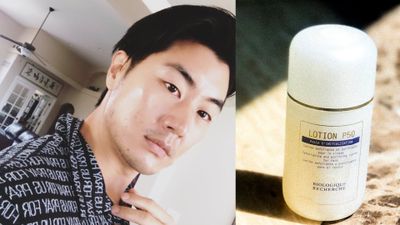 
Biologique Recherche P50 WORKS and the results will blow your mind


This is how easy it is to fake freckles 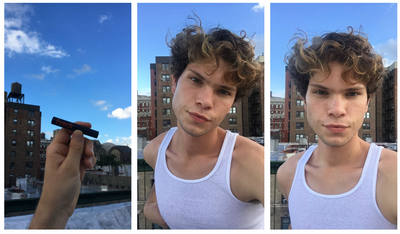