In beauty, ingredients are everything.

With “clean beauty” becoming ever more central in beauty marketing, consumers are growing more concerned with what goes into their products and not just their claims. Understanding the ingredients listed on the back of the bottle can be confusing, but the cost of not knowing could come at your own health’s expense.

A new class-action lawsuit was recently filed against health and personal care giant Johnson & Johnson’s hair care brand, OGX. The suit’s claims allege that the brand’s shampoo and conditioners contain harmful ingredients, with tens of thousands of consumers claiming these brands are causing everything from hair loss to headaches.

SEE ALSO: The 5 things happening in beauty this week that you need to know about

Unfortunately, this isn’t the first time a hair brand has been in hot water over using potentially dangerous ingredients. The beauty industry has a long history of lawsuits across many hair brands, which begs the question: why does this keep happening? What is it about ingredients in shampoo and conditioner that are so dangerous to our health?

To help make sense of the most recent OGX lawsuit and all the lawsuits that came before it, we dove into the drama behind some of the recent legal action against haircare brands.

OGX, TRESemmé, and the potential problems of DMDM hydantoin

The OGX lawsuit centers around one ingredient: DMDM hydantoin. The American Chemistry Council describes it as an antimicrobial preservative that is commonly found in personal care products like shampoos and conditioners. However, it is the ingredient’s action, not its function, that is causing concern.

However, scientists agree that larger amounts of formaldehyde exposure are dangerous, with healthcare workers, morticians, and salon workers most commonly at risk, and prolonged exposure has been linked to cancer.

For many years, it has been commonly used in hair relaxers, something that was condemned a decade ago by the FDA-supported Cosmetic Ingredient Review after customers began reporting coughing, wheezing, and even vomiting following its use. It can also be found in keratin-based products, as formaldehyde helps bind the keratin to the hair. But, some see the ingredient as a possible cause of hair loss and scalp irritation.

Last week, a second class-action lawsuit was filed against Johnson & Johnson for its inclusion of DMDM hydantoin in at least seven OGX products.

The suit claims that the company knew the ingredient was harmful and had actually announced and followed through with plans to remove it from all existing products by the end of 2015. In the summer of 2016, Johnson & Johnson purchased the OGX brand and never removed the ingredient from its products. The plaintiffs say that its failure to do so was negligent.

Formaldehyde donors are also the center of recent lawsuits filed against TRESemmé.

The brand, owned by Unilever, has been accused of unnecessarily using DMDM hydantoin in their keratin products, which allegedly caused some consumers to experience hair loss and scalp irritation. The plaintiffs claim that the company not only failed to warn of the potential risks associated with the ingredient’s use but neglected to switch to one of the safer alternatives that are now available.

Unilever actually settled a similar concerning one of their Suave Professionals keratin lines in 2014 for $10.2 million. According to the complainants, this is evidence that the company knew DMDM hydantoin was dangerous and still used it anyway – just like Johnson & Johnson.

The mysterious fall of WEN

The hair care industry is no stranger to scandal or lawsuits. If you’re a night owl or early riser, then chances are you’ve seen an infomercial or dozen advertising WEN by Chaz Dean. Today, the brand’s name is marred by scandal.

In 2016, the company, founded by celebrity hairstylist Chaz Dean, settled a class-action for $26 million less than a year after hundreds of people sued them.

It is still unclear which ingredient may have caused these reactions as there is little regulation around haircare companies disclosing ingredients, but WEN did use known allergens in its products, such as hydroxycitronellal.

The decline of DevaCurl

In 2020, four class-actions were filed against the formerly beloved curly hair-focused brand, DevaCurl. The lawsuits allege that the company did not properly disclose the potential harshness and side effects of their products, all of which are advertised as gentle. Some of the people suing allegedly had to cut off their hair or wear wigs due to severe hair loss caused by the DevaCurl products. The company claims the products are tested extensively before they hit the market and are safe for consumers. They’ve also said that the complainants’ hair loss may stem from pregnancy, weight loss, or stress.

So where do we go from here? The clean beauty wave, which seems to be here to stay, has been forcing more and more makeup and skincare brands to be conscious of what ingredients they use and how it affects their customers. While two senators are pushing for change and transparency at the national level through the proposed Personal Care Products Safety Act, it seems inevitable that this trend will trickle into the haircare side of beauty, which, combined with the recent lawsuits, will likely push haircare into using better, gentler ingredients. 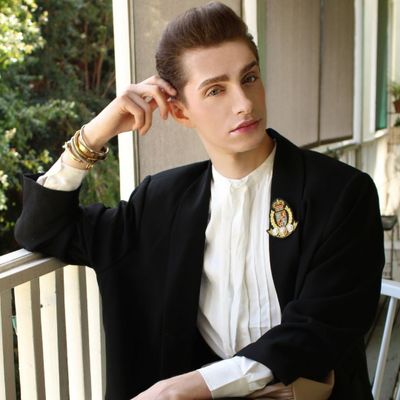 
How to get the TikTok “wolf cut,” and other androgynous haircuts trending now 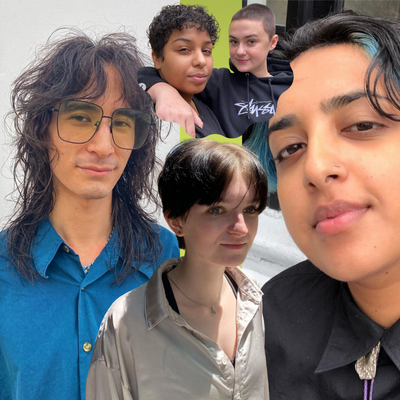