The non-binary experience is one that is rarely talked about, especially when it comes to relationships.

Dating for those who identify as non-binary can seem daunting. Non-binary people have found themselves getting misgendered on dating apps and not being accommodated or validated in their identity in relationships with unsupportive partners.

SEE ALSO: What it’s like to come out as non-binary

While non-binary people have existed throughout history, only recently have we as a society been able to accept and celebrate those who are breaking the gender mold. This shift in openness is due in large part to Gen Z’s high standards for openness and inclusivity. Gen Z is a generation where love is love and ignorance is not tolerated. With that being said, finding love in a time where gender is fluid is an experience that is lacking representation. Highlighting stories such as these can help others with their own gender journey, and know that love is out there waiting for them, too.

Very Good Light talked to three non-binary couples about their stories of love, loss, and learning.

Deluca and Chindma, and 19-years-old, from Miami Beach, Florida, and Los Angeles, California

Deluca and Chi met through Tinder. Deluca stumbled upon Chi and the two hit it off from the jump. Deluca was really into Chi and wanted to get to know them more as an individual. Both were going through odd phases of relationships, so they didn’t really see each other in a romantic way at first.

Deluca loves how Chi’s consistency and care for them comes through in any situation. “It’s insanely inspirational how they’re always there for me like no matter what. I’ve never really experienced that before, so I’m always so grateful,” says Deluca.

Chi is head-over-heels in love with Deluca. “I love hugging them and when they look at me because it makes me feel so warm inside. I love how comfortable and loved and special they make me feel. I love when they go on little rants or tangents about their favorite photographers, or favorite type of whale, or bugs they would like to collect. I just love everything about them.”

Love to this beautiful couple is finding someone that feels like home. The ability to be your raw self with another human being is their definition of love.

Milo and Delaney, 20 and 23-years-old, from San Francisco, California

Delaney and Milo met at work, where the two started out as “just friends,” as so many eventual couples do. Delaney was helping Milo get out of an abusive relationship until eventually, Milo found the courage to leave and officially became single.

Delaney says it was love at first sight, while for Milo it took some more time because of the circumstances. While Milo was quite shy, Delaney stepped up and made the first move.

Milo says that their favorite thing about Delaney is their ability to make any activity the best time ever. “They are my absolute best friend,” Milo says lovingly.

Delaney says, “My favorite thing about Milo is how safe they make me feel. I can be my authentic self in front of them and it has been so freeing.”

Milo’s definition of love has yet to be discovered, but they know that being with Delaney is what feels right.

They cite comparison as a downfall to dating in this generation, as there are tons of people available to compare yourself to. While that can be a downfall, they praise Gen Z’s willingness to communicate and be open with themselves and others. There’s always room to grow and understanding that takes this couple further when it comes to love and relationships.

Ophelia and Jessy, 21 and 20-years-old, from Pennsylvania and New York

Ophelia and Jessy met on Taimi, an LGBTQIA+ dating app. Ophelia made the first move and sent a message to Jessy. “I just had to tell them how handsome they were,” Ophelia recounts.

They clicked instantly. Jessy was keeping their options open but didn’t have the same type of connection with the others as they did with Ophelia. They ended up talking daily, about anything and everything.

“I know it sounds corny, but talking to them all day left me all smiley with my cheeks aching. After we had our first virtual video call date I knew I was in love,” says Jessy.

“Other than how gorgeous and amazing Ophelia is, I truly do love how they’re so open to being vulnerable with me,” says Jessy. “It’s something that’s difficult to do and requires a lot of trust when it’s being done with a partner.”

Love is about connection and trust for these two lovebirds. It’s about feeling like you are your most genuine and truest self when you are with that other person.

Before meeting Ophelia, Jessy lost their partner of over three years suddenly. That was the person they thought they would marry and it was hard for them to see a future where they’d ever be in love again.

“After meeting Ophelia, I realized that I can still love others to that extent and much more. Our relationship has really made me reflect on how I view love and has made me question whether or not I’d consider myself to be polyamorous, especially when I can’t deny the fact that I am in love with both my past partner and Ophelia.”

Their love for one another is always improving and growing because they’ve both realized that this relationship has taught them that healthy and open relationships are very possible and real.

1) Why are so many gay couples in open relationships?

2) How Gen Z uses sex as a tool for self-discovery, and other views on hookup culture 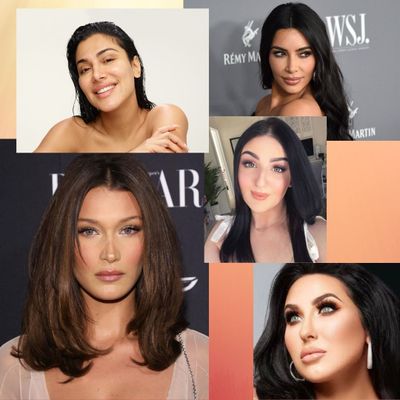 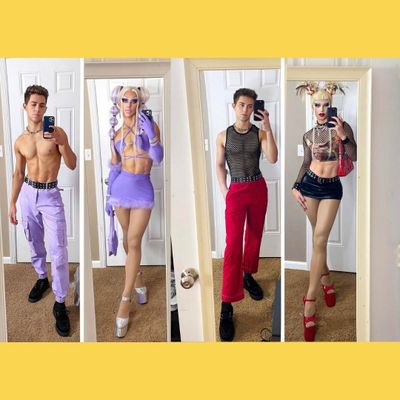