How Gen Z uses sex as a tool for self-discovery, and other views on hookup culture 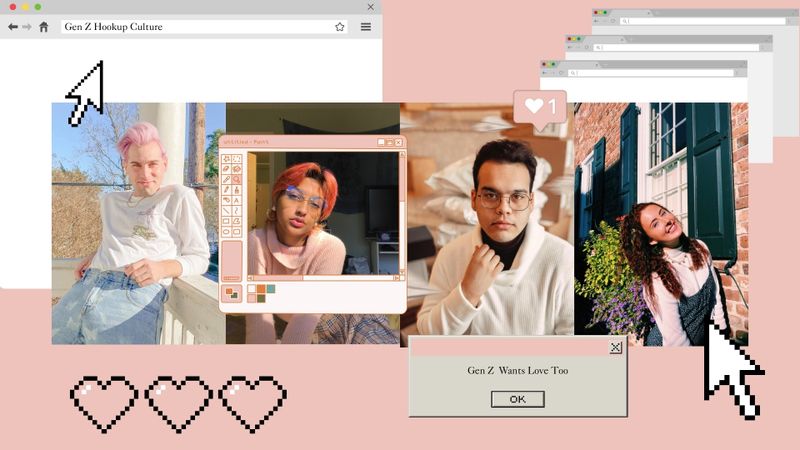 Gen Z is the most diverse generation on Earth – and so are their views on hooking up.

The varying implications of generational hookup culture are defined by the cultural norms instituted on society during that time. Previous to Gen Z, millennials broke down the traditionalist values of Generation X’s old-school dating practices and created the emergence of a sexual rebellion.

This final rebellion against formalist values occurred as the emergence of modern technology became synonymous with everyday life. It’s not that any single generation has more or fewer hookups or sex; it’s the intentionality of the individuals involved that seem to be the difference amongst each age group.

SEE ALSO: Dating from A to (Gen) Z: A queer love story that started at a Christian college

Where once upon a time, all hookups were from physical interaction, now, Gen Z folk can achieve them with the swipe of a finger. However, millennials paved the way for Gen Z’s societal liberations and allowed them to coin their own definitions of hookup culture.

As Gen Z has become a melting pot for gender and sexual exploration and identities, it’s no doubt that there is a large diversity in thought around hookups. Very Good Light chatted with several Gen Z folk to get their take on hookup culture and gain more insight into how hookup culture has impacted them.

The influence of technology

Julia Sasine (21-years-old, she/her, from Bella Vista, AR), who is “personally in favor of hookup culture,” follows this theme of technological influence, stating that “Gen Z [folk] are hooking up more because of access to the internet and dating app culture.” She continues to tell Very Good Light that the constant availability of hookups has ultimately made the act of hooking up with someone “more accepted in our generation.”

However, the adverse effects of dating app culture should not go unnoticed. For many queer Gen Z folk, the realm of Tinder, Bumble, and especially Grindr is something that we all know too well. The predatory grooming, lack of connection, and need for validation is something that most young gay folk on these apps have experienced.

For individuals like Troy Allen (24-years-old, he/him/they/them, from Savannah, GA), these apps have been a learning experience and an opportunity for self-reflection on what truly matters. After an extended period of getting “on the apps to try and find validation through men,” Troy describes how these instances left him “fed up with hookup culture” due to the state of “hollowness” it left him in.

Ultimately, Troy tells Very Good Light that they “took a year of celibacy” to reflect on what they wanted due to these feelings. Troy’s response: “Respect for myself.”

The relationship between hookup culture and sexuality

A significant benefit of hookup culture is the opportunity for experimentation. Julia explains her journey, stating, “I would not have completely accepted myself as gay if I hadn’t had the experimental experiences in hookups with men and women.” She continues, “I am one who doesn’t rely on theory alone to make decisions, but I need actual experience and personal involvement to base my decisions.”

For many Gen Zers, experimentation is a common thread. While some may know their sexuality before having any sort of sexual encounter, others might need some kind of experimentation. In a world currently filled with attractive folk on TikTok displaying the diversity of genders and sexualities, it is no wonder that some may need to experiment a little to clarify any lingering theories.

Furthermore, Aishika Sen (21-years-old, she/they, from Columbia, SC), who identifies as pansexual, states that “hookup culture [made] it easier to hook up with people of different genders without a ton of pressure on whether or not the hookup would lead to a relationship.”

One should note that not all people are like this, and some may be too emotional for hookups, but for others, it is an excellent opportunity to learn about yourself and your sexual preferences.

Influence of the pandemic

If there was any positive of the COVID-19 pandemic, it was the opportunity for all of us to inwardly reflect on where we are in life. Through countless hours of quarantine and an overall decline in hookups, individuals had the chance to honestly analyze their sexuality and feelings.

Through the absence of physical intimacy, Eduardo Holguin (21-years-old, he/him, from the Dominican Republic) conveys how the pandemic allowed him to feel “more reassured of [his] sexuality,” which later created a sense of self-worth.

For others like Sophia Berglund (20-years-old, she/her, from Portland, OR), the lack of hooking up for over a year has allowed for her to develop a sense of independence, and in her words, she’s “kinda loving it!”

For myself, the ability to reflect on my previous experiences solidified my distaste for hooking up as it always left me feeling worthless and unsatisfied. Though many of my intentions are rooted solely in personal anxieties, it was beneficial to have time to myself and not constantly search for validation from men.

It would be ignorant to assume that hookups completely stopped during the quarantine. Still, it is fascinating to see the effects a year in isolation can have on one’s self-esteem and desire for physical intimacy.

Throughout all of the interviews, one common theme was that each individual stated that they believed Gen Z was having more sex than any generation. However, none of them talked about aspects of pleasure or any sort of lustful desires they tried to fulfill through hookups.

For Gen Z, the ease and accessibility of sex seem in some capacity to affect the intentionality of hookups. In conversation with Very Good Light, all of the folks involved described how they’ve learned and found personal benefits of hooking up outside of physical pleasure. For them, hooking up was a means to understanding themselves, their sexuality, and personal desires.

For the most part, “Gen Zers are looking for much more meaningful connections” when it comes to hookups, says Troy Allen. Though the diversity of ideas gathered, this seems to be a solid overall conclusion regarding Gen Z hookups. That’s not to say individuals can’t enjoy hookups just for the sake of lustful pleasure, but doesn’t it sound so much more inviting when your vulnerability is benefiting you? Or that you are learning something new about yourself?

It feels like most Gen Z folk have this idea of identity and expression that they want to explore, and one of those facets is through hookup culture. Whether or not you agree or disagree, you can’t downplay someone’s experience in finding themselves!

Whether or not you are thinking of hooking up with someone to explore your sexuality or for pure pleasure’s sake, always make sure to practice safe sex and consensual sex. We all have the right to sexual liberation, but be smart about it! Have fun, be safe, and for Gen Z’s sake, use sex as a tool for self-discovery – you never know what you’re going to find! 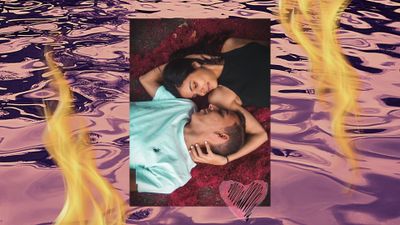 
7 people on what it’s really like to be polyamorous 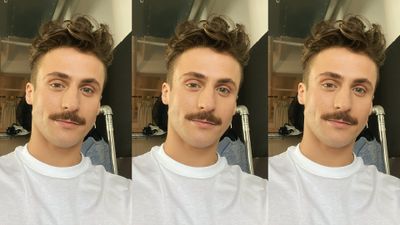