I’ve had two open relationships in the past and both ended badly. But I also happen to have several really good friends who are either in or have explored relationships beyond monogamy, which are generally more common in the queer community. So, I often find myself bumping up against my subconscious judgments of people who I respect and love simply for having a relationship arrangement that didn’t work out for me.

Recently, I decided it was finally time I confront my bias head-on and hear some friends out on their experiences with non-monogamy: the good, the bad, and the beautiful.

SEE ALSO: 7 people on what it’s really like to be polyamorous

First, I was curious why it seemed so many queers just couldn’t seem to keep it in their pants, even after deciding to commit. Make no mistake, monogamous relationships are still the standard, regardless of how you identify. However, a recent study suggests 30% of gay men are actively in non-monogamous relationships. Some might even argue that this figure is on the more conservative side of already available data. It does stand to reason that queer folks are out here sharing a lot more than Gaga memes.

To help make sense of the non-monogamy trend amongst gay men, I sat down with Emily Rizzo, LCPC, a licensed clinical professional counselor in D.C. with the Counseling Center of Maryland. Her specialty is working with LGBT+ clients and individuals in non-monogamous or polyamorous relationships, and according to her, open relationships just tend to come more naturally to queer people.

“I think having to go through the process to identify within our [LGBTQIA] community…you’re doing a lot of internal work thinking about relationships you want to have, an identity you want to have, a transition of your gender,” says Emily. “So you’re then thinking about your relationship, and what that could be…[and] since we’ve already moved away from the cis, straight world, there is more of a possibility to be open.”

Three-ways, from the perspective of the third

While this stands to reason for most, it happened not to be the case for my friend, Franky, 30-years-old, who had no intention of ending up as one-third of a three-way relationship. He met a handsome stranger on an app and found out sometime around date number three that he wasn’t altogether single. His date had a fiance who was in rehab for substance issues. Franky felt that since he was in his 20’s, he should be open to exploring more unconventional dating situations. However, the stakes were raised when he was invited to meet the other man in the picture.

“It was within a week of finding out he had a boyfriend that he suggested we all get together for a dinner/movie night. After dinner, we were watching a movie together. Well, of course, in typical ‘Netflix and chill’ fashion, the three of us ended up making out and moving to the bedroom. You can guess how things went from there.”

For Franky, turning this three-way into a relationship was not the plan – but you know what they say about plans.

“From what I recall, it was a few weeks into hanging out with them that we had a movie night at their place with one of their friends, and one of them casually introduced me as their boyfriend. At that point, I’d been coming over and staying the night fairly often, but we hadn’t had any kind of “boyfriends/relationship” conversation.”

The relationship didn’t last long due to the unbalanced nature of Franky’s two partners, which often left him in the middle.

“I saw myself as a kind of mediator… a bit like a therapist for each side,” says Franky.

Uncomfortable with the dynamic, Franky sought an exit pretty quickly. “For myself in a future relationship…I think just focusing on a single person would be enough of a challenge for me…I still consider myself open-minded and would never say never to an open relationship, polyamory, or throuple, but it wouldn’t be the kind of relationship I’d seek out with purpose.”

According to Emily, the couple Franky was with probably wasn’t in the best place to add a third to begin with. “I think you have to look at why did you open up the relationship to start with? Are you both feeling really fulfilled? Or does it feel like something is missing? Not that that’s a wrong reason to open up, but what’s that foundation looking like? Are we strong? Are we honest and communicating, or are we looking for a distraction?”

The importance of honesty in poly relationships

While inviting a third into your relationship as a distraction may not be advisable, some couples discover polyamorous arrangements for more practical reasons.

Danielle, 32-years old, and Petra 26-years-old have been married for three years and to them, being open came about in part while dealing with the logistics of starting out as a long-distance couple. But according to Danielle, there was a bit more to it.

“I had been cheated on in the past, and so my thought process was like, ‘Hey, if we like set rules and what counts as cheating, there’s no reason to cheat anymore.’”

This sentiment was echoed by Danielle’s partner, Petra: “Our sex life is complimented by these experiences if that makes sense…they’re a complement to what we already have.”

The couple had similarly thoughtful views when it came to making sure their relationship was in a good place before including a third. “It’s a form of protection but it’s also respect…” says Petra. “It wouldn’t be respectful to other people if Dani and I were having problems and brought a third in. It wouldn’t be fair to the other person, it wouldn’t be fair to each other.”

When it comes to jealousy in poly couples, Emily suggests keeping the lines of communication open. “I think before you put everything on your partner, sit with yourself first and look at what’s going on. Ask yourself, why am I feeling jealous? Then I think you have to talk with your partner about what’s happening…”

Dating and living as a non-monogamous person

Another friend, Jon, 33-years-old is a self-identified asterisk of sorts. “I think that I am [polyamorous]. I’m more of a sapiosexual and I really need that intellectual engagement. It’s really hard for me to hook up with someone, have a deep talk with them, and just be like, ‘ok bye.’”

While Jon says he has been aware of his desire to be open for a while, I have to admit that his recent coming out as poly did catch me off guard. Up until last year when he and his ex called it quits, he had been in an eight-year-long relationship, one of the longest of any queer person I knew. Jon says the breakup, while difficult, left him with more clarity about what he needed from future relationships and what he calls the harmful practice of prescribing one specific type of relationship or lifestyle to everyone.

However, he is quick to admit his “free love” take on sex and relationships, while alluring, does take getting used to for some of his partners.

“There’s been times when I wanted to have some crossover with friends…I actually just experimented with some of that,” recalls Jon. “For my birthday, I invited over several people that I’ve been engaging with intimately and some of them were ok with it, for others it was a challenge for them but I think that once we all talked about it openly, without the feelings of jealousy…all the people involved saw how important each individual person is to me.”

While living a non-monogamous lifestyle can seem freeing, Emily insists that there’s still a fair amount of responsibility that needs to come with it. “I think it’s just about being honest and naming what your role is…is everyone (if they’re sexually active) getting tested regularly and making sure that they’re having conversations about that? What are the boundaries, does everyone want to know everything or are people fine not knowing what’s happening…and is everyone holding up their end of the bargain?”

“I have been through some very rough times that made me realize that this mental prison I was being put in by society, and the norms that were getting created for me, were just not something that I wanted to put up with anymore.” Jon unpacked. “…Because I know that if I can’t be true to who I am, and what I wanna do, I’m not gonna make it.”

Emily agrees with the sentiment. “We have relationships with each other because we are people who desire love, need love, wanna give love…but you’re in relationships with others and you’re in a relationship with yourself too. I think if you’re able to give yourself the space to explore and really look at what could work for you, you’ll find your people.” 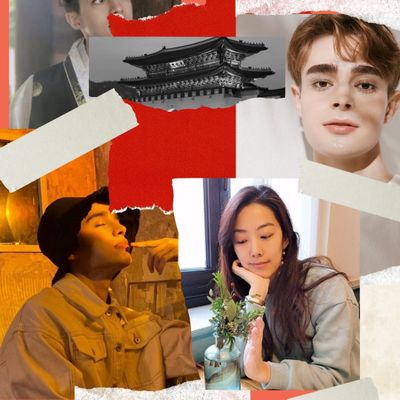 
Why are beauty influencers and brand owners moving to South Korea?


What’s a college beauty network? How to find the best beauty stylists and stores at a PWI 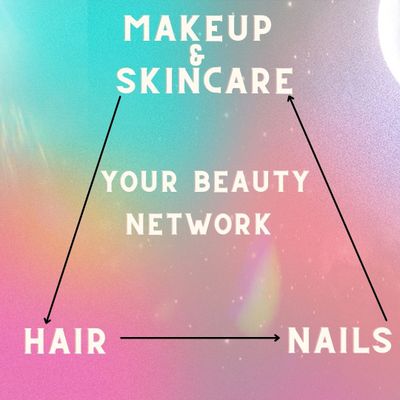