Meet Yasha Lelonek, the Gen Z actor who is blazing trails for trans women of color

Yasha has written, co-directed, and starred in multiple projects like choreopoem FIEBRE, The Destroyers, for the Pro-Black One-Act Play Festival with Affirmation Theater Company, and starred in new work by Jeremy O. Harris at Playwrights Horizons.

, Yasha’s experience as a trans woman of color is an important story to highlight and include during Black History Month, as Black trans femmes have been experiencing violent hate crimes at a high rate. Yasha’s Instagram account @yashalelonek is a glimpse into her creative mind which shares her perspective through her art; it makes you feel like you’ve stepped inside a painting straight out of the Renaissance era. Just as the Renaissance era marked the transition from the Middle Ages to modernity, Yasha is currently undergoing the planning and preparation of her own transition; she’s currently raising funds to complete her transition and undergo gender affirmation surgery.

SEE ALSO: Self-love activist and creative genius @okdeon on coming out, representation, and falling in love with himself

Originally from Queens, New York, but raised in Atlanta, the NYU drama major is in her senior year of university at just 20-years-old. “Mama’s got a big brain,” she says as she explains her aptness for academics. Yasha attended the International Baccalaureate Programme in high school, which looked great on her transcripts for NYU.

Very Good Light spoke with Yasha about her coming of age experience, her perspective on transitioning, and aligning with her true identity.

“I think that my coming of age journey is very much so still underway because my transition relatively speaking is still in its infancy,” Yasha tells Very Good Light. She began transitioning medically at the end of this past summer and socially, meaning using her name and preferred pronouns, about a year before that. She says it’s shifted how she views the world and even how the world views her as an openly trans person of color. “You make the choice to willingly give up a lot in order to see yourself and be in touch with and honor that,” she says.

“Every day when I step into the world, I’m regarded as so much different than I was before,” says Yasha of her experience as an out trans person in the world.

“Whereas before, I existed in a non-binary lifestyle and it was really beautiful because going out in a beard with my nails and like, super butch and wearing feminine clothing was kind of like an armor; people could clock my queerness just by looking at me and could make the choice whether or not to engage. I knew automatically what to expect from people based on how they talk to me or look at me. Whereas now the kind of isms and phobias or celebration and affirmation I experience is more subtle.”

Yasha shares that she’s relearning herself, her likes and dislikes, what’s she’s drawn to and repulsed by, and says it’s all a result of the realigning of her sense of self. “I had to mold and shed that second skin and regrow, and relearn what is actually going to serve me, what do I actually love to do, where I actually love to be.”

She says she’s in a space where she’s trying to sit and appreciate the moment that she’s in now and allow for that space to look a bit different the next day, as she is in her transition. She has to leave herself open to that.

“Transitioning is like any period of growth in the human condition. It goes in an upward and sometimes downward spiral. It’s the arrival and departure of any given moment and I think that’s what makes it so beautiful.”

Obviously, beauty standards are quite specific to one type of acceptance, but Yasha shares something so insightful about today’s beauty standards and how assimilating to them affects trans women people of color.

“You can include yourself but the standards themselves are violent,” she explains. “So when you make the choice to include yourself, sometimes there’s a rupture and there’s an incentive to assimilate, to mold yourself in a way that is deeply uncomfortable for you but makes you more palatable to your environment so that you can survive.”

To sort of picture what Yasha meant about these standards as violent, she paints a picture of someone having to rip off or strip away the skin they’re in and then placing a new one on. Once you get to a point of realizing that isn’t who you are and get out of that space, you have to strip off that skin again to actualize who you really are, which is also painful but necessary.

That tension in the self is interesting to her. She looks inward to her life and in her work as she uses her position in the world as a way to critique it. “Having the wherewithal to say this is not for me and this space is not accommodating of me and I don’t give a fuck, that speaks to your point of view and your strengths as a person.”

Yasha shares the privilege of knowing trans women of color that she can call her peers. Specifically, the women that are a part of the Black Trans Femmes in the Arts Collective, with who she’s been able to work with and collaborate as an artist. She credits those women as inspirations to her and her views on holding space as a trans woman of color.

“I’m not necessarily interested in the politics of representation. Too much of an emphasis on the politics of representation allows for the existence of dog whistles and meritocracy wherein the kinds of people who are palatable to a white cis-heteronormative status quo are allowed the spotlight. I can name 20 black trans femmes right now who deserve the spotlight, too.”

She thinks representation shouldn’t be the end all be all in the community. “There should be trans women in the writer’s room, being cinematographers, as filmmakers, editors, producers, theatre-makers, sculptures, politicians, shop owners, and as models. I want them to occupy all senses of normalcy in society as everyone else is afforded because we deserve that.”

Representation to her isn’t just about being on TV or in magazines, but about being fully recognized for the multifaceted existence that trans women have.

Yasha’s talent is multi-hyphenate, as she’s had experience in styling the singer Raveena, costume designing, and directing creative projects. Her process always has the comfort and care of trans women in mind to always make sure they’re presented in a light that isn’t rendered in a transphobic eye. “I always make sure that every project I’m apart of centers the beauty and joy within Black trans femme experience.”

After reading Cicely Tyon’s memoir, an excerpt from the book influenced her greatly in how she views art in terms of the political aspect. In the book, Cicely recalls a time a reporter spoke about their skepticism on how her film “Sounder” depicted black people in a loving relationship. Another reporter stood up during a press tour and admitted that they didn’t know that Black couples had loving relationships. This moved Yasha in a way that makes her want better for the trans community in where the trans woman is seen as human and treated with the respect and dignity that they deserve in all aspects of representation, whether that be through media or behind the scenes.

“At the end of the day, simply existing in myself and in my skin and not allowing that to dissuade my goals in life and not allowing myself to be written into non-existence is radically political.” 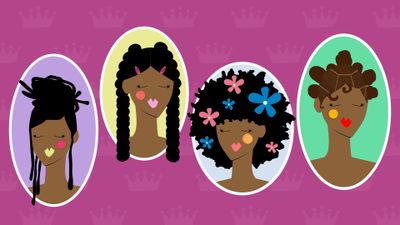 
Becca Cosmetics is shutting down for good later this year 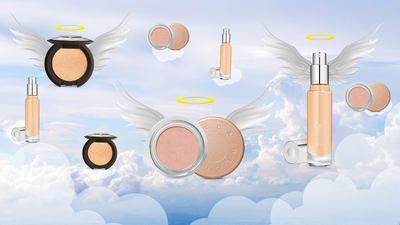