What happens to the teens who turned in their parents for participating in the Capitol riot?

After the January 6th insurrection at the United States Capitol building, more news has leaked about the prosecution and identities of people who stormed the Capitol at Trump’s direction that day.

232 people have been arrested so far – and counting. The FBI has a call on its website for leads on identifying people at the insurrection–a trove of photographic and textual evidence showing suspects present at the violent uprising.

SEE ALSO: Is unity with Trump supporters possible in a post-insurrection world?

Many professional and amateur sleuths have successfully identified and helped arrest dozens of people involved in the riots after arduous searches and data-mining of Facebook and Twitter, as well as archiving data by the forcibly shut down Parler app. People identified and reported their co-workers, neighbors, and for some Gen Z teens, even their own parents.

Unfortunately, for many of them, the hardest part wasn’t the act of turning in their parents, but their parents turning against them afterward.

Capitol rioters called out by their kids

One teenager, 18-year-old Helena Duke, saw a video on Twitter of her mother instigating a violent altercation against a Black woman at the insurrection, and reposted it, identifying her mother and the relatives that were with her at the Capitol on January 6th.

In her post, Helena wrote, “Hi, this is the liberal lesbian of the family who has been kicked out multiple times for her views and for going to BLM protests to care what happens to me,” before identifying her relatives who were at the insurrection by name. Duke has left home and started a GoFundMe to raise money for her college education after being disowned by her parents.

Jackson Reffit, a Texas teenager who alerted the FBI to his father’s active participation and plans involving the January 6th insurrection, is now in hiding due to family threats after reporting his father’s actions during and following the events of January 6th. Jackson’s father, Guy Reffit, was arrested in Texas after returning home from Washington on charges of unlawful entry on Capitol grounds, as well as obstruction of justice for threatening people, specifically his immediate family, to not turn him in to the authorities.

As federal agencies begin to identify and press charges against rioters from the Capitol insurrection, and with Trump’s impending post-electoral impeachment trial to begin next week, there will undoubtedly be more fallout from family tensions due to widening gaps in empathy with one another and strained political divides. Many of these falling outs will be public and painful due to the visual optics of seeing a relative engaging in violent insurrectionist behavior or spewing hateful racist rhetoric.

In many ways, this growing movement of standing up against a parent’s hateful beliefs started with Claudia Conway, daughter of Trump’s former senior counsel, Kellyanne Conway. Over the past few months, we’ve seen Claudia’s relationship with her mother deteriorate and detonate in real-time over live-streamed TikTok’s and Twitter posts. Claudia has been vocal about documenting the abuse and social tension she has endured from the strain of being the outspoken liberal daughter of two extremely conservative and highly influential political consultants and pundits.

Things recently hit a boiling point when Kellyanne’s Twitter account allegedly posted a photo of the younger Conway topless, with Claudia then posting (since deleted) multiple TikTok’s angrily—and rightfully—denouncing her mother. She has since posted a video saying she believes her mother was hacked, but still holds her accountable for having a nude photo of an underage teenager on her phone.

Until recently, 16-year-old Conway was fighting for legal emancipation from her parents, but is now holding off on that battle after making a TikTok in which she said she would no longer comment on the matter of the leaked nude due to potential legal exposure for her family.

The uphill battle of teenage emancipation

I reached out to multiple lawyers about the implications of teenagers living with family members who might be a danger to the person involved in speaking out about and against the actions of their racist, conspiracy theorist-holding, abusive relatives, but no one was willing to speak on the record about this specific area of law regarding abuse and emancipation. One source spoke candidly about not knowing anything about that particular area of law because it was typically underutilized due to a lack of financial and support resources for the minor.

Legal emancipation from your family as a teenager is tricky and difficult to litigate, because in most states, you have to prove many things to the courts as a plaintiff while making your case; specifically, proof that you are in an unsafe or negligent situation, that you have or are completing high school, and that you can financially support yourself outside of familial support.

This burden of proof can be insurmountable in itself, but the additional financial cost of finding someone to litigate for a minor or work pro bono makes it even harder to get legal emancipation, especially considering the legal battle would take place against a plaintiff’s own parents, who likely have more resources to use against/for them in the court system. Each state has its own child protection laws, and thus defines what neglect, physical, sexual, and emotional abuse looks like–making every case unique to the people involved.

I spoke to a licensed social worker, Meghan Howe, who has had experience working with embattled teens who have successfully gotten emancipated. “I have seen cases where it has worked beautifully for the teenager–but the biggest obstacle is paying for legal fees and working against parents with substantial resources who fight the emancipation,” she says.

Meghan emphasizes that in family dynamics, the person with power will act out of fear in response to a difference of opinion to something they are passionate about, like religion or politics.

“Sometimes the parent will feel like they failed or feel like they are being disrespected, so instead of acceptance or open-mindedness of difference, they will tighten their hold onto their power and use it to try to control and influence their children [from speaking out],” says Meghan.

“We can’t forget that children and teens historically have no rights or power, which is the foundation from which we are growing. There was a time that adults thought children were to be seen but not heard. This bias is reflected in the laws that govern us and limits access to help when children and teens need it.”

The future of divided families

As we reckon with the fallout and divisiveness of the last five years of Trump’s reign (including the year that preceded his successful 2016 presidential run), we are sure to face many more narratives of division and destruction within familial and personal relationships, especially in the public sphere, given the nature of the viral press cycle that is so endemic to our current moment in time.

Many people will be facing a choice where they choose to litigate against or publicize the abusive behavior of the people in their lives…or live with it. My hope in all of this is that we–all of us, adults and teens–learn to better advocate for one another, and defend all people whose safety is compromised by the insidious wounds and ideologies sown by the past administration. 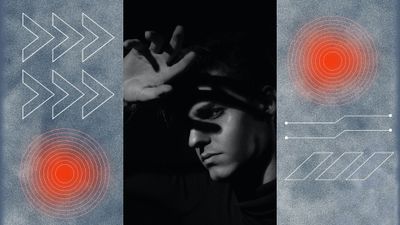 
How TF are TJ Maxx’s beauty deals so good? We investigated. 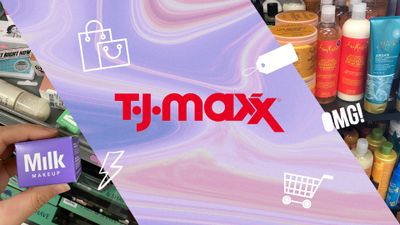