Claudia Conway is fighting for emancipation following her political activism. Here’s what that really means.

When I was a teenager, I would constantly get into screaming fights with my parents over nothing.

Then I would go and vent to my friends about how my parents didn’t understand me, and my friends would respond that the same thing was happening in their homes. And then we would all joke around about getting emancipated so we could live together on our own.

None of us ever were serious about going through with it as we all, fortunately, came from homes with loving parents who were certainly not Kellyanne and George Conway. For their daughter, Claudia, emancipation might not be such an empty threat.

By now, you’ve probably heard about Claudia Conway: TikTok star and rising political activist. You probably also know her parents. Her mother, Kellyanne, is a Kate McKinnon lookalike on a good day, as well as President Trump’s 2016 campaign manager and senior counselor. Her father, George, is a conservative lawyer who is currently one of Trump’s most outspoken critics.

Claudia Conway has been making headlines all summer with her politically charged TikToks, as they reveal that she stands in direct opposition with both of her parents. Although Kellyanne and George belong to separate parties themselves, they both remain tried and true conservatives. In contrast, Claudia has repeatedly announced that she is “100-percent leftist and liberal.”

While George—who frequently uses Twitter to attack President Trump—was initially proud of his daughter for using her platforms to do the same, Claudia has reminded her followers that they shouldn’t “stan” him because he still doesn’t support her cause.

And what is Claudia’s cause? Educating her generation. She frequently duets those on TikTok who share similar political views as her parents, calling out the posts for promoting ignorant perspectives. In June, Claudia told USA Today that “a lot of my friends are so informed and I think they wouldn’t be if it weren’t for social media, which is why I think using one’s platform for good and for the education of others is so, so important, especially in our day.”

While a number of her TikToks are tongue in cheek—such as those which feature her speaking as a Trump supporter—Claudia has taken an impassioned stand in the months since George Floyd’s murder, posting resources to help her peers take action in support of the Black Lives Matter movement.

But Claudia has not only used her social media platforms to discuss her disdain for our current president. She has also documented what it is like to live in the Conway household. Claudia has alleged that her mother had her arrested on false charges and that there have been Child Protective Services investigations into her parents’ abusive behaviors. (Claudia has also repeatedly stressed that her parents’ political views are not the source of her tension with either of them.)

This past week, Claudia announced on Twitter that she would be seeking emancipation from her family as a result of “childhood trauma and abuse.” In response, both of Conway’s parents resigned from their public positions, citing their family as their rationale.

Although Kellyanne has said that she is going to “save the drama and focus on being a mama,” Claudia confirmed on Twitter that her parents’ decisions will not stop her from trying to move forward with fighting for her independence. Claudia’s case has brought up the possibility of emancipation to minors within her Gen Z audience who may know of the term but not necessarily what the process of getting legally emancipated is really like.

Emancipation is when a parent or parents are no longer legally responsible for their children. Emancipation occurs naturally whenever an individual turns 18 (or 19 in Alabama and Nebraska, and 21 in Mississippi). This is known as the “age of majority,” and it is when a child becomes an adult in the eyes of the law.

However, in cases like Claudia Conway’s, a child may seek a court order to emancipate themselves and petition to legally be considered an adult prior to the age of majority. Emancipation laws vary by state, as some states do not have any specific statues on emancipation and others don’t allow for court-ordered emancipation at all. Any minor seeking such action should look into the laws on the books in their respective state.

Minors can get emancipated without legal involvement, but cases like this are rare and often only occur when a minor gets married or joins the military, though both require parent’s permission.

To use Claudia’s case as an example: the Conways appear to maintain residences in both New Jersey and Washington, D.C. Neither the state nor the city has specific emancipation statues, which means Claudia’s process should look the same in both locations. While some states, like California, allow for minors as young as 14 to petition for emancipation, both New Jersey and D.C. generally require minors to be at least 16 before they petition. In both states as well as D.C., minors must also prove to the court that they can provide for themselves and are financially independent of their parents’ income.

What does this mean for Claudia?

Claudia is currently 15, which is just below the average requirement in both New Jersey and D.C. where she could petition for emancipation. While highly uncommon, it is not out of the question for Conway to still be granted her petition, especially given the severity of her allegations. She also appears to be working towards achieving financial independence through her new partnership with Cameo.

Given who her family is, it’s likely that Claudia’s case is going to be drawn out very publicly. This is likely the reason why her parents stepped down from their professional roles in the public eye.

Although older generations may see Claudia Conway’s online content as immature, anyone who listens to her speak can see that she is wise beyond her years. She talks frankly about her life, her mental illnesses, and her political beliefs. And above all of that, she’s only 15 and has perfected the WAP dance challenge. 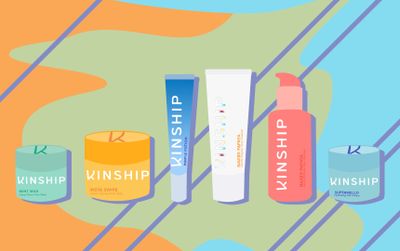 
How I Made It: Kinship Co-Founders Alison Haljun and Christin Powell on creating a Gen Z skincare brand that is both pretty and potent


Tomato skincare is the summer superfood your skin craves 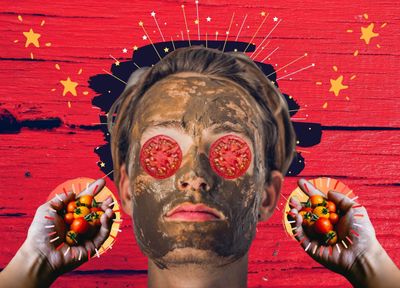